Yvonne Orji is Taking Over Comedy in Balenciaga Boots

Yvonne Orji’s energy is contagious. The 36-year-old star of Insecure is a vibrant presence onscreen—her witty, confident, and wildly unlucky in love character, Molly Carter is endlessly watchable—but away from the cameras, Orji is even funnier. A standup comedian before landing her role on Issa Rae’s HBO hit, Orji returns to her roots this week with a standup special, Momma, I Made It. A compelling mix of travelogue and belly laugh-inducing social commentary, the special showcases the full range of Orji’s talents. Whether she’s guiding her audience through the art of haggling at a market in Lagos or sharing the story of her mother’s reaction to her Hollywood aspirations, she delivers each beat with rapid-fire humor that brings viewers deeper into her world. Many first-generation Americans can relate to her jokes—which are grounded in her own experiences—that merge the personal and the universal.

The unapologetically Nigerian perspective of Orji’s special is deliberate. “For me, it’s a love letter, it’s a tale of two cities and a tribute to my two homes,” shared Orji on the phone from Los Angeles. The homes she’s referring to are her birthplace of Port Harcourt in Rivers State, Nigeria and her hometown of Laurel, Maryland. Raised in a close knit Nigerian family, Orji originally planned on being a doctor and has a masters degree from George Washington University to prove it. Inspired to give comedy a try after entering a beauty pageant and having to settle on a skill for the talent portion, she incorporates aspects of her unique road to the entertainment industry into her act.

Family plays a role too and for her HBO debut Orji wanted to pay tribute to her biggest influences: her mother and father. “I want my parents to live long and healthy lives well into their hundreds, but if I only get one chance to make a special, I want to tell them thank you. I wanted to say ‘because who you guys are and what you mean to me, I’m able to be me.’ This is my way of introducing them to the world.” Naturally that includes some good-natured ribbing, recounting scenes from her life where her family is the source of hilarity. “Sure I’m making fun of them a little bit but you’ve got to laugh at the stuff you didn’t understand before but can appreciate now,” she says.

Nigeria’s pop cultural prominence—the prevalence of Afrobeats artists like Wizkid and Burna Boy as well as the rise of designers like Kenneth Ize traces back to the nation—adds to the timelines of Orji’s material. “We’re not only the most populous nation in Africa, we have the highest percentage of African immigrants in America,” she says. “You know a Nigerian; they’re your kid's best friend, doctors, nurses, and co-workers. People realize that we’re more than the email scam, that’s why I can have a joke about email scams within the show because trust me that’s not the only thing we’re known for. We’re the fastest-growing group of educated people in America, which should come as no surprise.”

In a moment when the debate over who gets to consider themselves an American is a prominent political issue, programs centered on the viewpoints of first-generation children of immigrants are especially meaningful. For Orji, it was essential to counter the negativity coming from the far right. “When Trump says ‘go back to your crap hole countries,’ I beg to differ. These are the communities that I’m part of and the people that I know,” she says. “That’s why in the special I had to be so unapologetic, I have full pride in the good and bad of being both a Nigerian and an American.”

Orji is equally assertive when it comes to her style. Thanks to the contributions of undeniably chic women like Maya Rudolph, 2 Dope Queen’s Phoebe Robinson and Jessica Williams, and A Black Lady Sketch Show’s Robin Thede, the stereotype of the frumpy comedian has long been banished, but Orji’s wardrobe is especially daring. When she steps onto the stage in a sharp shouldered suit dress, thigh-high Balenciaga boots, and the sleekest bob to ever grace a comedy special, she exudes confidence. “I told HBO they were going to get a documentary, music video, and comedy special all in the first two minutes,” says Orji who handpicked director Chris Robinson, the man behind MTV standards like Jay-Z and Beyoncé’s “03 Bonnie and Clyde” “I told him whatever you’re doing for Drake, bring that same energy!” she explains. “I’m going to always look nice because even if my jokes bomb the shoes and the outfit are going to be the bomb!”

The flair for drama within her wardrobe connects to her roots. “Honestly, it’s so Nigerian of me; when we go out, we show out,” she says. “We know how to make our statement; our image will match our vibe, and fashion is such a huge thing even for comedians. When you see a Nigerian comic hosting a wedding, they do it in a suit. You have to present yourself in a way where people see you and enjoy your talent, but they also respect your style. I know the comedians who will come out in jeans and a t-shirt, and that’s cool but it’s not me.” Creating a true standup style statement, one on par with Eddie Murphy’s legendary leather suits, requires a custom fit. Orji went with glamorous blazer dresses from Laurence Basse, a Project Runway alum. The dress arrived the day of, flown in from Los Angeles to Washington D.C., where the special was filmed. “The look was delivered to me at 3:45 and I hit the stage at 10:00 PM,” she says. “Laurence did an amazing job, and it was a sexy moment—comedians can be sexy too!”

With her special now streaming, a forthcoming memoir, and Insecure’s latest season in full swing, Orji’s schedule is jam-packed, but she’s already got her eyes towards the future. The first priority is bringing the richness and beauty of the African continent to a screen near you. “I want to do more movies, create dope projects, and tell stories,” she says. “There is so much untapped creativity, what Issa has done for the African American community in bringing forth these narratives that are so poignant and necessary and I want to do for Africa. We’re stronger together, and [when we] bridge the gap between the two continents, we can all work together to tell great stories.” 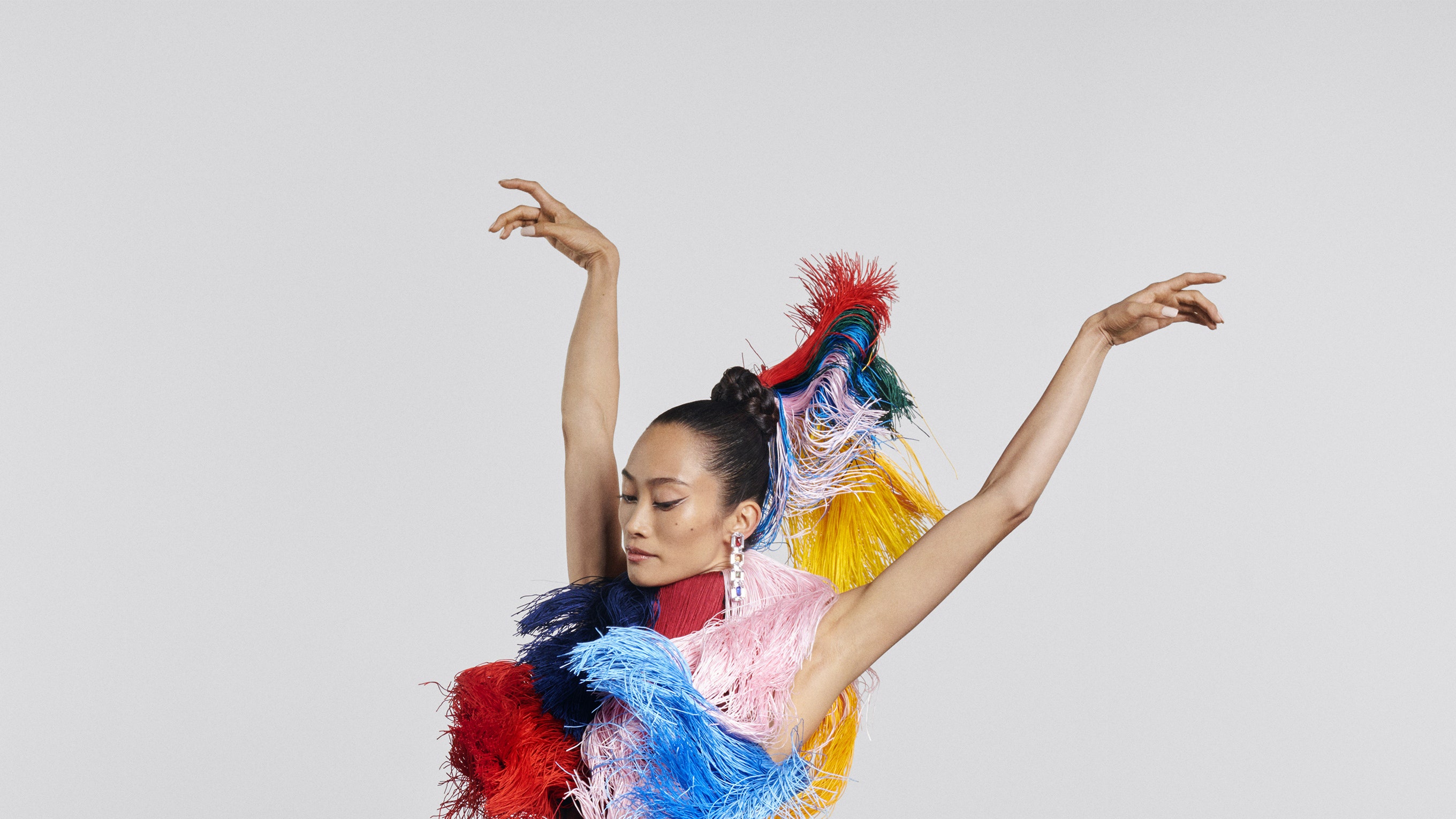 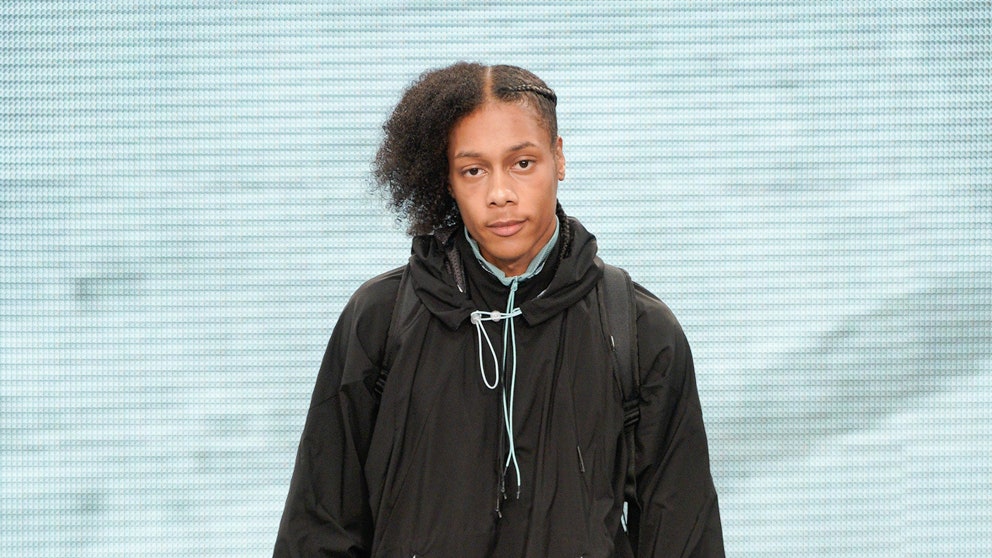