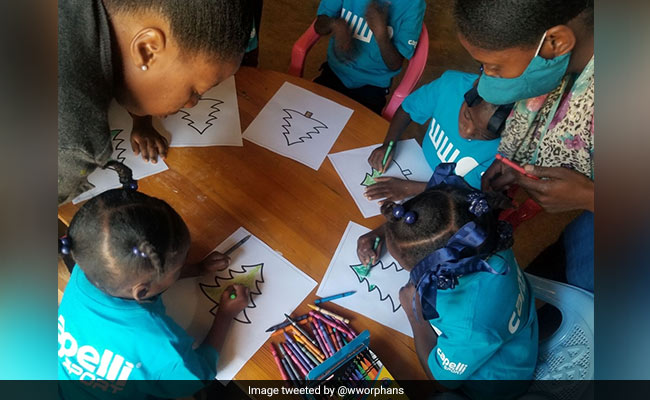 World Day of War Orphans reminds the world that caring for children in traumatic circumstances is a priority particularly amid the pandemic. Children caught in crossfire or estranged from parents need utmost care to help heal the mental wounds of war, restart schools and normal life. World Day of War Orphans is marked every year on January 6. The day aims to spread awareness and address the crises faced by war orphans or children in conflict. Also children growing up in orphanages very often face emotional and social discrimination. The World Day of War Orphans was stared by the French body, SOS Enfants en Detresse. Displaced children are a big part of IDPs they (International Displaced Persons) who are forced to leave everything - including their homes, places of work and possessions. It is important that they don't suffer and die of hunger and disease.

World Day of Orphans: Key points to know According to the UNICEF, an orphan is a "child under 18 years of age who has lost one or both parents to any cause of death" There were nearly 140 million orphans globally in 2015This included 61 million in Asia, 52 million in Africa, 10 million in Latin America and the Caribbean, and 7.3 million in Eastern Europe and Central Asia Child victims are a high proportion of civilian deaths in recent conflictsIn the wars of the 18th, 19th and early 20th centuries, about half the victims were civiliansThe number of civilian victims has been rising steadilyIn the World War II, it was two thirds, and by the end of the 1980s it was almost 90 per centWorld War II saw a massive increase in indiscriminate killings

Children are the silent victims of violence. Millions of children have grown up amid conflict fueled by war, ethnic strife and the fight over resources. Violence breaks down families. The breakdown in families mean some orphans are forced to look after themselves and their younger siblings. A number of children face sexual exploitation in a conflict situation.