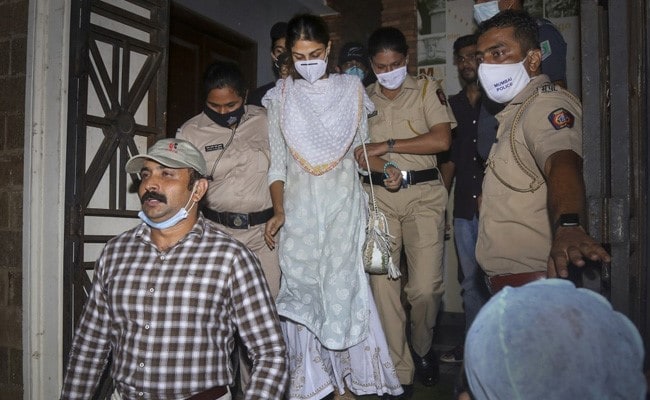 The Bihar government is well within its rights and is following the law in transferring the case of actor Sushant Singh Rajput's death to the Central Bureau of Investigation, the Nitish Kumar government told the Supreme Court today.

Actor Rhea Chakraborty, against whom Mr Rajput's family has filed a police case for alleged cheating and other criminal charges, has asked the top court to transfer the First Information Report or FIR from Patna to Mumbai.

"Transfer to CBI is done with the motive of rendering the instant petition infructuous," Ms Chakraborty said in her submission, alleging that Bihar sent the case to CBI so that her plea for transferring the FIR from Patna to Mumbai can be set aside.

The Bihar government denied Ms Chakraborty's allegations. It said the only way it could have started investigation into Mr Rajput's death was by filing the FIR first, which it said the Mumbai Police did not do till weeks after the actor was found dead in his Mumbai home.

"After ascertaining the cause of death, any further probe can be carried out only after registering FIR. Mumbai Police did not register any FIR and its probe is not valid or legal," the Bihar government told the Supreme Court.

"The action of the Bihar Police in registering the FIR on July 25 and undertaking the investigation is not only within its jurisdiction but the discharge of such an obligation by it, is also entirely valid and legal," the state government said. "Simultaneously, non-registration of a FIR by Mumbai Police is not only entirely inexplicable but is also contrary to law," it said.

"It is apparent that it is on account of political pressure in Maharashtra that neither the FIR was registered by Mumbai Police nor did they extend any cooperation to Bihar Police in discharging their obligation to conduct investigation expeditiously," the Bihar government said, pointing out that Bihar police officers who had gone to Mumbai faced difficulties in carrying out investigation.

In the complaint to Bihar Police, Mr Rajput's family has alleged Ms Chakraborty illegally transferred Rs 15 crore in tranches from his son's account. The investigation is following the money trail, the Bihar Police has said.

The Mumbai Police has denied allegations that they did not act on a warning by the family of Mr Rajput of a threat to him.

Ms Chakraborty, her family members and others have been questioned by the Enforcement Directorate in an alleged money laundering case linked to Mr Rajput's death.