Wildfires rage across the southwestern US 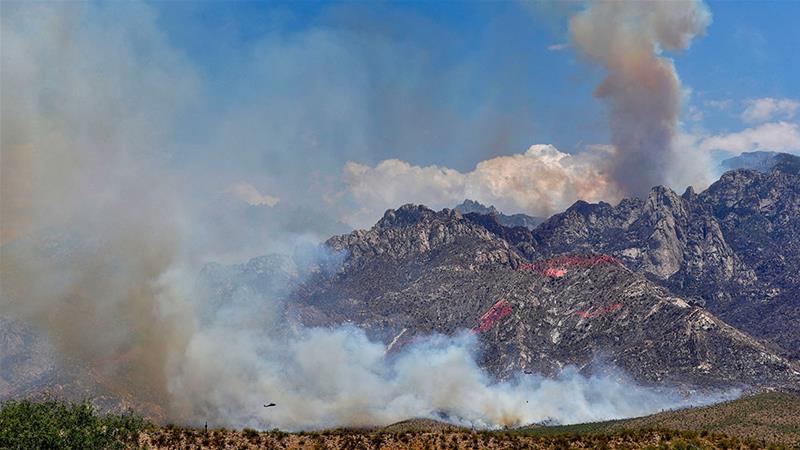 As the heat builds and the winds increase, the fire danger remains at critical levels [The Associated Press]

Temperatures are set to soar across the American Southwest and Southern Plains, reaching the low 40s Celsius.

The Central and Northern Plains, while not as hot, will see temperatures as much as 10C above average.

The heat, gusty winds over 65km/h (40 mph), and low humidity are favourable conditions for fires to grow and spread.

The National Weather Service has issued red-flag warnings across five states, telling residents to avoid any activities that involve open flames or could produce sparks.

Lightning sparked a wildfire in the Catalina Mountains of Arizona in the first week of June, which is only 22-percent contained, as the dry, windy conditions fuelled the ongoing blaze.

The National Park Service was forced to close the North Rim of the Grand Canyon as the Magnum Fire continues to rage, with only 2 percent contained and more than 10,000 hectares (24,200 acres) burned.

New Mexico, Colorado and Oklahoma are all currently battling wildfires.

As the hot, dry and windy weather continues this week, the fire danger will remain at critical levels.