Tamil Nadu, India – Last month, at least 29 Sri Lankan Tamils at a special refugee camp within a prison in southern India tried to take their own lives in protest against their detention.

On August 18, 17 detainees at the Tiruchirappalli central prison in Tamil Nadu state tried to take their own lives using a number of methods.

Two days later, 12 more detainees tried the same. No one died in the two incidents.

Nearly 80 Sri Lankan Tamils have been conducting a relay protest for weeks now behind the barbed-wire fence at the prison, demanding their release and alleging false detention. 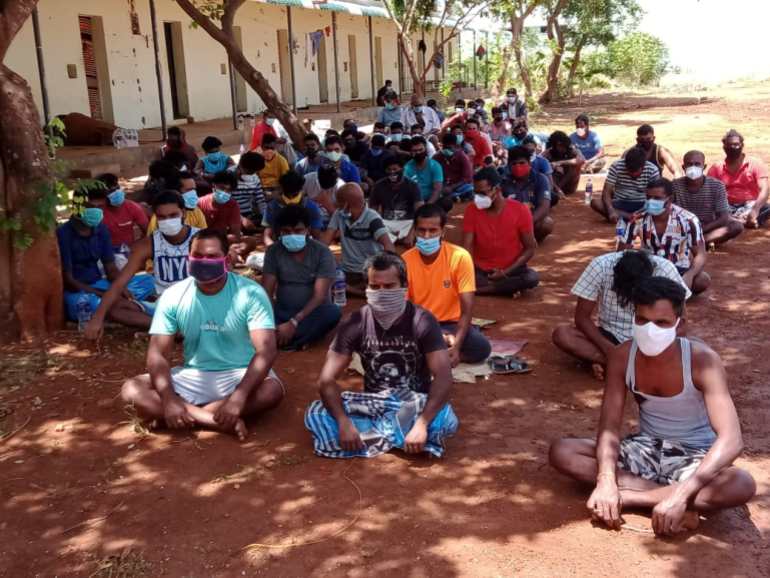 Sri Lankan Tamil refugees have been coming to India since the late 1980s following the widespread anti-Tamil pogroms in the Indian Ocean island nation.

The refugees who lacked passports and visas were lodged in one of the 100-plus camps in Tamil Nadu.

Among the refugees were former members of the LTTE, the armed group of Sri Lankan Tamils that waged a decades-long war with the government to create a Tamil-majority state.

The ex-LTTE members were kept in special camps, two of which have been closed, leaving only the overcrowded Tiruchirappalli camp for all the detained former rebels, who share the space with other Tamil refugees.

These camps are supervised by the Q Branch, an anti-terror wing of the Tamil Nadu police.

The detainees say they are living under constant threat of deportation to Sri Lanka and face an uncertain future.

Bhaskaran Kumarasamy, a former LTTE member, alleges that Q Branch is trying to deport him following pressure from the Sri Lankan government.

Kumarasamy arrived as a refugee in India in 2004 along with his family and was lodged in the Mandapam refugee camp. An identity card issued by India recognised them as refugees. 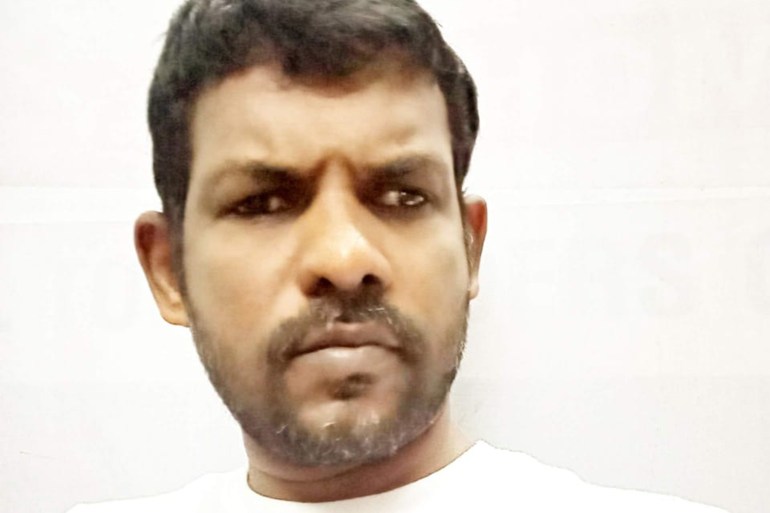 “The police claim they filed the case when Bhaskaran tried to escape to Australia. Does it mean that India is not safe for refugees? He was charged with human trafficking while all he did was land in India for his own safety,” Kumarasamy’s lawyer Johnson told Al Jazeera.

Though Bhaskaran and other accused were acquitted of all charges in 2019, they continued to be detained at the Tiruchirapalli special camp.

In June this year, a new court order threatened to nullify his refugee status and ease the process of deporting him to Sri Lanka.

Former Tamil rebels deported to Sri Lanka have been known to disappear under suspicious circumstances. Rights groups, including Amnesty International and Human Rights Watch, have accused the island nation’s government of the abduction, torture and extrajudicial killing of vocal members of the Tamil minority.

“The Sri Lankan and Indian government are attempting to create paranoia about the LTTE, an organisation that is long dead,” Kumarasamy told Al Jazeera.

Kumarasamy received a deportation order in November 2019, for which no reason was specified by the Indian authorities. He appealed in a higher court which stayed the order after a year-long legal battle.

Kumarasamy was also given a Sri Lankan passport by Sri Lanka’s High Commission in Chennai. In October 2020, he tried to seek asylum in Switzerland and was asked to appear before the Swiss embassy in New Delhi. But Indian authorities refused, a decision upheld by the Madras High Court in June this year.

The court judgment also said Kumarasamy will no longer be recognised as a refugee because he had briefly visited Sri Lanka in 2014 for a medical emergency. The court said a person can lose refugee status if they leave India even briefly.

“Special camp is meant for detaining foreigners who have committed bigger crimes and tried to escape from India. But these refugees have been detained at special camps for years. This even happens to people who were born in India, which is against all humanitarian laws,” Johnson told Al Jazeera.

K Efsiban, 22, is also a detainee at the Tiruchirapalli special camp. He says he has been there for nearly two years without a trial.

Efsiban – who was born in India at the Walajah refugee camp for Sri Lankan Tamils in 1999 – was arrested for trying to get an Indian passport in December 2019 and was moved to Tiruchirapalli special camp after a few weeks even after securing bail.

“I was born in India, studied here, yet I am looked at as a Sri Lankan only,” he told Al Jazeera.

“We have been protesting since 2020. I was on hunger strike thrice. The authorities convince us with false promises so that we end our strike, but take no action after that.”

Efsiban said he and other refugees at the camp have sent “petitions to everybody”, including Tamil Nadu state’s Chief Minister M K Stalin.

“All we demand is trials. If we are found guilty, then keep us in jail and release us after we complete our term. But keeping us here without any trial, not knowing when we will be released, gives us mental agony. That is why I attempted suicide,” he said.

“The government should either let us live peacefully with our families or leave us to die.”

Francis Xavier, a 47-year-old refugee at Thoppur refugee camp in Tamil Nadu’s Dharmapuri district, came to India in 1990, got married, and now has three daughters and an ailing wife to feed. He was also arrested for trying to obtain an Indian passport.

“My eldest daughter is studying nursing in Bengaluru. With great difficulty, I managed to pay her first-year fee with help from other people. We are surviving only with the refugee grant offered by the state government, which is meagre,” he told Al Jazeera.

Xavier said he washes utensils at the special camp, for which he is paid 5,000 rupees ($70) a month.

“My wife has asthma, so she can’t work. They live in a house shared by two families at the camp. Without me there, I always fear for their safety,” he said.

“Many a time I have contemplated suicide, but restrained myself after thinking about my family.”

India is not a signatory to the 1951 UN Refugee Convention or the 1967 Protocol Relating to the Status of Refugees.

Specific official policies are followed for select groups, such as Sri Lankan Tamils, Tibetans, or those who fall under the more recent Citizenship Amendment Act of 2019, which allows Indian citizenship to persecuted minorities – except Muslims – who came from neighbouring Pakistan, Bangladesh and Afghanistan before December 2014.

Nearly 100,000 Sri Lankan refugees are living in India in dozens of camps across Tamil Nadu, of which nearly 20,000 are students who live in a state of despair and uncertainty about their future.

Thol Thirumavalavan is a member of India’s parliament and president of Viduthalai Chiruthaigal Katchi (VCK) – a political party from Tamil Nadu that has often spoken in support of Sri Lankan refugees.

“Special camps are nothing but open prisons, torture camps,” he told Al Jazeera. “Even if they are released, they would be deported to Sri Lanka where they would be killed without a trace.”

Thirumavalavan claims that nearly 11,000 people have disappeared without any information on their whereabouts after being captured by the Sri Lankan army.

“The Indian government does not have any consideration for Sri Lankan Tamil refugees.” 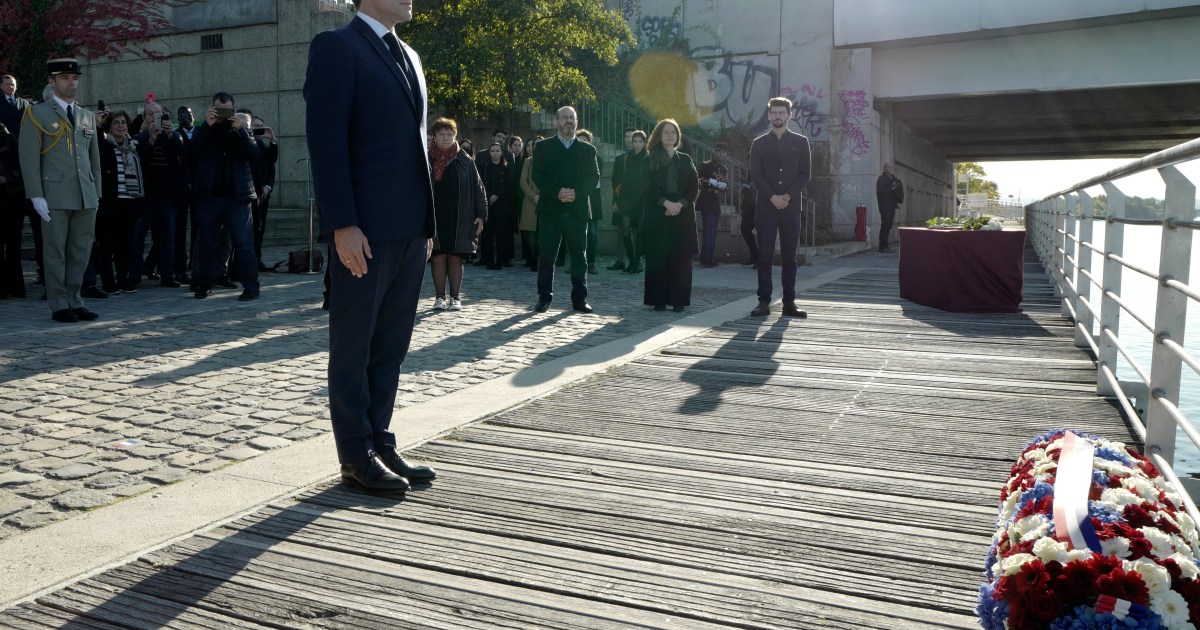 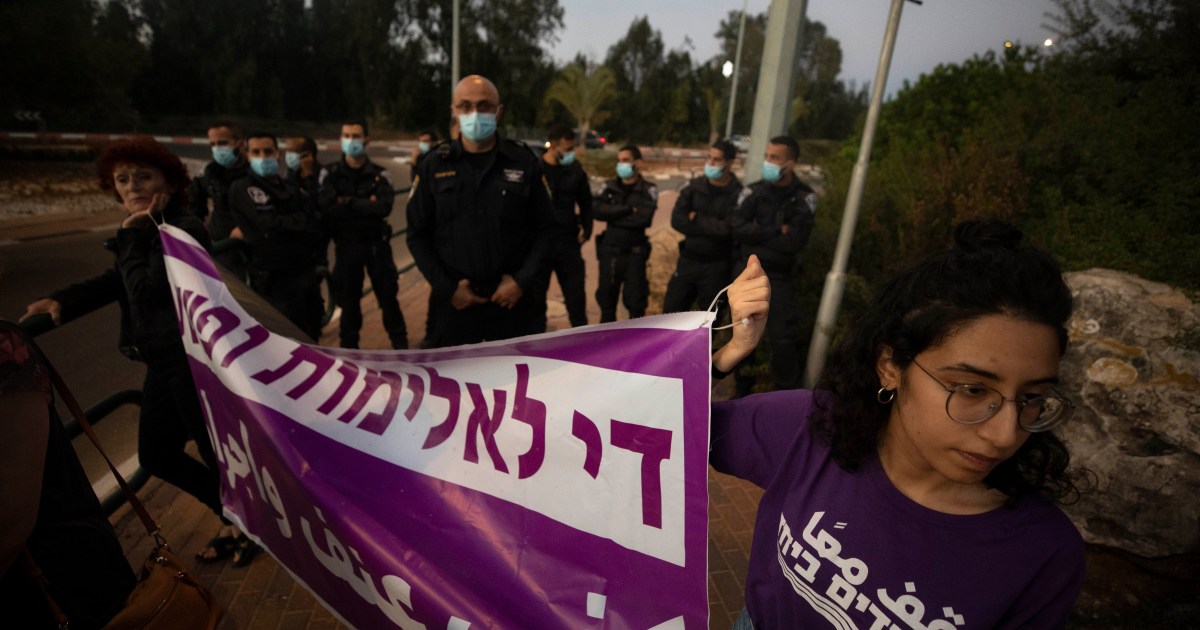 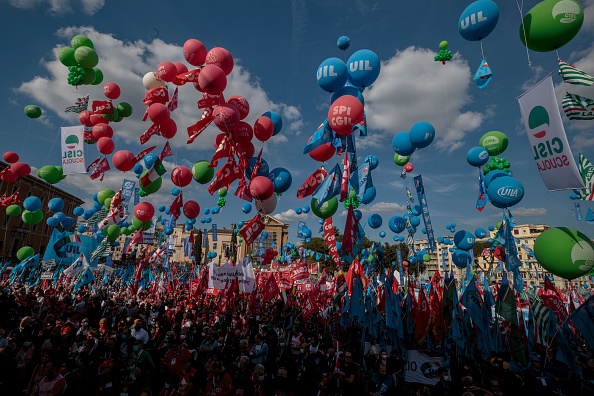 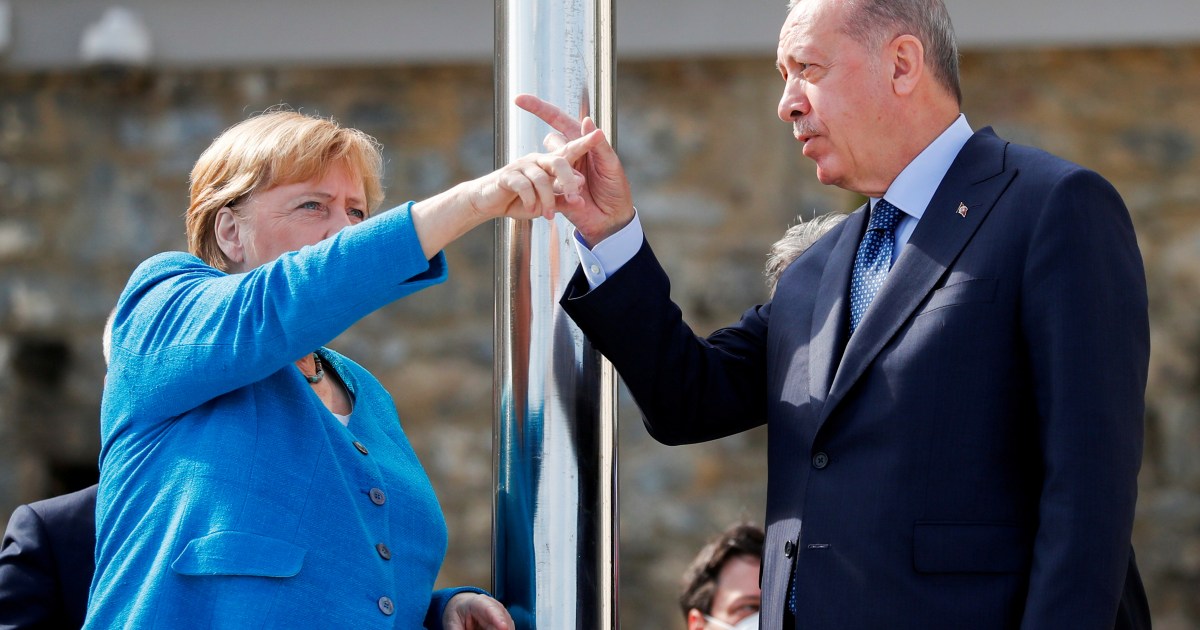