Unless you are an avid gamer - or have one in your family - you may not have heard of Discord.

Yet following its most recent funding round, in December last year, the communications and messaging platform beloved of gamers is already valued at $7bn.

That looks to be only the start. 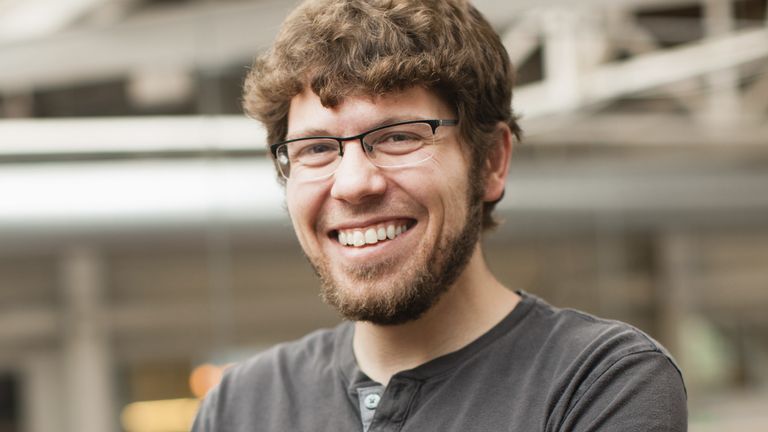 Image: Discord founder Jason Citron could become a billionaire after a sale or float of the company Pic: Discord

The gaming technology website GamesBeat reported yesterday that Discord was going through a sales process that could result in a takeover valuing it at "more than $10bn".

Bloomberg reported today that one of the potential buyers with whom Discord is speaking is Microsoft.

Events appear to have gathered pace.

Only last week, Discord announced it had appointed its first chief financial officer, a move seen as a precursor to a stock market flotation.

Many analysts still believe the company would prefer to list on the stock market rather than sell itself.

Other close followers, including one quoted by GamesBeat, said there was no reason for Discord to sell itself currently as its founders were "completely in control of their own destiny right now". 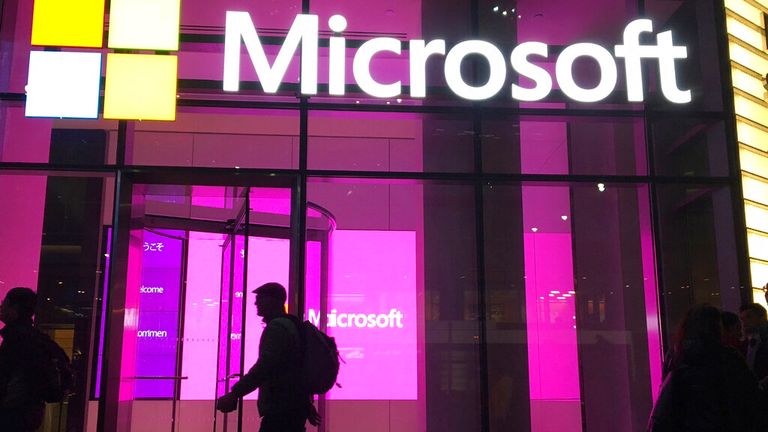 Image: Microsoft is reportedly in talks over a takeover of the business

Those founders, Jason Citron and Stanislav Vishnevskiy, would each become billionaires with an initial public offering (IPO) or takeover valuing the business at $10bn.

The two, both dedicated gaming fans, launched the platform with May 2015 with a simple premise - to create a service combining both text and voice communications and that could be easily integrated with online games.

Its growth has been phenomenal.

Within two years of its launch Discord was being used by nine million people daily.

To put that in context Slack Technologies, the workplace messaging technology group with which Discord has often been compared, attracted 2.3 million users in its first two years.

Discord is now reckoned to have more than 140 million monthly active users and itself claims that people can spend up to four hours a day talking on the platform.

Its website says: "Discord was originally created for people who loved to play games, but these passionate people realised it could be enjoyed for more purposes.

"Growth of other uses on the platform began to skyrocket. 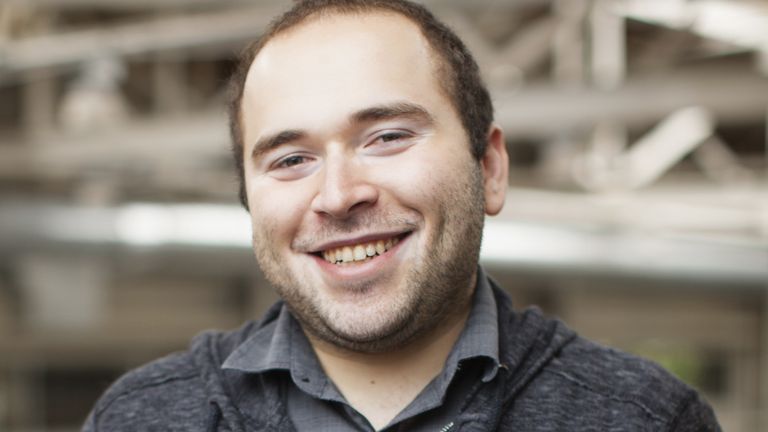 "Today, Discord is used by everyone from local hiking clubs, to art communities, to study groups."

Despite that phenomenal growth, Discord is not yet profitable, although its sales shot up from $45m in 2019 to $130m in 2020 as use of it has shot up during the pandemic.

Not all of the customers who have used Discord in the past are necessarily ones that the company itself would want.

The far right groups which organised the notorious "Unite the Right" rally in Charlottesville, Virginia, in August 2017 that later ruptured relations between Donald Trump and US business leaders were said to have done so using Discord.

That horrified Mr Citron and Mr Vishnevskiy who, subsequently, kicked more than 100 alt-right groups off the platform.

"My grandfather fought for America in World War II against the Nazis. Image: Alt-right groups were kicked off the platform after a notorious rally in Charlottesville in 2017

"It certainly weighed on me that I would be working to somehow facilitate people becoming radicalised.

"It made me sick.

"I felt like I was dishonouring my family's legacy, my ancestry."

Mr Citron, who has described the service as a "digital third place", was wealthy even before he founded Discord.

After graduating, he worked for gaming studios before launching his own game, which later evolved into a service for other game developers.

That business, called OpenFeint, was sold to a Japanese buyer called Gree for $104m in 2011.

Mr Citron left soon afterwards and then launched a games developer of his own called Hammer & Chisel.

Mr Vishnevskiy, with whom Mr Citron had worked at Gree, was an early recruit and persuaded him to develop a voice and chat service which became Discord. 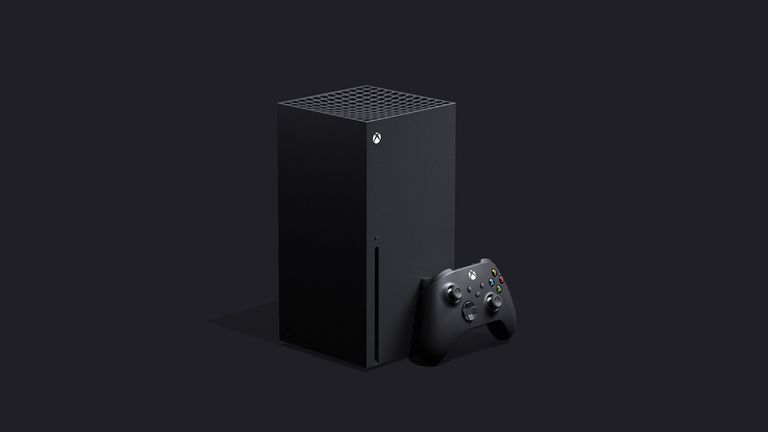 The big question is how the business would fare under Microsoft's ownership.

Discord is seen as a natural fit for Xbox Microsoft's gaming console and, in particular, its Xbox Live multiplayer service - which, today, was rechristened Xbox network.

Microsoft has already signalled its ambitions in incorporating a social media element to its Xbox business, as well as targeting younger consumers, with its failed attempt last summer to buy the US operations of TikTok after Mr Trump forced its Chinese owner to divest the business.

Although it and its partner Walmart lost out on that occasion, Microsoft showed its ambitions when, soon afterwards, it paid $7.5bn for the games developer ZeniMax, maker of the games Doom, Fallout and Skyrim.

It has also reportedly tried in the recent past to buy the photo sharing app Pinterest.

So buying Discord would be another logical step in that direction.

Microsoft would also, in the process, get one over on one of its rivals. 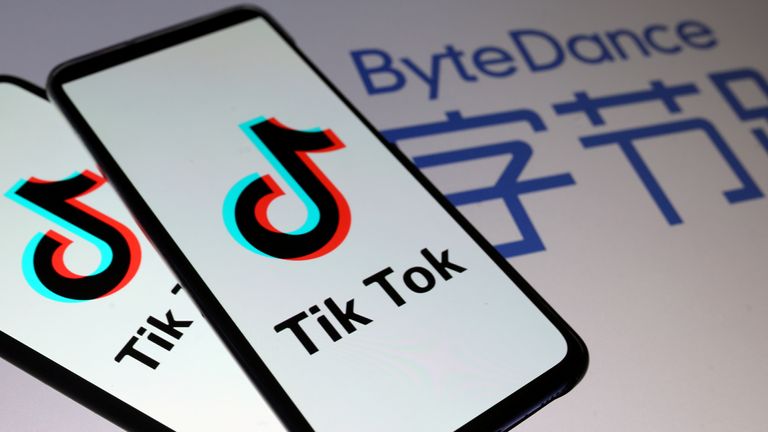 Image: Microsoft previously tried to buy the US operations of TikTok

Discord currently uses the Google Cloud service but would move, under Microsoft's ownership, to the latter's Azure service.

Discord could itself also be integrated into Microsoft's own Teams service.

Yet a deal would not be without risks.

Microsoft bought a game streaming service called Beam five years ago and renamed it Mixer - but, after being out-competed by Twitch, owned by Amazon, closed the business last year.

Microsoft's ownership of Skype after its $8.5bn takeover in 2011 also alienated long-time users of the online video and voice call service.

Accordingly, social media was today full of comment urging Discord not to sell to Microsoft.

The esports consultant Tom Breslau tweeted sardonically: "Based on the history and state of Mixer and Skype I'm sure nothing could go wrong."

Another user called a takeover "literally the worst idea on the face of the Earth". 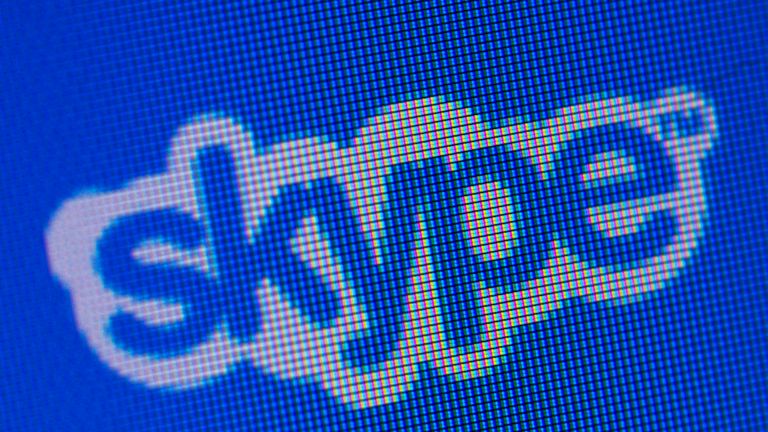 A third said: "We already know how badly it'll be handled because these companies only want aspects of the apps they get and NEVER resist destroying it by flooding their own unsuccessful 'features' to put them in front of the large pre-existing user base.

"Microsoft don't take Discord from us."

That said, Microsoft appears to have learned from its mistakes.

It has, for example, made few changes to Minecraft since buying the game two months after Satya Nadella became its chief executive in February 2014.

And Mr Citron himself knows how easy it is to alienate gaming fans.

Gree eventually closed OpenFeint after buying it from him but proved to be an unpopular owner.

It may well be he is talking to would-be buyers in order to boost Discord's valuation ahead of a flotation.