WHO: Coronavirus currently hitting the Americas the hardest

The Americas are bearing the brunt of the global coronavirus pandemic at present, the World Health Organization (WHO) said on Friday, with North and South Americas currently having four of the 10 worst-hit countries in the world.

The virus was "highly active" in Central and South America, the WHO's top emergency expert Mike Ryan said, highlighting problems in Brazil and Mexico. The current situation in Brazil, now one of the global hotspots for the virus, was of increasing concern, especially in heavily-populated cities, he told a news conference.

More: Doctor's Note: Where are we in developing a coronavirus vaccine? Coronavirus: All you need to know about symptoms and risks Why 'physical distancing' is better than 'social distancing'

The country's health system was "still coping", although some intensive care units were at a critical stage and under heavy pressure with more than 90 percent bed occupancy rates, Ryan said.

Brazil is the second worst-hit country in the world, with more than 800,000 cases and 41,000 deaths, according to a tally by the Reuters news agency.

Both countries lag behind the United States, the worst-hit country, which has had more than two million cases and nearly 114,000 deaths.

"We are very much in the upswing of this pandemic, particularly in the global South," Ryan said. "Some countries are having trouble exiting the so-called lockdowns as they are seeing an increase in cases." 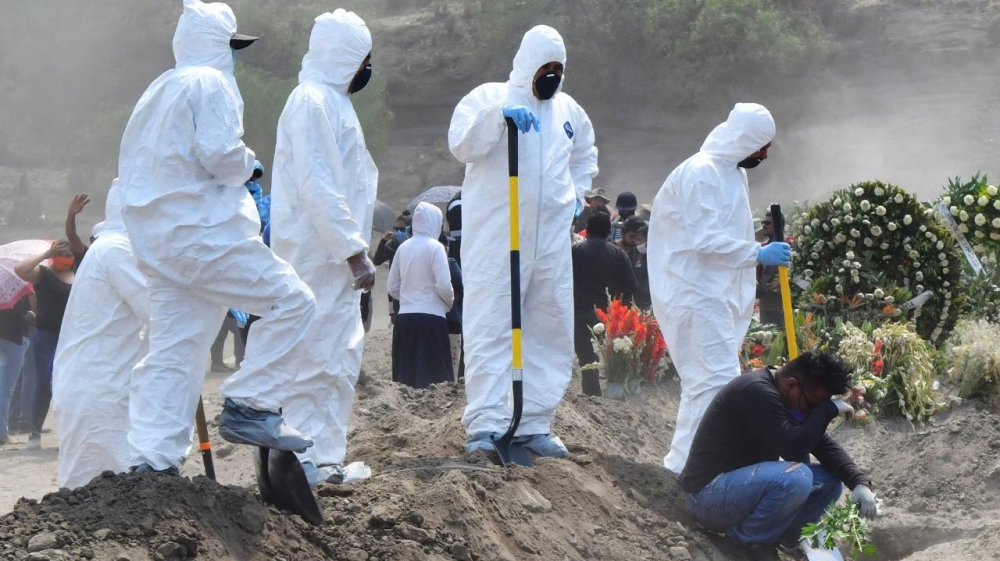 A relative gives farewell to his loved one in the dusty pantheon of the municipality of Valle de Chalco, Mexico; the cemetery of Valle de Chalco had to be expanded as it ran out of space for graves due to the pandemic [File: Jorge Nunez/EPA-EFE]

It was possible the disease was spreading again as societies reopened and people began meeting again, Ryan said, especially when there was inadequate testing and social distancing was insufficient. He acknowledged, however, the pressures on countries to get back to normal, especially to reduce the economic damage the crisis has wrought.

"There is a careful balance between keeping people at home ... and the untoward effect of that on economic and society. That is not an easy balance. There are no correct answers," Ryan said.

Ryan said although some countries appeared to be over the worst of the virus, clusters of the disease were still occurring.

WHO Director-General Tedros Adhanom Gheybreyesus said that vigilance was required worldwide against the "very dangerous virus" even in regions where it appeared to be on the wane.

"Our fear is although it is declining in Europe, it is increasing in other parts of the world. Even Europe cannot be safe because the virus can be reintroduced to Europe," he said.

Tedros was also firm on the need for any vaccines had to be shared fairly between countries, amid concerns some could hoard any drugs they develop.

Vaccines should be made available as a global public good, to ensure everyone had fair access to any life-saving products that are developed, Tedros said.