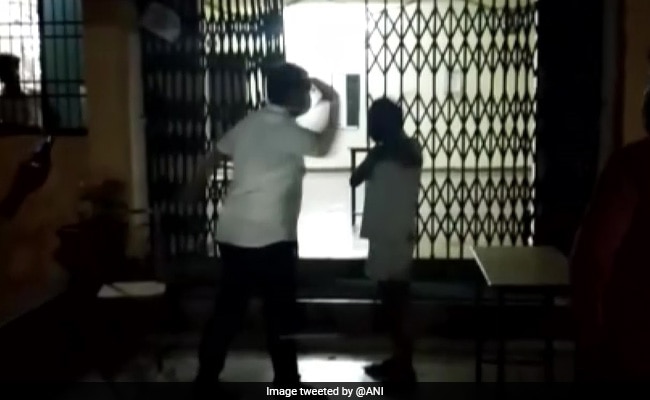 In the video, the health officer was seen beating the labourer and abusing him

After a health worker was caught on video beating up a labourer at a quarantine centre in Pendri, Rajnandgaon, the Chief Medical Health Officer (CMHO) on Saturday claimed that labourer was drunk.

The CMHO has issued a notice in this regard and the health officer has been removed from the centre.

CMHO Dr Mithilesh Chaudhary said, "The labourer had gone missing for two hours and returned to the centre after getting drunk. The official has been removed for the centre."

In the video, the health officer was seen beating the labourer and abusing him