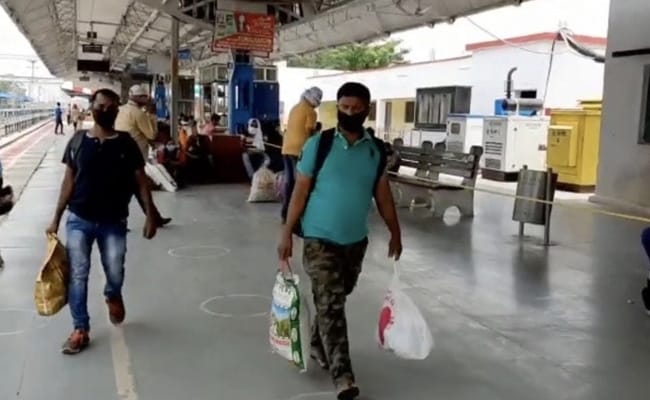 Officials asked people to use masks and take all other measures to fight the outbreak. (File) (File)

The Uttar Pradesh government has issued a notification raising the penalty for not wearing face masks in public, from Rs 100 to Rs 500.

"We had announced that penalty for not wearing face mask in public would be raised from Rs 100 to Rs 500. A notification has been issued to this effect today. From today onwards, the penalty will be levied on those not covering their mouths and nose," UP Principal Health Secretary, Amit Mohan Prasad, said.

He appealed to the public to use masks and to take all other measures to fight the outbreak.

Mr Prasad said on Thursday, 38,006 samples were tested in the state for COVID-19 bringing the total number of samples tested for the disease to 10,74,112.

He also said that seven new RT-PCR labs have been set up in the state, which will be inaugurated by Chief Minister Yogi Adityanath on Saturday.

"The CM will be the chief guest at a function being held on the World Population Day tomorrow. From there he will inaugurate the new labs at Aligarh, Muradabad, Bareilly, Varanasi, Gonda, Mirzapur, and at Balrampur hospital in Lucknow," he said.

According to the Union Health Ministry, Uttar Pradesh has 32,362 confirmed COVID-19 cases. This includes 10,373 active, 21,127 cured and discharged patients and 862 deaths due to the disease.