On ‘Mission Rozgar' campaign of his government, the CM claimed that while 4 lakh youths have got government jobs during the last three and a half years. (File)

Launching the three-day celebrations to mark the foundation day of Uttar Pradesh, Chief Minister Yogi Adityanath on Sunday announced to institute a new award – UP Gaurav Samman – from this year which will recognise “exceptional people” who has worked to give the state a distinctive name.

The award will be given to people from several fields, including technology, culture and sports, and Chief Secretary will head its selection committee.

At the event held at Awadh Shilp Gram in Lucknow, the Chief Minister also announced the launch of a statewide free coaching facility for students to help them prepare for various competitive exams like JEE, NEET and UPSC.

The ‘Abhyudaya Coaching’ programme will begin from Basant Panchmi, the day to worship the goddess of learning, Saraswati, the CM said.

“From the day of Basant Panchami, the free coaching facility for students appearing in various competitive examinations will begin. In the first phase, the coaching will be imparted — both physically and virtually – across 18 divisional headquarters of the state… In these coaching classes, guidance will be given for various examinations like the NEET, IIT-JEE, NDA, CDS or UPSC examinations. The coaching centres will give a new platform to the youth and motivate them to scale new heights,” Adityanath said, adding that infrastructure of various universities and colleges would be used for holding the coaching classes.

Last year during the outbreak of the Covid-19 and the subsequent lockdown that had left thousands of students from Uttar Pradesh stranded in Kota in Rajasthan, the CM had promised to provide coaching facilities to the students in the state itself so they don’t have to go to other states.

The Chief Minister lamented that despite UP playing a leading role in the country’s culture and tradition, it did not celebrate its foundation day earlier “because the people at the helm of affairs of the state earlier never even thought of it”.

“When the desire of advancing the culture and traditional values of society goes missing among its responsible citizens, the society remains in a state of illusion. This illusion for 70 years led to the disorientation of Uttar Pradesh… After the BJP came to power, the then Governor Ram Naik said that most of the states celebrate their foundation day, but not Uttar Pradesh. When I moved the proposal in the Cabinet, it was accepted with open hearts,” he added.

Every year, January 24 is marked as the foundation day of UP. The first edition of the UP Diwas was celebrated in 2018. In the first UP Diwas celebration, the government had launched ODOP scheme. In the second edition, Vishwakarma Samman was instituted, while in the third year, the government launched Atal Awasiya Vidyalalaya Yojana for the poor and downtrodden youths.

Adityanath said that law and order situation has improved in the state. “UP has been the focal point of India’s Independence and has led the country in every field. For the past few years, it carried an image of “Danga (riot) Pradesh and Apradh (crime) Pradesh”. However, we have successfully shunned that image by ensuring a strict law and order since 2017. UP has become a model for law and order, employment and investment. We are not only tightening the noose around criminals and mafia elements but also against professional and dynastic (khandani) criminals. As a result, today investors are eager to come to UP to invest here and set up their industries,” he added.

The Chief Minister also praised the people of the state for their “steely resolve” during the pandemic and said: “It came as no surprise that Uttar Pradesh received accolades from foreign countries and WHO (World Health Organisation) for commendable work done in the Covid management. It was all due to the magnificent teamwork and steely resolve of everyone involved in this. It is a matter of immense pleasure that not only in India but in other countries as well, the UP model of Covid Management was considered worth emulating,” he said.

“Today, India has developed the vaccine for coronavirus, and we are also giving the vaccines to countries like Brazil, Bhutan, Nepal, Mauritius, Bangladesh and others. Yesterday, the Prime Minister of Brazil spoke with our Prime Minister and thanked him and shared a picture of Lord Hanuman carrying Sanjeevani Booti (vaccine) as a gesture of thanks,” he added.

On ‘Mission Rozgar’ campaign of his government, the CM claimed that while 4 lakh youths have got government jobs during the last three and a half years, another 15 lakh were helped by the government to get private jobs. “About 15 crore youths got self-employment by way of various schemes of the Centre and the state,” he added.

Speaking on this occasion, Deputy Chief Minister Dinesh Sharma said, “During the regime of earlier governments, there were no jobs or industries. But, under Chief Minister Yogi Adityanath, a Ganga of development is flowing in UP.”

At the event, people who have contributed to the different aspects including youth welfare, dairy development, Khadi Gramodyog, sports, and agriculture were felicitated. 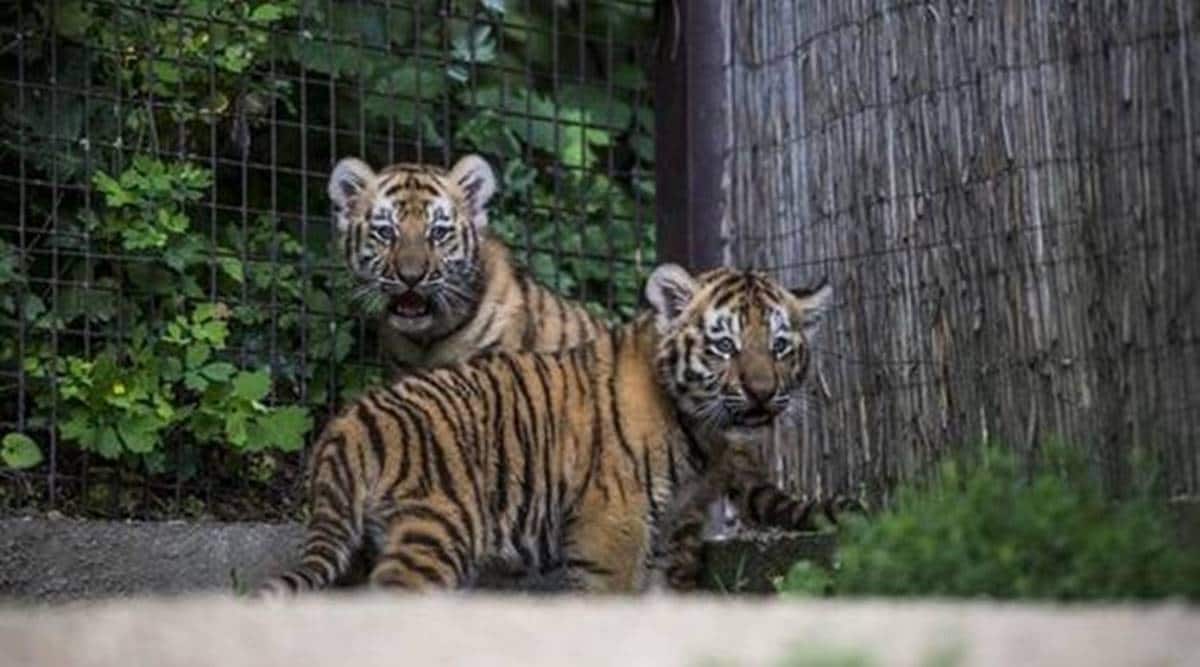 ‘Avni’s cub’: Days after being released into the wild, tigress sustains injuries; brought back to the enclosure

All the Winners From the 2021 Critics Choice Awards