US reality show The Bachelor casts its first black lead

US reality show The Bachelor has chosen its first black lead to front the show.

Matt James, 28, will front the hugely popular dating programme when it airs next year.

The ABC show has aired for 18 years without having an African-American man in the main role.

It came after lawyer Rachel Lindsay - who was the first black woman to lead spin-off The Bachelorette in 2017 - threatened to distance herself from the show unless it received a "diversity makeover". 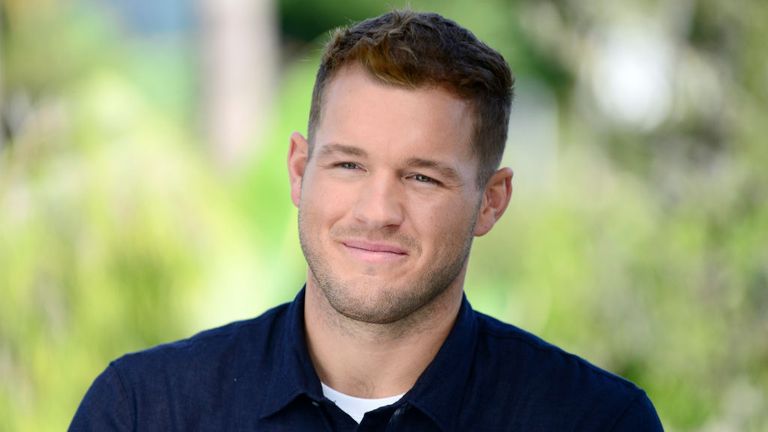 Image: Colton Underwood was the lead for the 2019 series of The Bachelor

Speaking about his casting on Good Morning America, James, an estate agent and entrepreneur, said it was a "step in the right direction".

"When Rachel speaks, we listen," he said. "She has a very important voice in all of this, being the first black woman/person of colour to have a lead.

"So I think that we're all following suit in that conversation, and this is hopefully the first of many black men to be in the position that I'm at now."

The Bachelor features a single man who has to choose between a pool of women, with the ultimate goal of getting married.

It is a pop culture phenomenon in the US, but has attracted mounting criticism for a perceived lack of diversity.

Ahead of the 25th season in 2021, fans launched a petition demanding a black lead as well as having at least 35% black, indigenous and people of colour as contestants each season.

Following the news of James' casting, the show's executive producers said they will make "significant changes" to address the lack of diversity.

They added: "We are taking positive steps to expand diversity in our cast, in our staff and, most importantly, in the relationships that we show on television.

"We can and will do better to reflect the world around us and show all of its beautiful stories."