US House passes bill to secure abortion rights for women

The United States House of Representatives on Friday approved a proposed law that would guarantee women’s right to an abortion throughout the United States.

The bill, which would override new laws in Texas and other Republican-led states restricting abortions, passed the House by a vote of 218-211 but faces opposition from Republicans in the US Senate.

For decades, women in the US have had access to abortion services under a 1973 landmark US Supreme Court ruling in the case of Roe v Wade. But the judicial precedent is under attack and potentially at risk of being overturned by a new conservative majority on the court.

In proposing the new law, Democrats in Congress aim to create the right to an abortion in federal law, which Congress has not previously done. That would make it very difficult for the courts and states to legally restrict women’s access to abortion.

The new Texas law, which already is being challenged in the courts, seeks to ban abortions after a foetal heartbeat is detectable, which occurs at about six weeks – often before a woman knows she is pregnant.

It allows private citizens to file suits against anyone who “aids or abets” an abortion and if successful, be awarded a minimum of $10,000. The law went into effect on September 1.

“We’re going to see an uprising like we’ve never seen before if we do not codify this law that has been passed in the House now, and we’re going to call upon our Senate colleagues to do that,” Representative Jackie Speier, a Democratic lawmaker and champion for the proposed bill, said on MSNBC after the vote.

President Joe Biden supports the House bill and has called the Texas law an “unprecedented assault” on women’s reproductive rights in the US. The Justice Department has filed a lawsuit to block the Texas law.

“We are going to stand together unified and fight for women’s constitutional rights to make decisions about their own body,” Vice President Kamala Harris, the first woman vice president in US history, said on ABC’s The View talk show on Friday.

The nine-member US Supreme Court now has a 6-3 conservative majority following the appointments by former President Donald Trump of three conservative justices believed to favour reversing Roe v Wade to the court. The court rejected an emergency request to block the law. A Florida lawmaker has introduced similar legislation to the Texas ban.

Abortion opponents hailed the law as a possible model for banning the procedure elsewhere.

Abortion providers in Texas asked the Supreme Court on Thursday to intervene and review the law because a lower court schedule means an appeal will not be heard before December, “despite the great harm the ban is causing,” said organisations challenging the law.

In a separate major case that could overturn Roe v Wade, the high court has set oral arguments for December 1 in a challenge to a Mississippi law that bans most abortions after the 15th week of pregnancy. 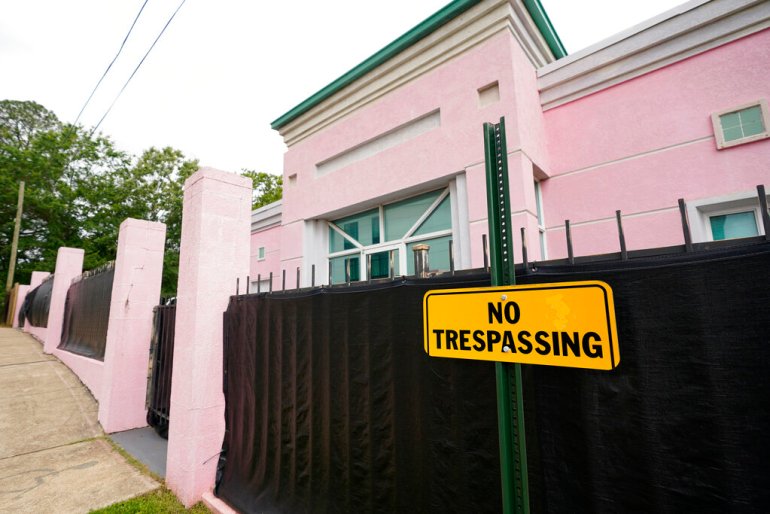 In the US Senate, moderate Republican Susan Collins, who supports abortion rights, said this week she is working with other senators to craft a bill that would codify Roe v Wade. She called the Texas law “harmful and extreme”.

The House bill goes “way beyond” ensuring women’s rights and would threaten doctors who refuse to perform abortions on religious or moral grounds, Collins told the Los Angeles Times earlier this week.

Senator Lisa Murkowski is the only other Republican in the US Senate who publicly supports a woman’s right to an abortion.

Women and advocates of abortion rights are quickly mobilising to take on not just Republicans in Congress, but also big businesses that back them, aiming squarely at those that contributed to many of the Texas Republicans behind the abortion law.

“They will be met with a fierce response from women and people across the country,” said Sonja Spoo, director of Reproductive Rights Campaigns at UltraViolet, an advocacy organisation, told The Associated Press.