US has hit agreed troop-cut target of 8,600 in Afghanistan

The United States has reduced its troop presence in Afghanistan to 8,600, fulfilling its obligation as part of a February deal with the Taliban, the general who oversees American forces in that region said on Thursday.

Marine General Frank McKenzie gave no indication of when, or at what pace, US forces would be further reduced. He noted that the February deal requires the US to fully withdraw its forces by next May, but he called that an "aspirational" commitment that would depend on certain actions by the Taliban.

More: From the US to Afghanistan: Rediscovering the mother who left me 'People treat you like a celebrity, but also as an infidel' Afghanistan needs a Government of National Reconciliation

President Donald Trump has been eager for a full US withdrawal from Afghanistan, asserting that American forces are merely policing a civil conflict and should be brought home. The war began in October 2001.

Without directly mentioning the 8,600 figure, McKenzie said, "We're at that number now," in accordance with the February agreement. The deal said the US would drop to 8,600 within 135 days, which is mid-July. It represents a reduction from about 12,000 troops at the time of the agreement.

"We have met our part of the agreement," he said, speaking at an Aspen Strategy Group webinar.
McKenzie said a full US withdrawal would happen if conditions are right.

"Conditions would have to be met that satisfy us that attacks against our homeland are not going to be generated from Afghanistan," he said. "That's not the Taliban. That is, of course, al-Qaida and ISIS (ISIL)," referring to the violent group that used haven in Afghanistan during the Taliban's previous rule to plan the September 11, 2001, attacks on the US, as well as the ISIL group's Afghanistan affiliate. 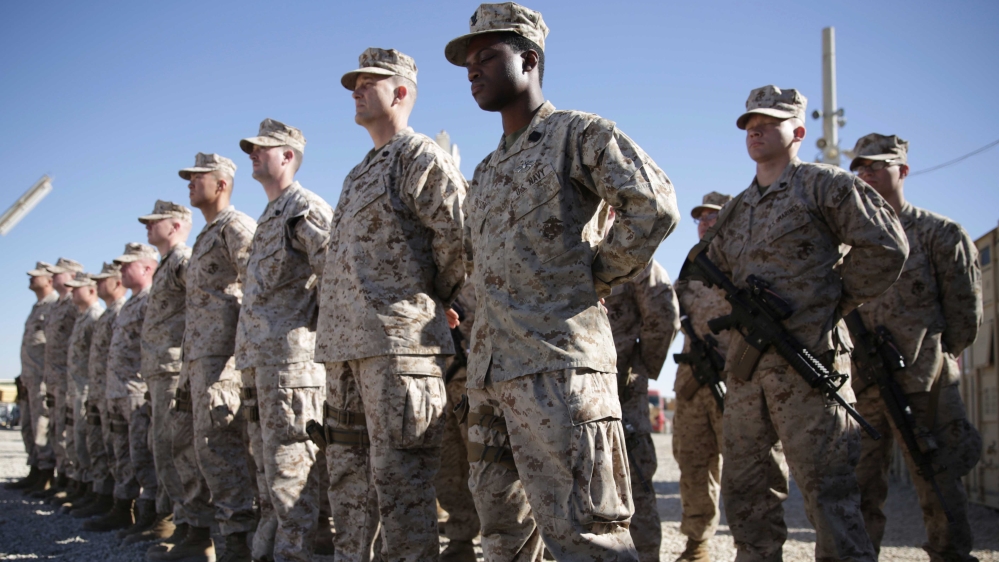 As part of the February deal, the Taliban agreed they would not allow any violent group to use Afghan territory to plan or carry out attacks on the US.

"The jury is still very much out on that" Taliban commitment, McKenzie said, "and so we will watch the Taliban." He added, "They have not yet completely made that case. There remains an opportunity for them to do it, but time is now beginning to grow short."

McKenzie spoke cautiously of trends in Iraq, where several thousand US troops are training and advising Iraqi forces and contending with periodic hostility from Iranian-backed militia groups. Although he praised recent efforts by the Iraqi government to deal with Iranian influences in the country, he pointed to "a beginning of a spike in unprovoked rocket attacks on Iraqi bases that host US forces".

He said he thinks Iran and its proxies in Iraq are conducting these recent attacks "because they have been unable to prevail in the political arena in Iraq." He spoke after Iraqi authorities reported that four rockets exploded inside Baghdad's fortified Green Zone near the American embassy. It was the third such reported attack since the US embarked on strategic talks with Iraq's new government.

China warns US against 'politicising' WHO virus probe

WHO team to start virus probe under global glare