Juan Francisco Sandoval was sacked last week as the head of a prosecution unit charged with tackling corruption.

The United States has said it will pause some cooperation with Guatemala’s criminal prosecutor after the head of a unit charged with fighting corruption in the Central American nation was sacked late last week.

US State Department spokeswoman Jalina Porter told reporters on Tuesday that the US was pausing programmatic cooperation with Guatemala’s Public Ministry, which is responsible for the prosecution of criminal cases.

The FECI was originally created to tackle investigations spearheaded by the United Nations-backed International Commission Against Impunity in Guatemala (CICIG) but was removed from the country in 2019. 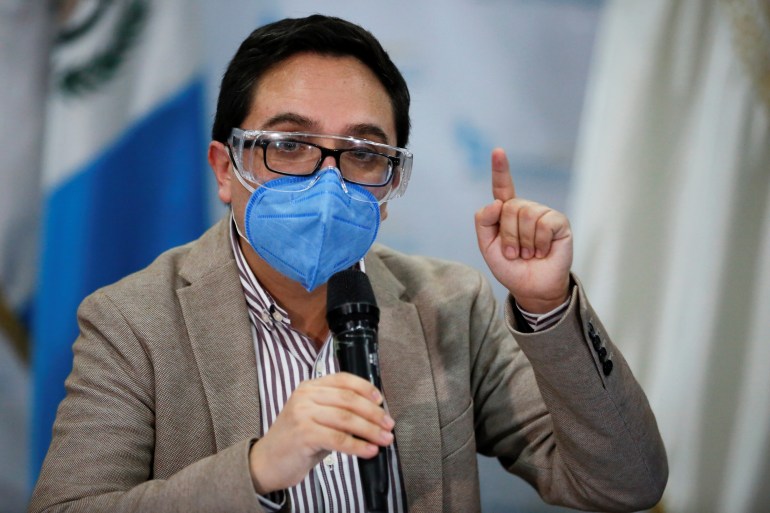 The decision to remove Sandoval “fits a pattern of behaviour that indicates a lack of commitment to the rule of law and independent judicial and prosecutorial processes”, Porter said on Tuesday.

“As a result, we have lost confidence in the attorney general and her intention to cooperate with the US government and fight corruption in good faith,” Porter said.

The US has been a vocal supporter of Sandoval’s work, which included investigating and litigating cases against former officials, presidents and business leaders in Guatemala. The State Department declared him an “anti-corruption champion” in a February award.

In recent months, the administration of President Joe Biden also has revoked the US visas of two senior judges in Guatemala on graft suspicions and criticised lawmakers’ refusal to swear in a corruption-fighting judge.

“We are watching closely for any additional actions that would undermine the rule of law or judicial independence in Guatemala,” Porter said. 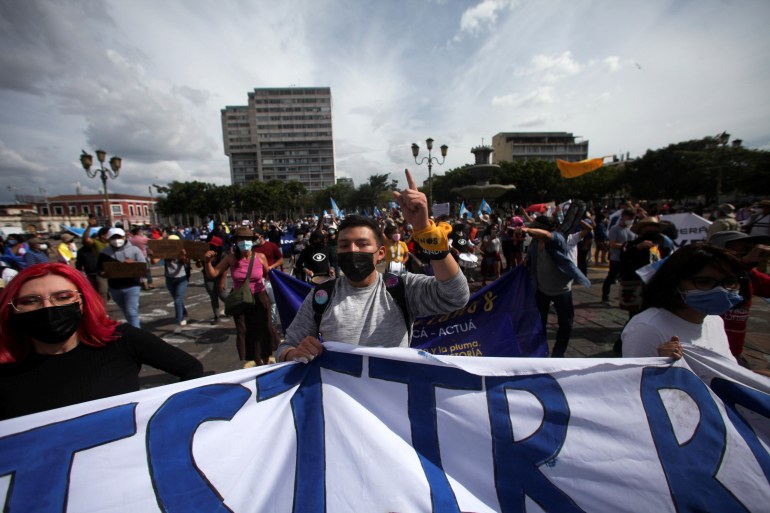 Meanwhile, Sandoval’s sacking has met opposition and protests in Guatemala.

On Monday, rural organisations blocked three highways to protest his dismissal, while other groups are considering ways to pressure the government. Some legislators have already filed formal complaints against Porras, accusing her of obstruction of justice among other things.

“The firing confirms the fear from several months ago that despite having expressed an interest in collaborating on an anti-corruption agenda, ultimately, the Guatemalan government has a different agenda,” said Tiziano Breda, Central America analyst for the International Crisis Group.

Ivan Velasquez, who led the UN mission and worked closely with Sandoval, warned the “anti-corruption fight is worsening” in Guatemala.

“It will only reverse if the international community suspends all aid to the Attorney General’s Office and isolates the attorney general, which is allied with all of the corrupt political power in the country,” Velasquez said.

“It will depend on Guatemalans and their effort to defend democracy and find a way out.”