For thousands of people gathered in Tulsa, Oklahoma on Saturday for President Donald Trump's first political rally since the coronavirus pandemic erupted four months ago, a precaution as simple as wearing a face mask in public is not as simple as it would seem.

For some, it has become a political statement. While not yet as loaded as the red "Make America Great Again" hat, masks are increasingly viewed a visual shorthand for the debate pitting those willing to follow health officials' guidance and cover their faces against those who feel it violates their freedom or buys into a threat they think is overblown.

"At least for the president's strongest supporters, there is a real anti-mask sentiment and the president is playing into that," said Keith Whittington, a professor of politics and law at Princeton University. "Weirdly, masks now seem to be integrated into the culture war."

Coronavirus cases in the United States continue to rise as the outbreak has spread and as businesses reopen. The number of cases is increasing in 20 states, many led by Republican governors, including Oklahoma where Trump will appear on Saturday. Trump rally organisers will hand out masks but will not require attendees to wear them. 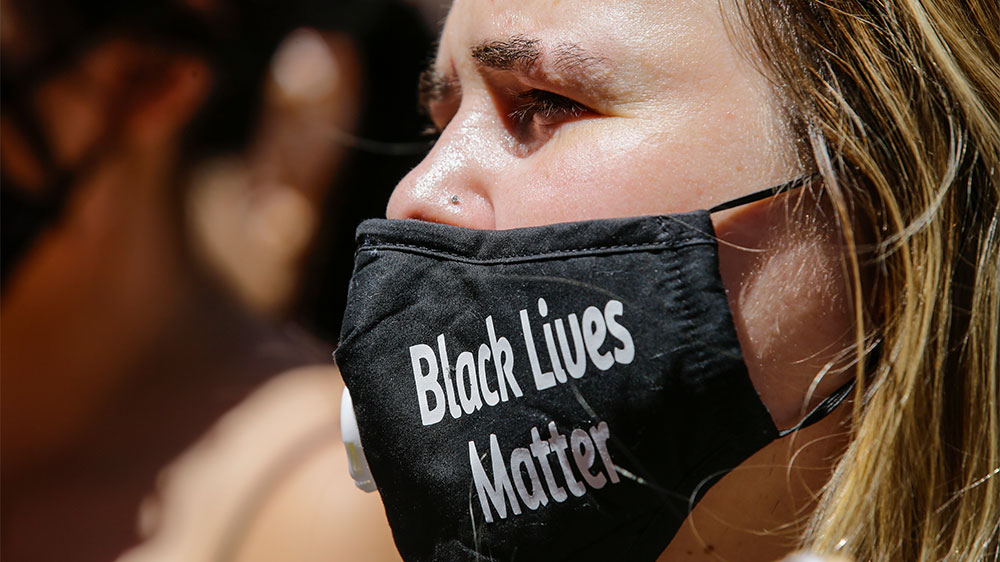 A woman wears a protective mask as she joins protesters near Trump Tower as part of a solidarity rally calling for justice over the death of George Floyd, and to highlight police brutality nationwide in New York City [Frank Franklin II/AP Photo]

In the US Congress, the Democratic Speaker of the House of Representatives Nancy Pelosi this week ordered that all members wear masks or face coverings at hearings and authorised the sergeant at arms to enforce the rule. While most legislators had already been wearing masks, some conservative Republicans were refusing and a shouting match broke out between Democrats and Republicans over the new rule on Wednesday.

It is a debate playing out across the country.

In the state of Alabama, where hospitals have been overrun by COVID-19 patients, the Democratic mayor of the state capital Montgomery issued an order requiring masks be worn in public. But in Nebraska, Republican Governor Pete Ricketts warned localities and public agencies they would not receive COVID-19 assistance funding if they required people to wear masks.

In Arizona, where cases are spiking, Republican Governor Doug Ducey declined to issue a statewide order requiring masks because he said he feared rural counties would tell him "to go pound sand", an American colloquialism.

In Texas, "we want to make sure that individual liberty is not infringed upon by government and hence government cannot require individuals to wear a mask", Governor Greg Abbott, a Republican, told a local television station.

Trump, in an interview with The Wall Street Journal published on June 18, suggested some Americans are wearing facial coverings not as a preventive measure but as a way to signal disapproval of him. Democratic legislators reacted predictably.

IT'S NOT ALL ABOUT YOU, @realDonaldTrump. Get over yourself, at least pretend to be a leader, try to save some American lives, and wear the damn mask. https://t.co/IAgN7Z0zaC

Trump has refused to wear a mask during the pandemic, whether at the White House where officials and aides are tested regularly, or in public settings.

"I don't want to give the press the pleasure of seeing it," Trump said.

Lately, at Trump's direction, the Republican Party decided to move its presidential nominating convention in August from North Carolina, where the state wants to impose social distancing rules, to Florida where there will be fewer restrictions. 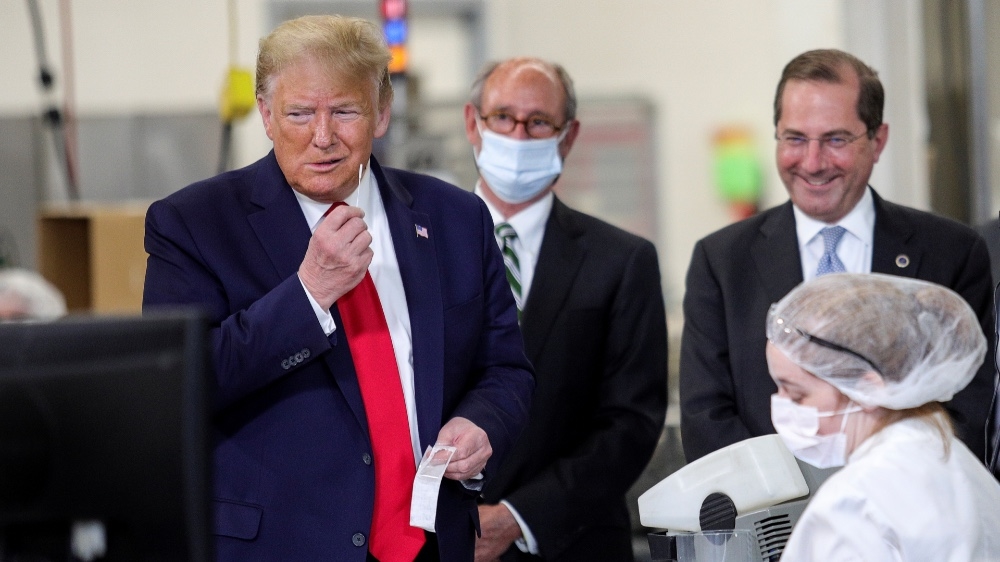 Despite the partisan leadership divide, most Americans are willing to wear masks. A survey in May by the Democracy Fund and the University of California found 89 percent of Democrats and 81 percent of Republicans have worn face coverings, according to a poll of 4,500 Americans.

Trump's Democratic rival Joe Biden has been seen wearing a face mask at the few small, and socially distanced events where he has appeared recently.

With cases rising, the Democratic governor in California now will require people to wear masks in most indoor settings and outdoors when distancing is not possible.

"They are critical to keeping those who are around you safe, keeping businesses open and restarting our economy," Newsom said.

Bolsonaro lashes out at Brazilian press