US Advisory For Embassy Officials In Delhi After Violence By Farmers 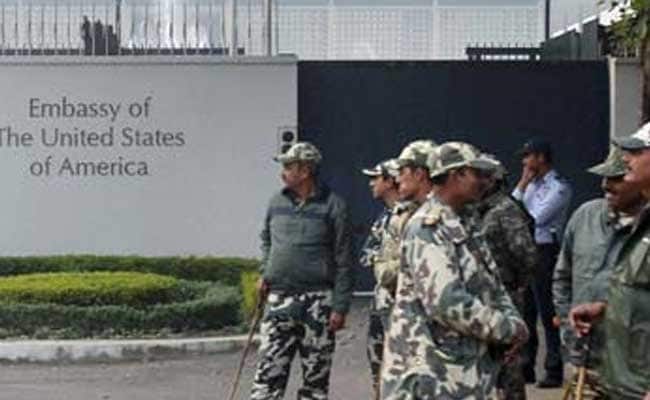 In the wake of the violence in the national capital, the US Embassy in Delhi advised American government personnel to avoid areas where clashes have been reported between farmers and police, and exercise caution if in the vicinity of any large groups, protests or demonstrations.

A tractor march protesting the three new farm laws descended into violence as tens of thousands of protesters clashed with police in multiple places, leading to chaos in well-known landmarks of Delhi and suburbs. One person was killed and several were injured in the clashes.

Putting out an advisory, the US Embassy said, "Media outlets are reporting clashes between New Delhi Police and protesting farmers throughout areas of Delhi including the northern border of Delhi, areas along the Republic Day parade route, and downtown areas near the India Gate."

"US government personnel have been advised to avoid these areas, stay at home, and exercise caution if in the vicinity of any large groups, protests, or demonstrations," the advisory said.

The advisory in its ''action to take'' segment said that avoid the northern Delhi border, the Republic Day parade route, and downtown areas near the India Gate.