Under-20s half as likely to catch coronavirus, says study

Under-20s are half as likely to catch COVID-19 as over-20s, making school closures less effective at stopping the spread of the virus, a new scientific study has found.

Researchers at the London School of Hygiene and Tropical Medicine found that susceptibility to the coronavirus was low for younger people, before increasing around the age of 20.

Nicholas Davies , one of the peer-reviewed paper's co-authors, said there was "a very sharp increase" in COVID-19 susceptibility "somewhere between the ages of 15 and 25".

It is not known why this is the case.

The results meant school closures were less effective in stopping the spread of coronavirus than other respiratory diseases.

The researchers simulated outbreaks of COVID-19 and pandemic influenza in three cities with different age profiles: Birmingham, Bulawayo in Zimbabwe and Milan in Italy.

In all three cities, closing schools had a much bigger effect on the spread of influenza than COVID-19.

"School closures may be less effective than COVID-19 than for example, influenza," said co-author Rosalind Eggo.

"This doesn't mean that school closures are completely ineffective." 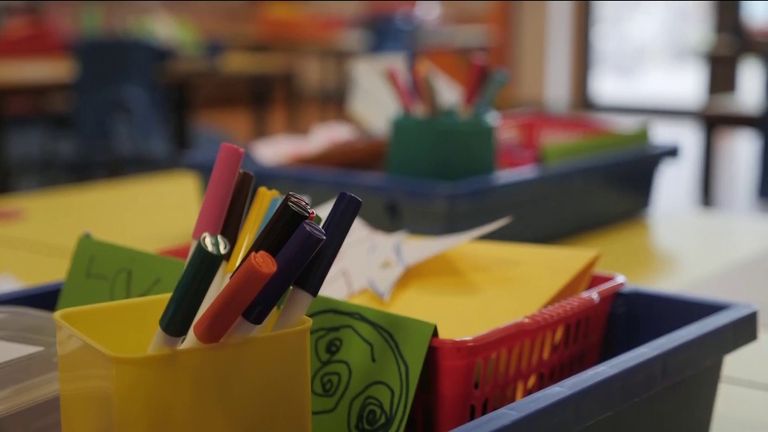 Failure to re-open schools is 'astonishing'

Asked whether this meant the government could safely reduce social distancing in schools, for instance by dropping the distance between children from two metres to one metre, the researchers said they had not assessed that question.

The researchers did not assess the infectiousness of children, so the study did not analyse the impact of school closures on teachers.

Dr Eggo said: "Whether to reopen schools or not is a very complicated question. You need to bring in a variety of different pieces of evidence... More studies are definitely needed."

The topic of coronavirus in children has been hotly debated, with some suggesting that young people may not be susceptible to the virus, while others argue that they contract it asymptomatically, meaning it is less likely to be detected. 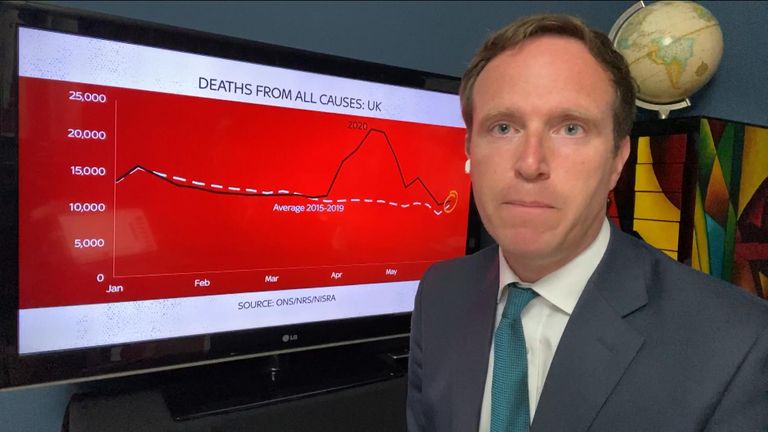 UK coronavirus deaths up to nearly 52,000

The researchers found that young people's decreased susceptibility was the most likely cause of the low incidence of the virus among under-20s, rather than asymptomatic spread.

But they were less likely to have symptoms if they caught the virus.

Among 10-to-19-years old, for instance, 79% of infections were either asymptomatic or only mildly symptomatic, compared to 31% in those over 70 years of age.

Symptoms did tend to increase with age, the researchers found, but - unlike susceptibility - did not increase sharply.

Fears about the impact of COVID-19 on poorer countries could be unwarranted, the paper concluded, because they generally have younger populations than higher-income countries.

These demographic differences could result in fewer clinical cases in poorer countries than richer countries, the researchers said.

Researchers said "there was a chance" results could "vary from place to place", both because of other health conditions, or differences in the spread of the virus among different populations.