UK, France to work together on blocking migrant route: Philp 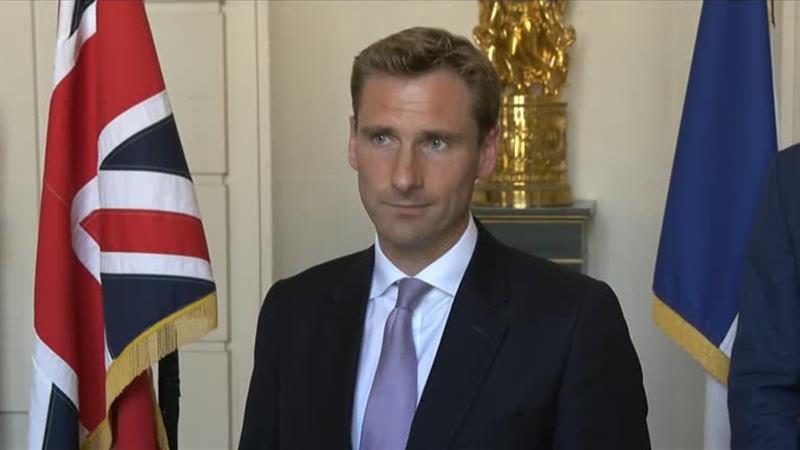 The United Kingdom and France will work "at pace" to finalise a new plan for shutting down a migrant route across the English Channel, according to the British immigration minister.

"It's clear more needs to be done," Philp told reporters in Paris after meeting French officials.

"If we can make this route unviable, which we are determined to do, then migrants will have no reason at all to come to France in the first place," he said.

Hundreds of people, including some children, have been caught crossing to southern England from makeshift camps in northern France since Thursday - many navigating one of the world's busiest shipping routes in overloaded rubber dinghies.

Philp said Paris had agreed to mirror London's move of appointing a special commander to oversee the operation.

Asked if the UK was ready to pay France to bolster its policing of the maritime border, the minister said: "We accept this is a shared problem. If a shared plan can be agreed, we would be obviously be prepared to support that ... in all the ways necessary to make it a success."

More than 20 migrants were escorted to Dover on Tuesday by the UK border force.

Many of the migrants seeking to reach the UK come from Afghanistan, Iraq, Iran, Syria and countries in Africa, fleeing poverty, persecution or war.

Some stand a chance of being granted asylum, while others, considered illegal economic migrants, are unlikely to be allowed to remain in the UK.

The UK has called for more flexibility to the European Union's so-called Dublin Regulation, which currently governs the return of undocumented immigrants.