UK 'formally' tells EU it will not extend Brexit transition 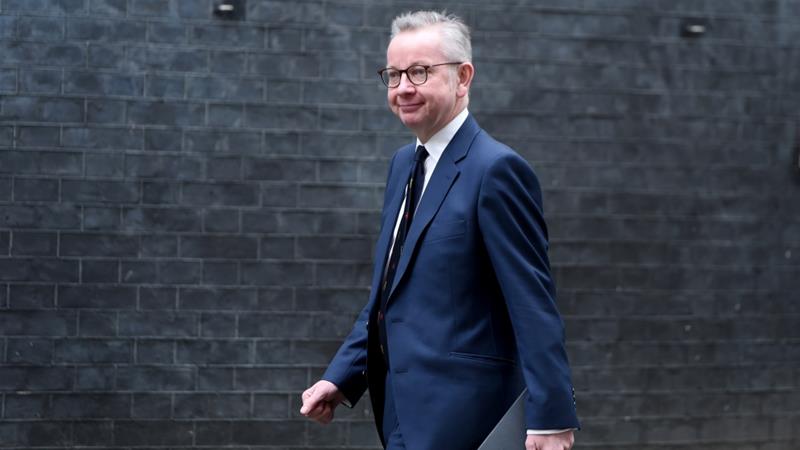 The United Kingdom has officially told the European Union it will not seek an extension to the post-Brexit transition period beyond December 31 this year.

The country left the bloc in January, but remains under EU rules until the end of the year, as new terms are thrashed out between the two sides for their future relationship.

London maintains it does not need more time to secure a free trade deal, despite deadlock in the talks over key areas, and a tight timeline made more acute by the coronavirus pandemic.

"I formally confirmed the UK will not extend the transition period and the moment for extension has now passed," he said on Twitter. "On 1 January 2021, we will take back control and regain our political and economic independence."

Also on Friday, Gove said in a statement that the UK would introduce border controls in stages on imports from the EU after the end of the Brexit transition period up until July 1, 2021, to try to soften the blow for companies already battling the coronavirus pandemic.

From January, traders importing standard goods such as clothes and electronics will need to keep sufficient records of imported goods but will have up to six months to complete customs declarations.

While tariffs will need to be paid, payments can be deferred until the customs declarations have been made, and companies will need to consider how they account for VAT on imported goods.

From April, those importing all products of animal origin and plants will need to fill out forms and, by July, full checks will be in place for all traders and all goods.

The government is providing a package of 50 million pounds ($63m) for recruitment, training and new IT equipment for those operating in the customs sector.

The government added that it would build new border facilities for carrying out checks and provide support to ports which need to build new infrastructure.