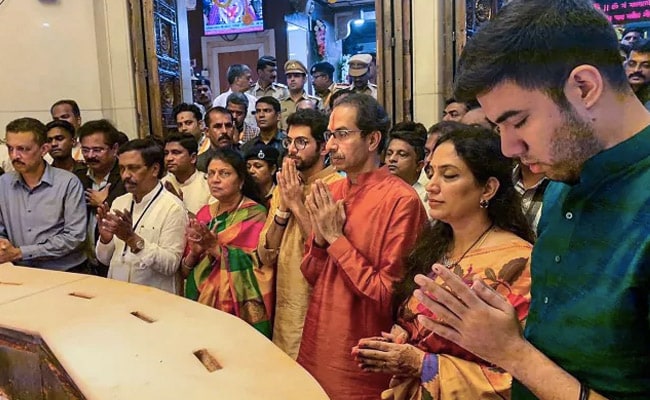 Maharashtra Chief Minister Uddhav Thackeray's father-in-law, Madhav Patankar died at a hospital in Mumbai today. He was 76 years old. A senior Shiv Sena leader said Madhav Patankar had been ailing for quite some time.

Deeply Saddened to hear to about the demise of Shri. Madhav Patankar - Father of Mrs. Rashmi Uddhav Thackeray. My Heartfelt Condolences. May He rest in peace. My Thoughts and Prayers with the Patankar and Thackeray Family.

Madhav Patankar was hospitalized several times, in the recent past, because of his illnesses including a kidney ailment. He lived close to Matoshree, the Thackeray residence.

Uddhav Thackeray today cancelled his meeting with the Congress leaders, who are reportedly upset with the state cabinet, for not including them in the key decision making. "Some issues are there and for that we need to speak with the Chief Minister one on one," Balasaheb Thorat, the revenue minister said. "But due to personal reasons, he cancelled the meeting today. The key meeting will be held in the next few  days, he added.

In UP, sub-inspector is suspended over beard

Allahabad HC grants bail to journalist held over his tweets