Father Ted co-creator Graham Linehan has been banned from Twitter after comments he made about transgender people.

The Irish writer - who also helped create The IT Crowd - has courted controversy for his views on the trans community, and was given a verbal harassment warning by police in 2018 after a transgender activist claimed he "trolled" her.

Last week, he briefly lost his blue tick verification after he accused an LGBTQ+ group of "grooming".

However, a Twitter spokesperson said his tick had been removed in error and it was later restored. 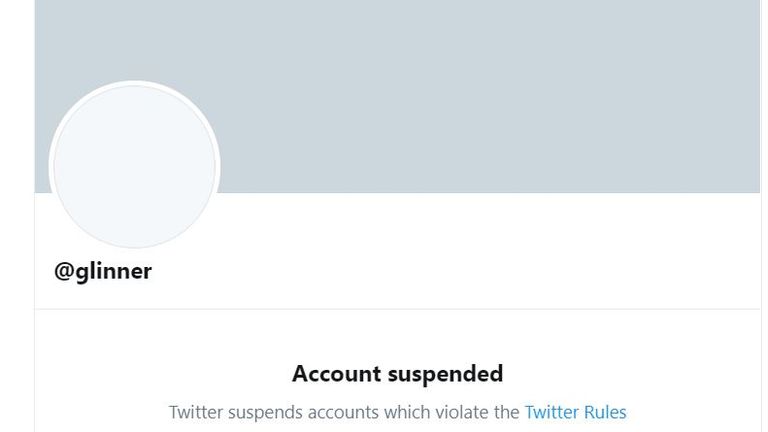 Linehan's @Glinner account now appears to have been taken down, with a message from Twitter saying profiles that violate the platform's rules will be suspended.

The ban comes after he allegedly tweeted "men aren't women tho", in response to a post by the Women's Institute, which had wished a happy Pride to all of its trans members.

He wrote: "I've finally been suspended from Twitter and I have a feeling they're either going to ban me or just take my verified tick.

"I've submitted an appeal with Twitter and the Better Business Bureau but I thought I'd post here too so people knew what was going on.

"Recently, I keep getting locked out of my account and forced to delete tweets to get back in."

A number of high-profile figures on Twitter reacted to the news.

"Transphobia will not win. Thank you @twitter. Please make it permanent. Who next?!!!"

Other recent high-profile bans from Twitter include commentator and reality TV star Katie Hopkins, whose account was taken down for "abuse and hateful conduct".