Tunisia’s president has announced the suspension of the Tunisian parliament and the dismissal of Prime Minister Hicham Mechichi after violent protests broke out in several Tunisian cities over the government’s handling of the COVID pandemic and the economy.

President Kais Saied said on Sunday he would assume executive authority with the assistance of a new prime minister, prompting the biggest challenge yet to a 2014 constitution that split powers between president, prime minister and parliament.

“Many people were deceived by hypocrisy, treachery and robbery of the rights of the people,” he said in a statement carried on state media.

The statement followed an emergency meeting at his palace after thousands of Tunisians marched in several cities.

“I warn any who think of resorting to weapons … and whoever shoots a bullet, the armed forces will respond with bullets,” he added.

He said in his statement that his actions were in line with the constitution, and he also suspended the immunity of members of parliament.

Tunisian Parliament Speaker Rached Ghannouchi accused President Saied of launching “a coup against the revolution and constitution” after the move.

“We consider the institutions to be still standing and supporters of Ennahda and the Tunisian people will defend the revolution,” Ghannouchi, who heads Ennahda – the biggest party in parliament – told Reuters news agency by phone.

Saied has been enmeshed in political disputes with Prime Minister Mechichi for over a year, as the country grapples with an economic crisis, a looming fiscal crunch and a flailing response to the COVID-19 pandemic.

Saied and the parliament were both elected in separate popular votes in 2019, while Mechichi took office last summer, replacing another short-lived government.

Tunis-based journalist Rabeb Aloui told Al Jazeera that Saied’s move did not come as a surprise, as he had threatened to dissolve parliament and sack the prime minister.

“Since last September we (have) lived under a political crisis,” Aloui said.

She said many young Tunisians, particularly those who were protesting on Sunday, have expressed joy at the announcement.

The demonstrators had also called for social and economic reforms, however, and those issues still need to be addressed, Aloui added.

“We are really living under an economic crisis, with the health crisis too [from] the coronavirus pandemic,” she said.

Thousands of people had defied virus restrictions and scorching heat to demonstrate on Sunday in the capital of Tunis and other cities. The largely young crowds shouted “Get out!” and slogans calling for the dissolution of parliament and early elections.

The protests were called on the 64th anniversary of Tunisia’s independence by a new group called the July 25 Movement.

Security forces deployed in force, especially in Tunis where police blockades blocked all streets leading to the main artery of the capital, Avenue Bourguiba. The avenue was a key site for the Tunisian revolution a decade ago that brought down a dictatorial regime and unleashed the Arab Spring uprisings. 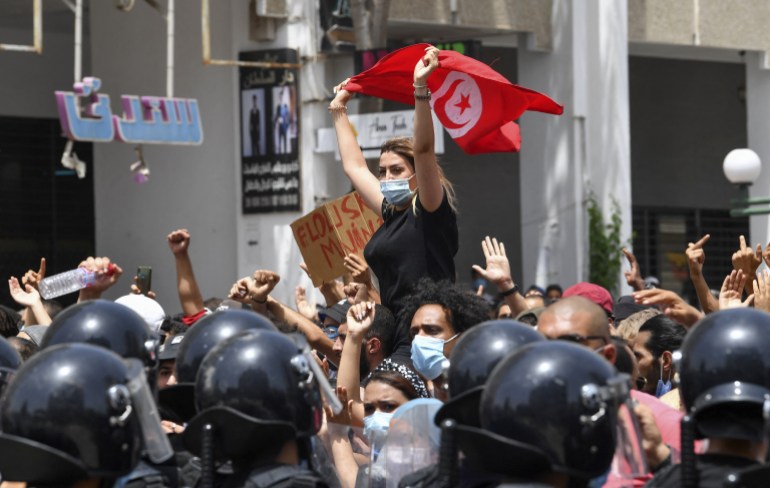 Police also deployed around the parliament, preventing demonstrators from accessing it.

In Tunis on Sunday, police used pepper spray against protesters who threw stones and shouted slogans demanding that Prime Minister Mechichi quit and parliament be dissolved.

Witnesses said protesters stormed or tried to storm the offices of Ennahda in Monastir, Sfax, El Kef and Sousse, while in Touzeur they set fire to the party’s local headquarters. 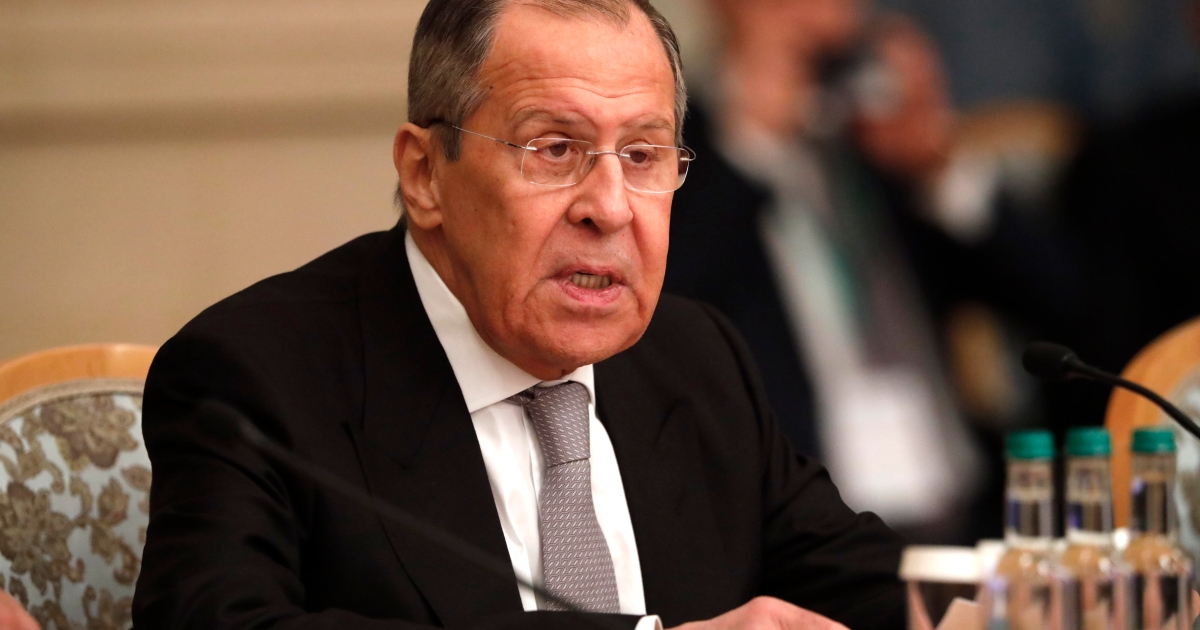