Federal authorities say Barrack, a longtime friend of Donald Trump, secretly lobbied in the US on behalf of the UAE.

The chairman of former President Donald Trump’s 2017 inaugural committee pleaded not guilty Monday and said he was “100 percent innocent” of charges that he secretly lobbied the US on behalf of the United Arab Emirates.

Thomas Barrack, 74, wearing a black mask to protect against the coronavirus, appeared in Brooklyn federal court for the first time, days after he was freed on $250m bail following his arrest in California. His lawyer entered his plea for him.

“As you’d expect, the system is working. I think what you’ll find is that … over time, you’ll all see that I’m 100 percent innocent,” Barrack said as he left the court.

Prosecutors said Barrack used his multi-decade friendship with Trump to influence the Republican’s policy, starting when Trump was a candidate in 2016 and continuing after he was sworn in as president. 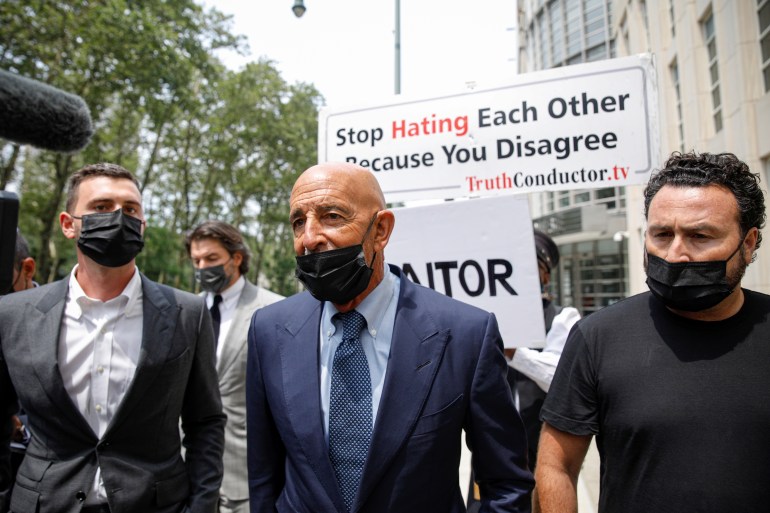 At the time, the UAE was in a tense diplomatic conflict with Qatar. Prosecutors said that, among other things, Barrack provided Emirati government officials with information about how senior US officials viewed the dispute. A group of countries, including Saudi Arabia, Egypt, the UAE and Bahrain, launched a blockade against Qatar in mid-2017.

Prosecutors said Barrack boasted to contacts in the Emirates that he could help them gain influence with the then-new administration, even as he was seeking a post as ambassador to the UAE or as special envoy to the Middle East.

Federal authorities said Barrack broke the law by failing to disclose his UAE ties to the US government.

On Friday, a Los Angeles magistrate judge approved a $250m bail deal negotiated between Barrack’s lawyers and federal prosecutors. The arrangement required Barrack to give up passports and submit to electronic monitoring. It also imposed a curfew.

Barrack is charged with conspiracy, obstruction of justice and making false statements during a June 2019 interview with federal agents.

Barrack, who has an electronic ankle bracelet to comply with monitoring requirements, plans to live in Aspen, Colorado, while he awaits trial, his lawyers said. He also pledged to only fly on commercial flights. He is subject to a curfew and various other restrictions, including limits on financial transactions and bans on communications with officials from the UAE and Saudi Arabia.

In an indictment unsealed last week, federal prosecutors accused three people – Barrack, his former employee Matthew Grimes, and Emirati businessman Rashid al-Malik of failing to register as lobbyists, and using their influence to advance the UAE’s foreign policy in the United States. 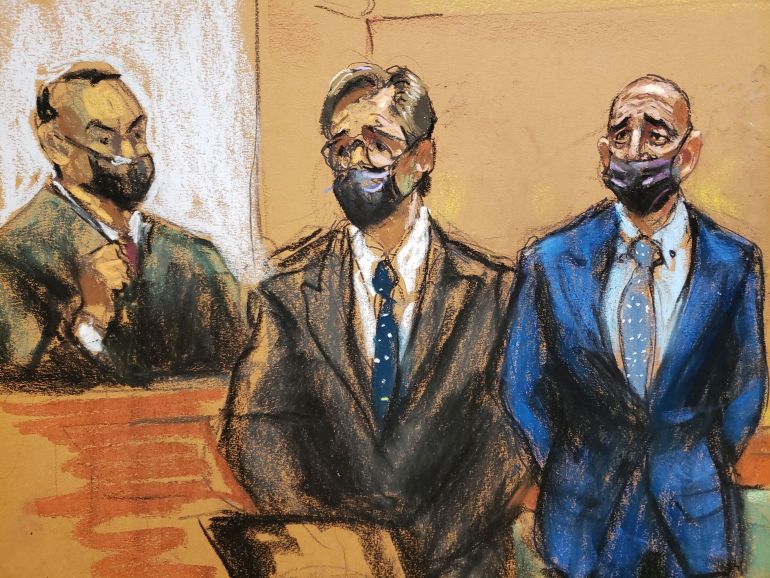 Courtroom sketch of Thomas Barrack standing beside his lawyer Matt Herrington in the courtroom of US Magistrate Judge Sanket Bulsara during his arraignment hearing at the Brooklyn Federal Courthouse in Brooklyn, New York [Jane Rosenberg/Reuters]

Prosecutors said Grimes, 27, and al-Malik, 43, acted as a conduit to the UAE’s leaders, and were also charged in the seven-count indictment.

Grimes also appeared Monday in Brooklyn federal court, where his lawyer entered a not guilty plea for him.

But al-Malik is at large. He fled the US three days after an April 2018 interview by law enforcement, authorities said. He is believed to be living somewhere in the Middle East.

Barrack was an informal adviser to Trump’s 2016 campaign before becoming the inaugural committee chair.

The indictment against Barrack made no allegations of wrongdoing by the inaugural committee or by Trump.

A pretrial hearing for Barrack and Grimes was scheduled for September 2, when a trial judge rather than a magistrate judge will preside over what was described as a telephonic conference.

Biden tries to heal Democrats' divide on his spending plans

Explained: Why the debt limit is again roiling Washington 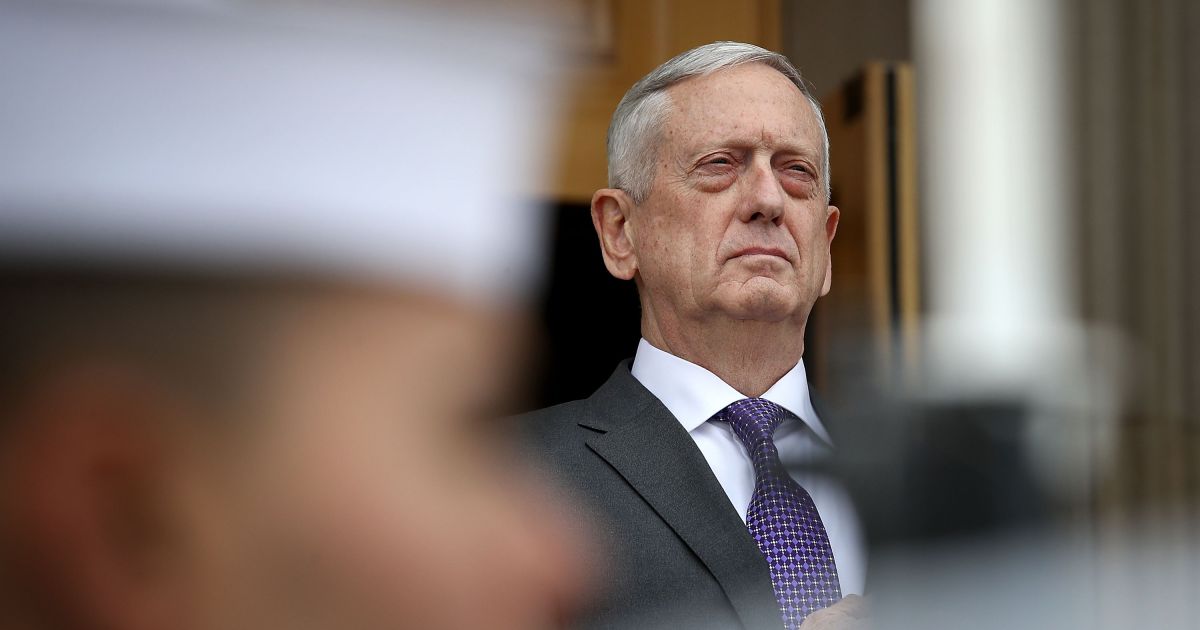 Ex-US defence chief testifies he was deceived by Elizabeth Holmes