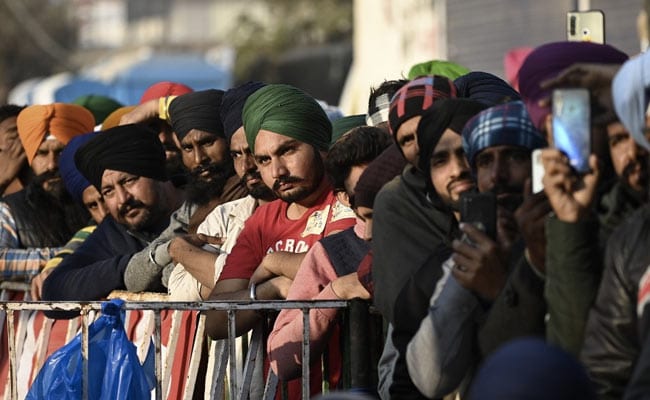 Ahead of the next round of talks between the Centre and the agitating farmers, the Congress on Monday said it would be a "true test of nationalism", and warned no government can face the wrath of farmers "who believe they are being deceived".

The government is holding the seventh round of talks with the agitating farmers and their leaders at Vigyan Bhawan.

The Congress has been demanding the repeal of the three farm laws whose enactment has triggered a massive protest by farmers.

Congress leader Rahul Gandhi said those sitting under the dripping tents in the winter rains "are our own fearless farmers and not strangers".

There is nothing more left to be seen as far as the government's "brutality" on farmers is concerned, he alleged, as he shared some pictures of agitating farmers braving the winter chill while protesting at Delhi's borders.

Congress leader Priyanka Gandhi Vadra said around 60 farmers have lost their lives in the course of the agitation due to the "government's arrogance".

Sharing a video of the tear gas shells being thrown at them, she asked how the farmers can trust this government.

''On one hand, the government is calling farmers for talks and on the other it is hurling tar gas shells at them in this chilling winter cold. Around 60 farmers have lost their lives due to this arrogant and cruel behaviour of the government. How can farmers trust this cruel government?" she asked in a tweet in Hindi.

Congress leader P Chidambaram cited the words of noted poet Saint Tiruvalluvar who, the Congress leader noted, wrote about 2,000 years ago that "if farmers fold their hands, even a person who has renounced life cannot survive".

"How true it is today. No government can face the wrath of farmers who believe they are being deceived," he said on Twitter.

'Inflation Due To Speech By Jawaharlal Nehru': Madhya Pradesh Minister