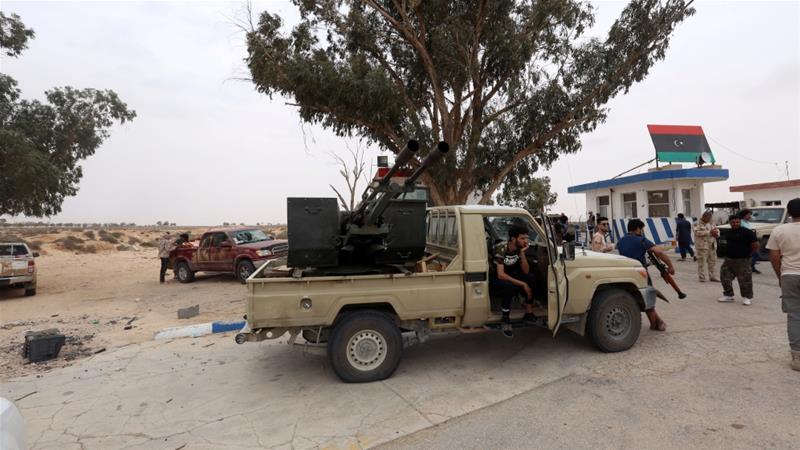 Libya's UN-recognised Government of National Accord (GNA) has said it will boycott talks on the conflict in the North African country to be held by Arab League foreign ministers next week.

Foreign minister Mohamed Taher Siala told the bloc's executive council on Friday that the planned meeting would "merely deepen the rift" between Arab governments on the conflict, his ministry said.

The talks, to be held by videoconference because of coronavirus-related concerns, were called for by Egypt, a key supporter of eastern-based renegade military commander Khalifa Haftar.

Siala complained there had been no prior consultation with his government, even though the meeting concerned Libya, and said the virtual format of the meeting was not appropriate for addressing the thorny issues involved.

The GNA has been on the ascendancy since its Turkish-backed forces defeated a year-long offensive by Haftar's loyalists against the capital earlier this month and drove them out of western Libya.

Egypt responded with a peace initiative that was welcomed by fellow Haftar supporters the United Arab Emirates, Jordan and Saudi Arabia, but was widely viewed as a bid to buy time for Haftar's force to regroup.

The GNA and Turkey both dismissed the initiative and called for continued ceasefire negotiations under the aegis of the United Nations. Washington too called for UN-led ceasefire talks.

Libya has been mired in chaos since the 2011 uprising that overthrew and later killed longtime leader Muammar Gaddafi.

The latest escalation has been marked by an uptick in foreign involvement.

Haftar's self-styled Libyan National Army controls eastern Libya and much of the south, where some of the main oil fields, the source of most of the North African country's external revenue, are located.

Oil exports have been frozen for most of this year after eastern-based forces blockaded the ports, including the main ones near Sirte.

Last week, the National Oil Corporation briefly restarted production at two of the main oil fields, but was forced to close them again after a few hours.