TikTok has said it will no longer operate in Hong Kong after China's new national security law demanded it hand over user data.

Technology giants including Google, Twitter and Facebook have also said they will deny requests for user data from Hong Kong law enforcement while they examine the implications of the new legislation.

It comes after the Hong Kong government announced how some aspects of the security law will be implemented late on Monday.

Police will no longer have to seek court orders before requiring internet users or service providers to remove posts or aid investigations. 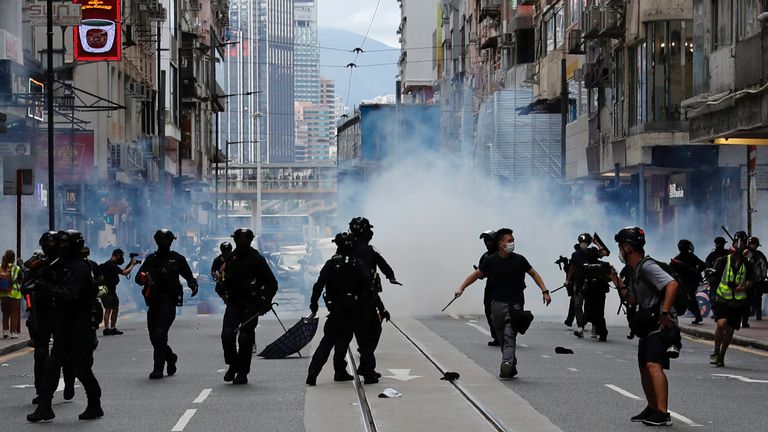 Last week, Beijing imposed a sweeping new national security law on Hong Kong which many - including the UK and US governments - believe threatens the city's traditional freedoms.

The Chinese and Hong Kong governments insist those freedoms will be respected and that the law is necessary to restore stability.

Unlike on the Chinese mainland - where access to many sites is blocked - Hong Kong's internet has, up until this point, been unrestricted.

However, many people in Hong Kong have been scrubbing their internet history since the law was passed.

A TikTok spokesman told Reuters: "In light of recent events, we've decided to stop operations of the TikTok app in Hong Kong."

But Tiktok's parent company ByteDance told Chinese state media outlet Global Times that Douyin - the Chinese version of the app - will continue to be available in Hong Kong.

Facebook, which owns WhatsApp, said they would pause its response to government requests for user data "pending further assessment of the national security law, including formal human rights due diligence and consultations with international human rights experts".

Twitter said: "Like many public interest organisations, civil society leaders and entities, and industry peers, we have grave concerns regarding both the developing process and the full intention of this law." 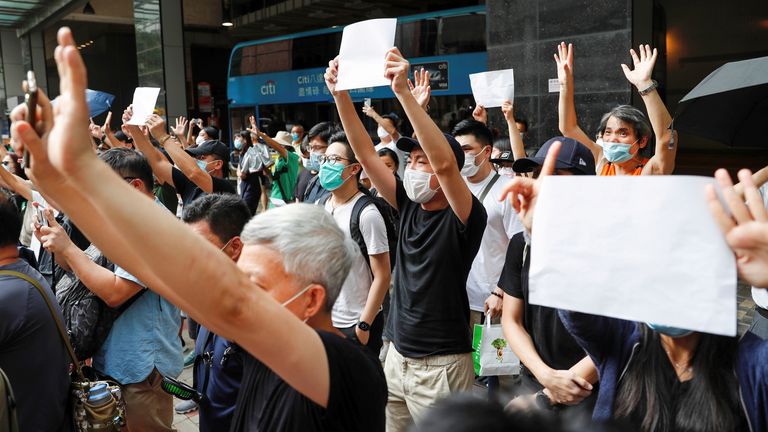 Take a 15-minute train from mainland China to Hong Kong, and the first thing you notice is that the internet on your phone comes back to life: Twitter, WhatsApp and Google are all suddenly freely accessible, unlike on the mainland.

That may not last long if the tech giants refuse to cooperate with the new national security law - and the Great Firewall is perhaps extended south across the water.

Technology was important to the organisation of last year's protests and the government isn't likely to be too sad to see those platforms go.

But Hong Kong is not there yet. And any ban on Western technology platforms that, in the long term, refuse to comply with requests would have to be measured against the undoubted impact it would have on Hong Kong's business environment.

TikTok's departure from Hong Kong is interesting in itself. The video-sharing app is going further than other tech companies - perhaps in a bid to demonstrate that it is independent from the Chinese government.

The platform has said it will never hand user data over to the Chinese authorities, but suspicions have remained - TikTok was developed by ByteDance, which has its headquarters in Beijing. 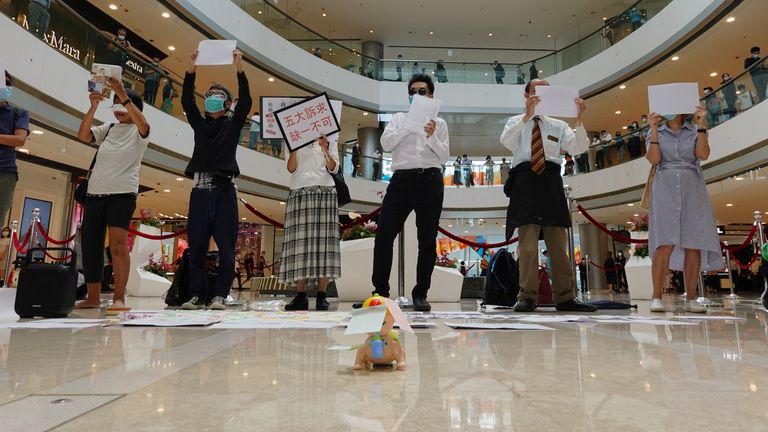 Last week the Indian government said it would ban TikTok, along with more than 50 other Chinese apps, amid tensions between the two countries.

More widely, the announcement of the national security law's implementation underlines some of the issues around the legislation. The measures only correspond to one article - 43 - outlying law enforcement powers.

That is only one article out of 66. Many called the laws sweeping when they were added - now the detail is being filled out in a hurry. 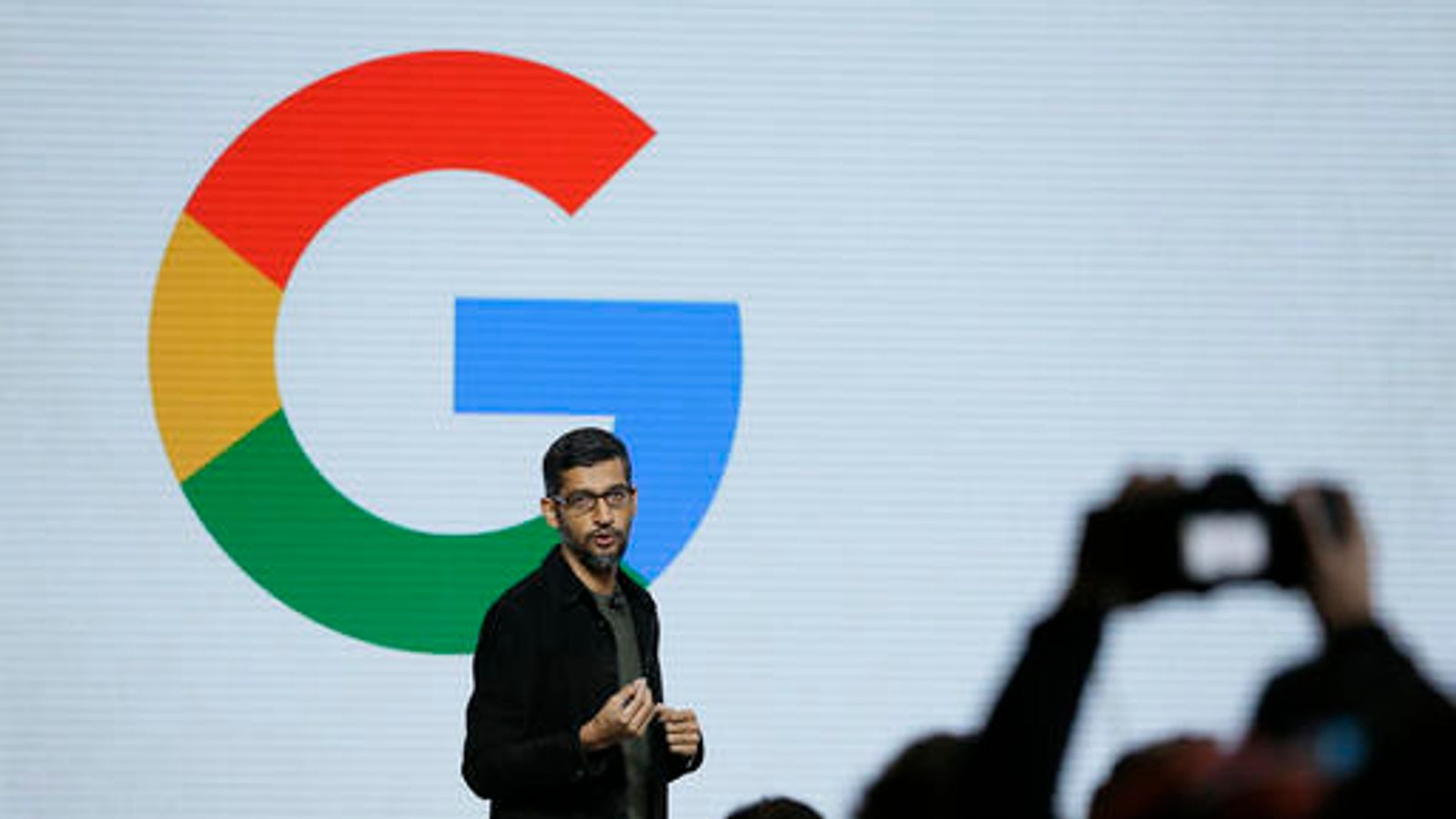