Thousands of Hondurans are making their way on foot across Guatemala in hopes of reaching the United States, authorities said on Saturday, as they flee violence and economic hardship worsened by the COVID-19 pandemic and recent deadly storms.

Guatemala’s immigration authority said on Saturday that between 7,000 and 8,000 migrants and asylum seekers had entered the country since Friday and were heading towards Mexico.

“We have nothing to feed to our children, and thousands of us were left sleeping on the streets,” Maria Jesus Paz, a mother of four children who said she lost her home in back-to-back hurricanes that hit Central America in November, told the Reuters news agency.

“This is why we make this decision, even though we know that the journey could cost us our lives,” she added.

The first migrant caravan of the year is aiming to reach the US, where many hope President-elect Joe Biden will be more welcoming to asylum seekers than President Donald Trump, who oversaw an immigration crackdown. 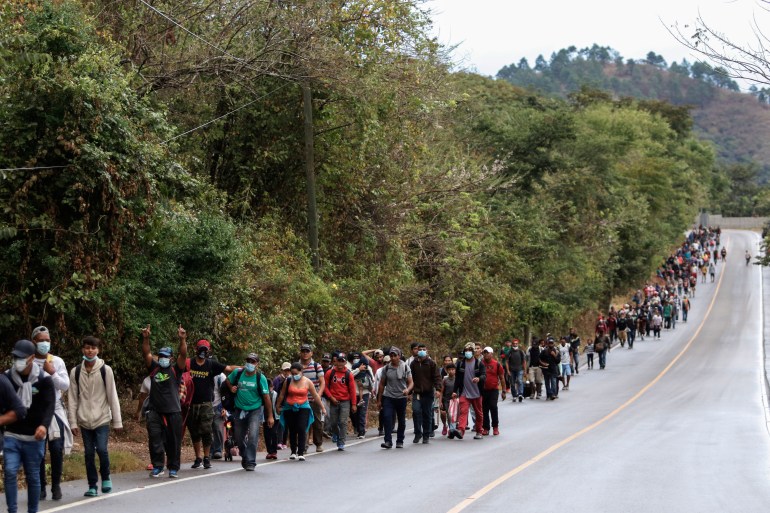 Migrants hoping to reach the US border walk alongside a highway in Chiquimula, Guatemala [Delmer Martinez/The Associated Press]Biden, who takes office on Wednesday, has promised “a fair and humane immigration system”.

But Guatemala, Mexico and Honduras have an agreement with the US to stop north-bound migratory flows, and Mexican and Central American authorities have coordinated security and public health measures aimed at deterring mass unauthorised migration across the region.

The acting commissioner of US Customs and Border Protection (CBP), Mark Morgan, warned people on January 8 against joining the caravan. “Do not waste your time and money, and do not risk your safety and health,” Morgan said in a statement.

“Migrant caravan groups will not be allowed to make their way north in violation of the sovereignty, standing public health orders, and immigration laws of the respective nations throughout the region,” he said.

Guatemala, Honduras, and Mexico have deployed thousands of soldiers and riot police aimed at blocking the migrants’ passage.

On Friday, the Guatemalan military detained hundreds of people, including many families with young children. 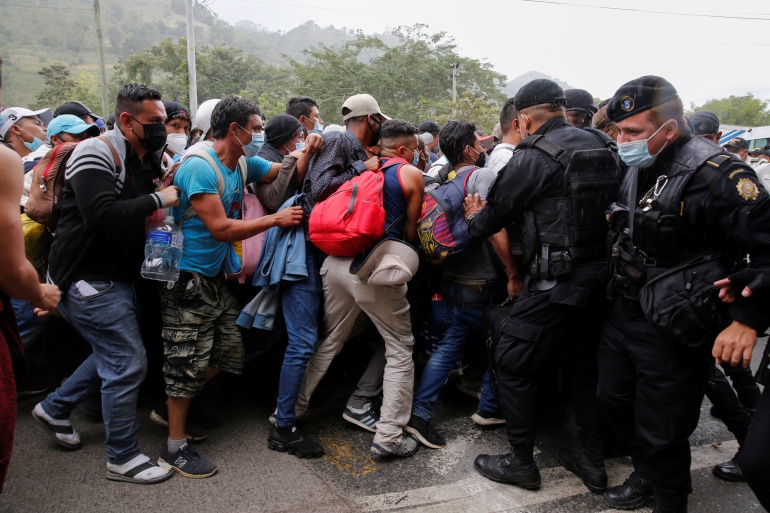 Hondurans taking part in a new caravan of migrants try to cross the border in El Florido, Guatemala [Luis Echeverria/Reuters]Nevertheless, the caravan has grown considerably since it departed early Friday.

Eduaro Lanza, 28, told the AFP news agency that he dreamed of living in a country where people of different sexual orientations can live with dignity, “respect … and a job opportunity”.

Another member of the caravan, 51-year-old Norma Pineda, told the news agency that she has been living on the street since the hurricanes.

“We are leaving because there is no work, no state support. We need food, clothes,” she said.

In a statement on Friday, the International Committee for the Red Cross said, “The combination of COVID-19, social exclusion, violence and climate-related disasters that occur at the same time with a magnitude seldom seen before in Central America raises new humanitarian challenges.” 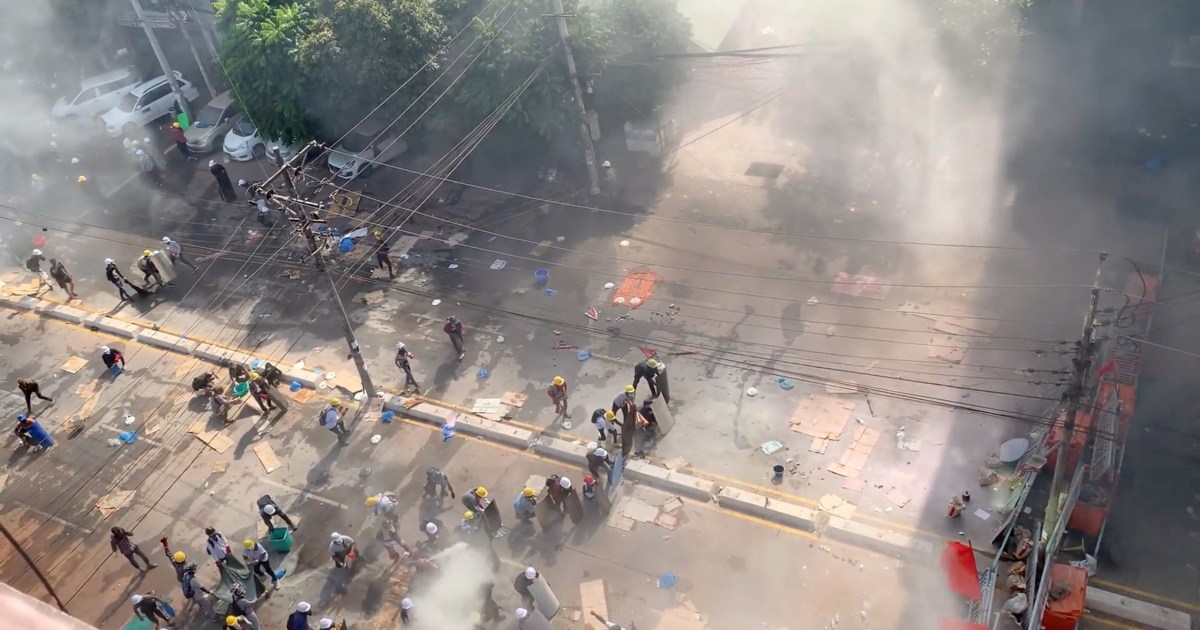 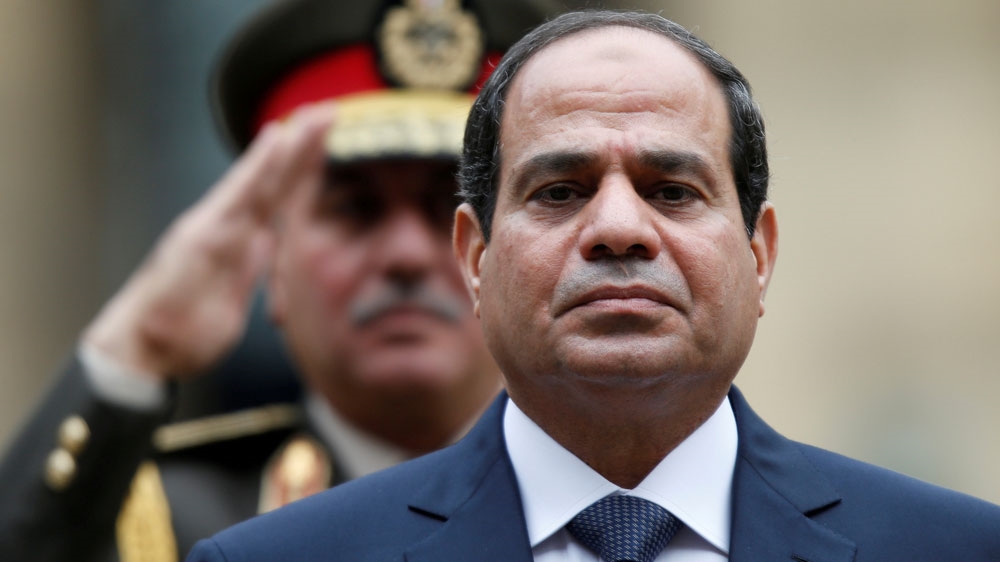 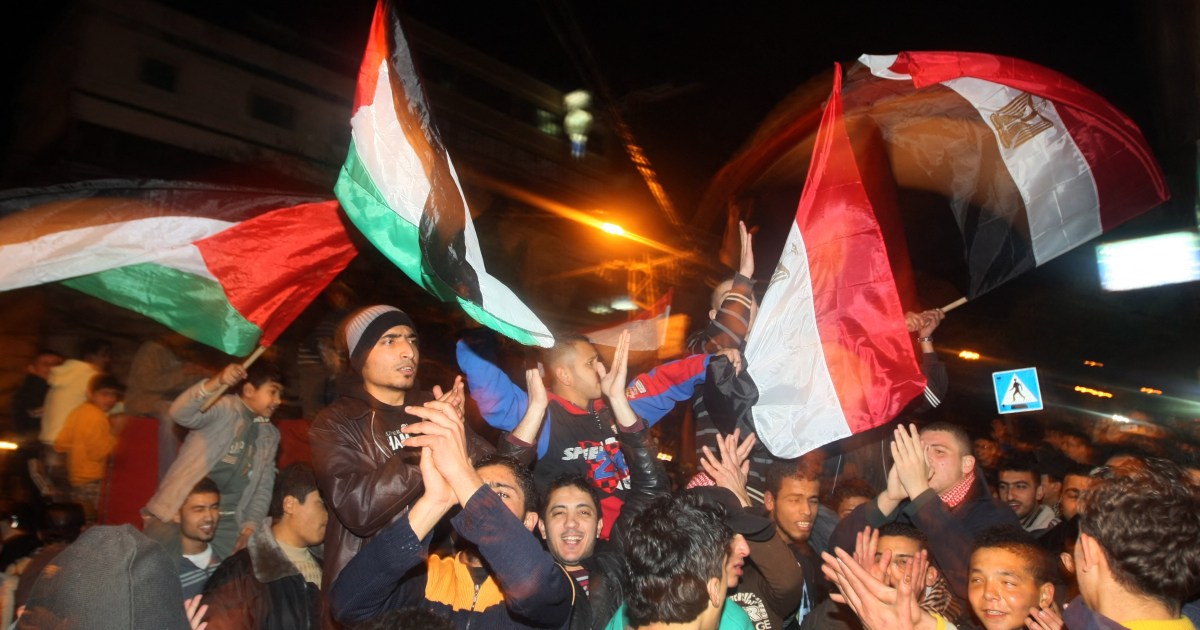 From the Arab Spring to the Great March of Return 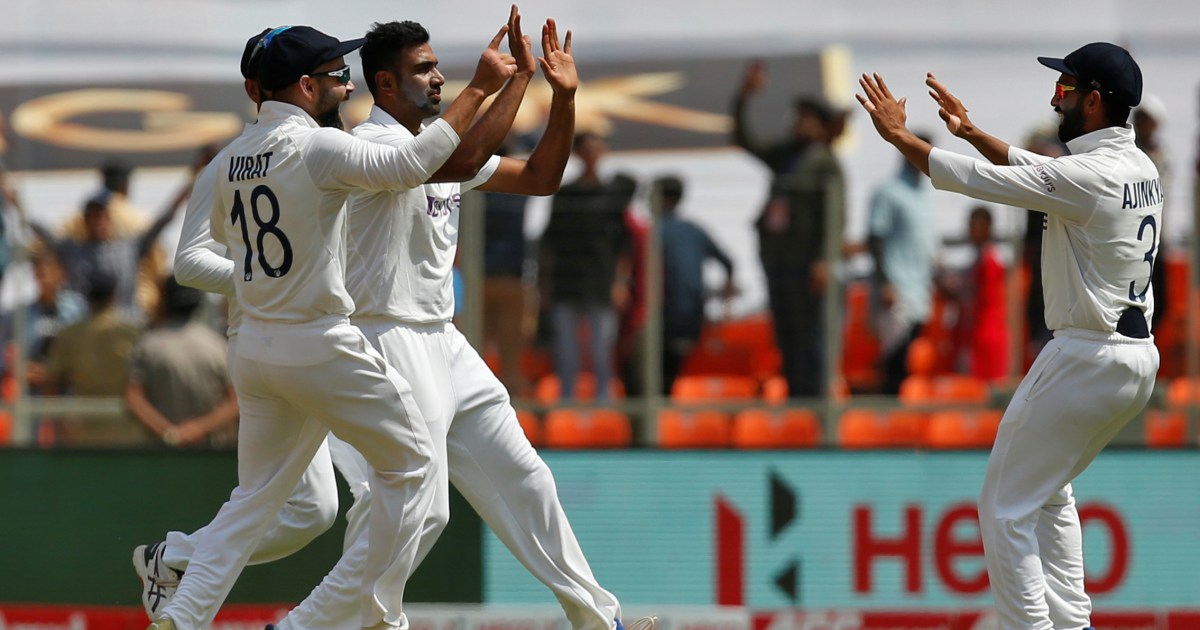