Thousands of people have taken to the streets of Mali's capital demanding the resignation of President Ibrahim Boubacar Keita.

Urged by opposition parties and government critics, demonstrators gathered on Friday in a central square in Bamako to condemn what they say is the president's mishandling of many crises plaguing the country.

Later on Friday, there were reports of a heavy security presence outside the presidential palace as thousands of protesters began surrounding it.

Some demonstrators waved banners bearing slogans such as "IBK, get out", using the acronym by which the president is popularly known. 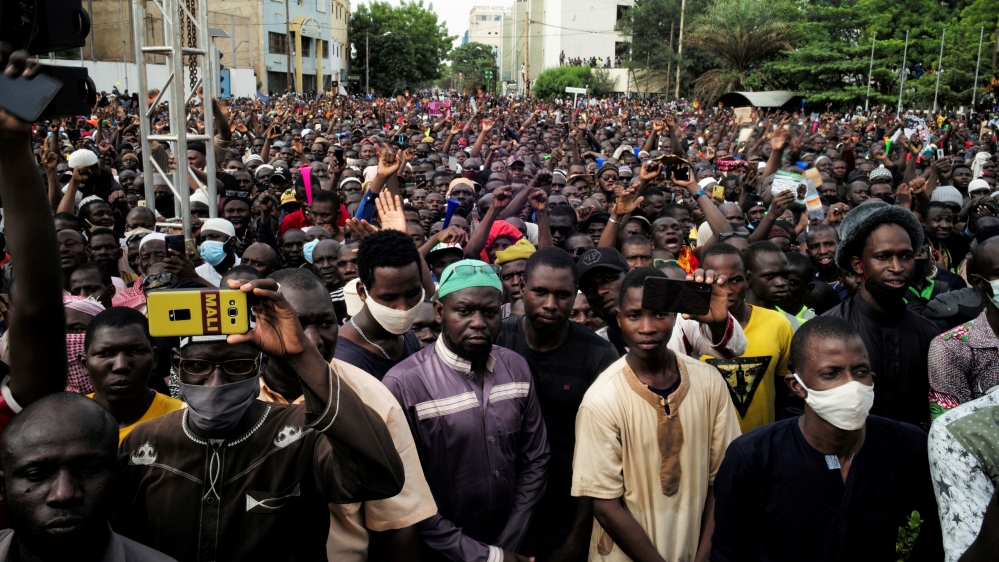 Others had banners demanding the release of Soumaila Cisse, a former prime minister and opposition leader who was kidnapped by armed men in volatile central Mali on March 25 while campaigning for an upcoming parliamentary election.

Military in Mali fire rounds to scare the peaceful crowd around presidential palace. They are quickly dispersed by water canons, tear gaz. Yet another president confined in his residence protected by a barrier of armed security with protestors outside

Led by influential Muslim leader Mahmoud Dicko, the alliance has called Keita's government "chaotic" and has accused it of failing to tackle worsening security in the country and fixing its economy.

Dicko is a prominent imam who was seen as close to Keita, before he entered politics a few months ago.

"This cleric, who was once a close ally to Keita, who had called on people to vote for him is now saying that he should step down, that he's failed his promise of bringing back peace to Mali," said Al Jazeera's Nicolas Haque, who has reported extensively on Mali. 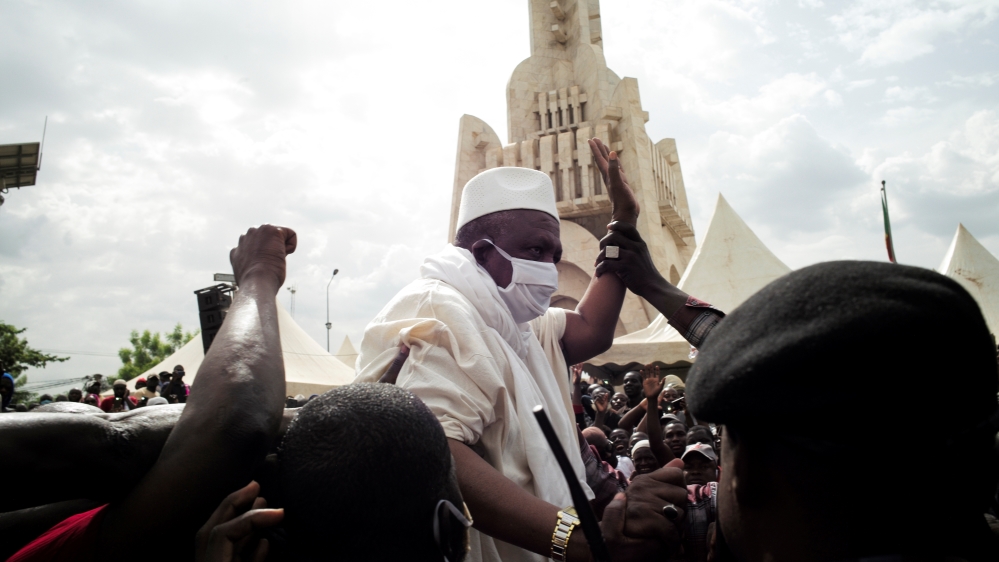 During his time in office, the government has struggled to quell the violence that first broke out in northern Mali in 2012, and which has killed thousands of soldiers and civilians to date.

The conflict has since spread to the centre of the country, as well as neighbouring Burkina Faso and Niger. According to the United Nations, attacks have increased fivefold in the three countries since 2016, with more than 4,000 deaths reported in 2019.

"People have had enough with the violence and the failure of the state to protect the population." 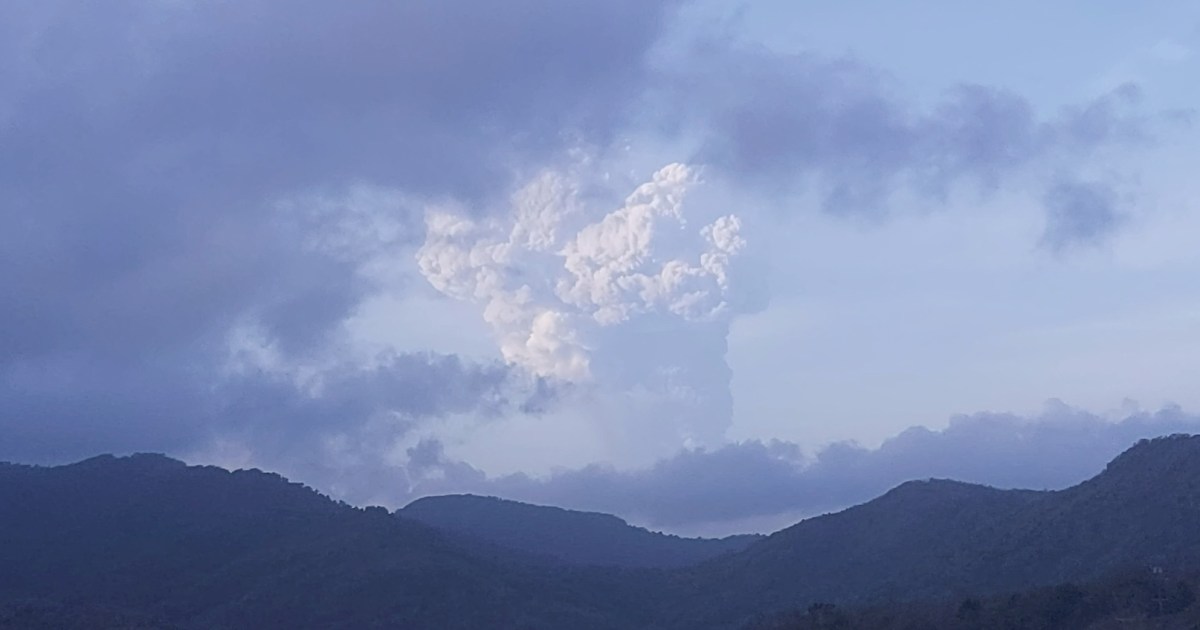 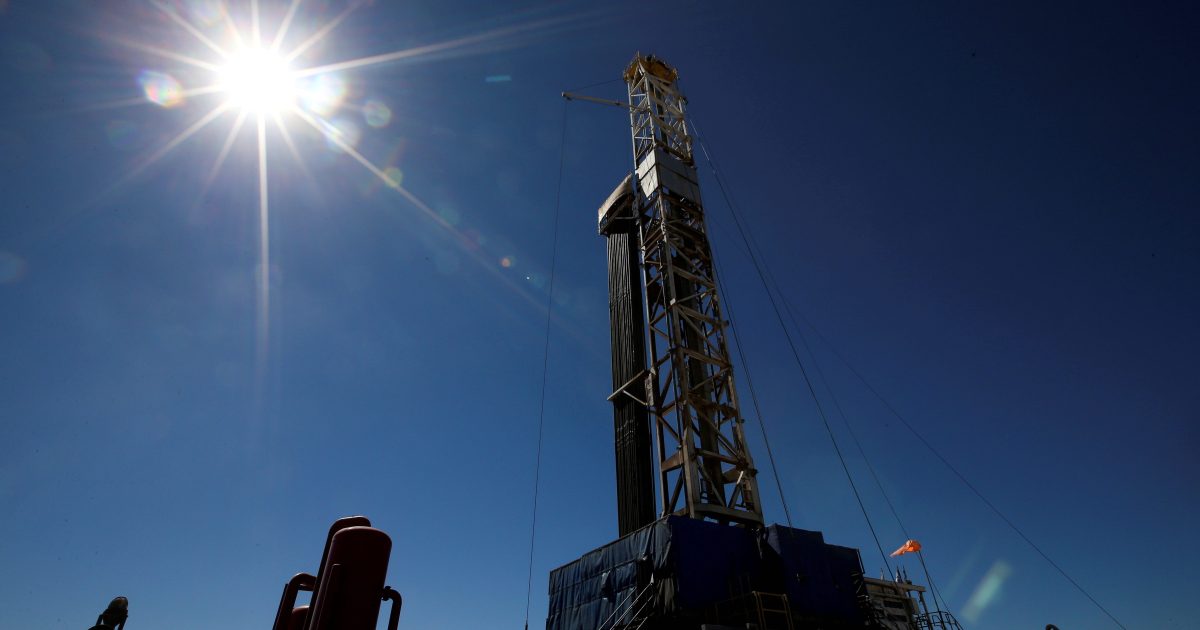 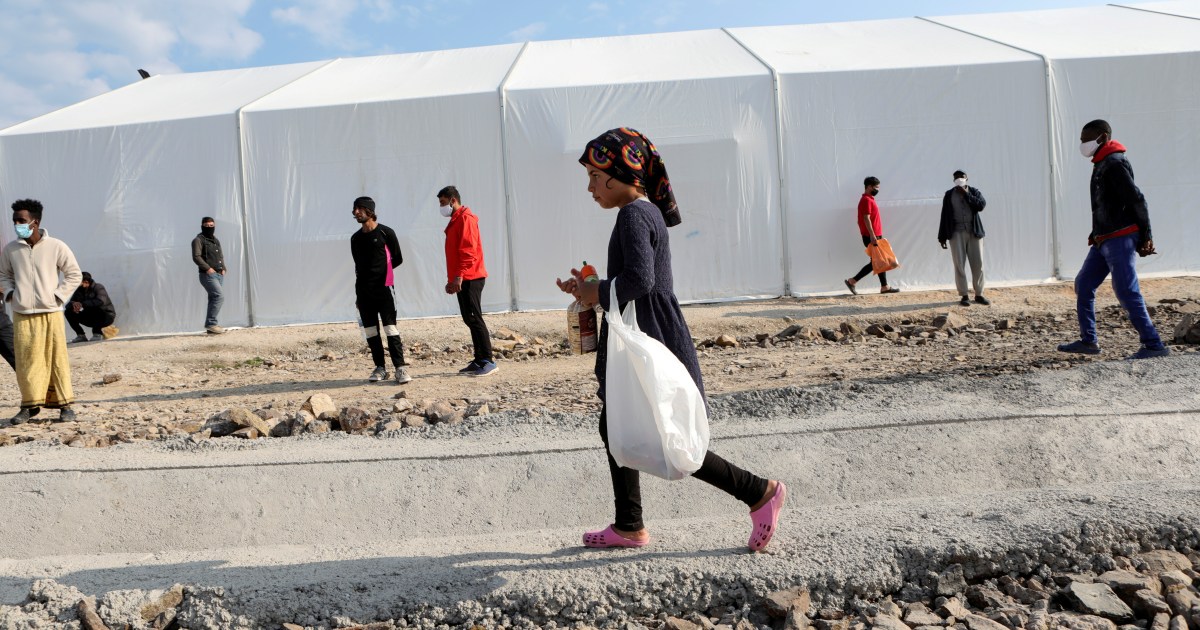 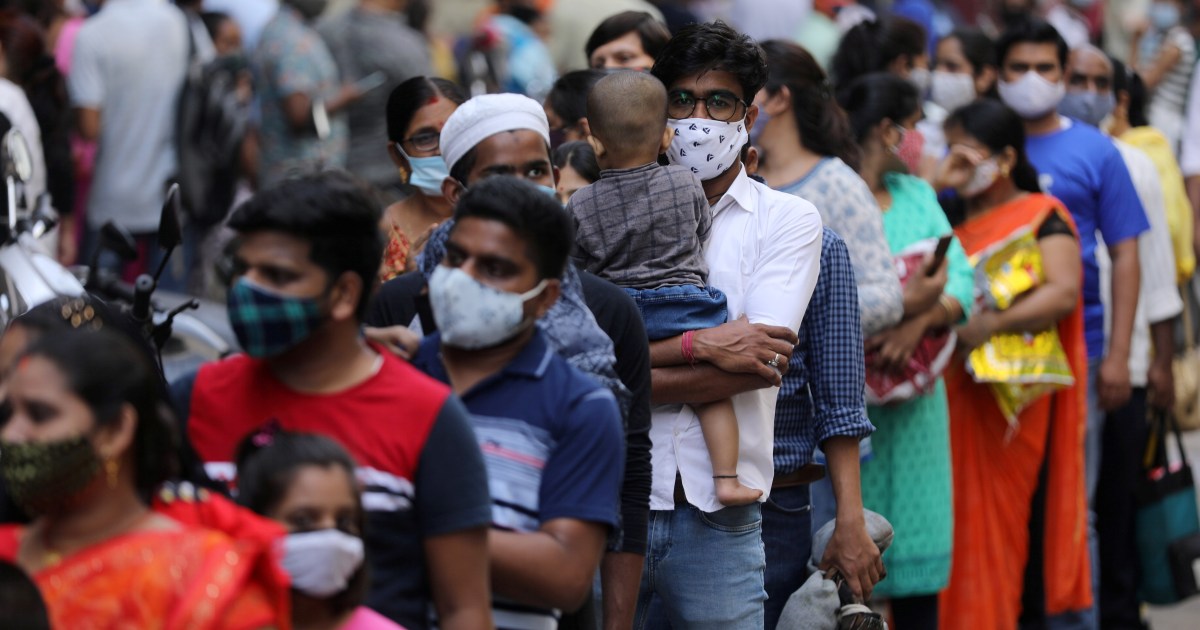