Kuala Lumpur, Malaysia – Turning 30 was the catalyst for Hanna Alkaf to write a novel.

She had been working as a freelance journalist in Kuala Lumpur and had written a few short stories, but the idea of creating something more substantial had long lurked at the back of her mind.

“I wanted to challenge myself, to see if I could see a story through from beginning to completion; 60 or 70,000 words,” Hanna told Al Jazeera.

The result was The Weight of our Sky, a novel for young adults, published in 2019 under Salaam Reads, an imprint of New York publisher Simon and Schuster.

The story of 16-year-old Melati Ahmad is set during one of the most tumultuous periods in Malaysian history - the race riots that shook Kuala Lumpur in May 1969. The violence is a moment in history that even 50 years later is discussed only in the most hushed tones.

Officially about 200 people died, many of them ethnic Chinese, but US officials who were in Malaysia at the time have said as many as 1,500 could have lost their lives in the unrest, which began after opposition parties did better than expected in the general elections. 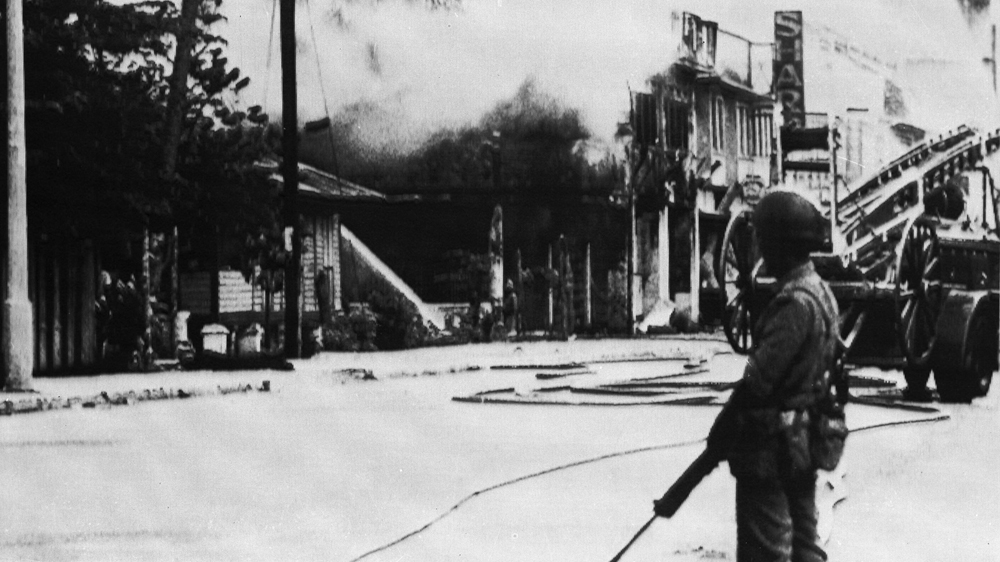 A soldier stands guard as the fire brigade battles a blaze in a Chinese area of Kuala Lumpur on May 17 1969. The racial violence that rocked the Malaysia capital that year is rarely discussed [File: AP Photo]

While most of Malaysia’s population is ethnic Malay, the country has sizeable minorities of indigenous people as well as people of Chinese and Indian descent.

Hanna says she and her peers learned about the riots “only as they were about to leave school and in two or three paragraphs in the most clinical way”. It left her asking questions and with a burning desire to know more.

“One of my fears is that we’re losing the stories of our elders because we are not passing them down to the younger generation,” she said. “I wanted to preserve it in a narrative for young people in a form they could relate to. I don’t think you can underestimate the way people feel when they see themselves in a work of fiction.”

Hanna consulted the records and spoke to some of those who experienced the upheaval to ensure her book – while fiction – remained true to events.

The horror and fear of the times jumps vividly from the page as Melati searches for her mother in the chaos of a city at war with itself; the baying mob who attack a man in a car as Melati hides in a storm drain, the armed gang that turns up at the cinema to divide Malay from non-Malay, the bodies floating face down along the river, the shots that ring out of as she and Vince – the Chinese teen she befriends - try to escape on a motorbike.

Melati’s quest for her mother - a nurse in the local hospital - is complicated not only by the danger on the streets, but by OCD. The teenager is tormented by a djinn, and constantly compelled to count to appease the vengeful spirit. 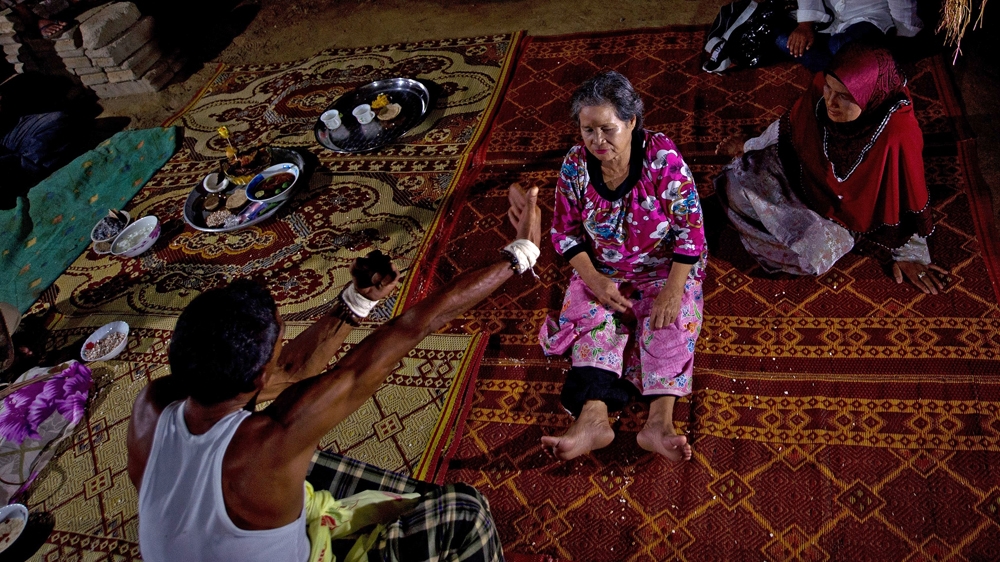 Zailan Che Moh (left) in a state of trance, performs a 'main puteri' treatment on patient Che Esa in the northeastern state of Kelantan, seen as the heart of Malay culture. Hanna says that growing up in Malaysia, ghosts are accepted as part of the world you live in and have also given her ideas for stories [File: Manan Vatsyayana/AFP]

“It’s such a fabulous opening: ‘By the time school ends on Tuesday, my mother has died seventeen times’,” said Malachi Edwin Vethamani, a professor of English at the University of Nottingham in Malaysia and an expert on Malaysian literature in English. “It’s a very interesting work.”

Born on the outskirts of Kuala Lumpur where she still lives with her husband and two children, Hanna was fascinated by words and language and was, by her own admission, a voracious reader. Enid Blyton, Louisa May Alcott, Roald Dahl and the children's classics made up the bulk of her childhood reading. As an adult Terry Pratchett has become a favourite.

“I learned to find pieces of myself in characters, but I never saw a full reflection; a complete picture,” she said.

“The way it usually works is that a Malaysian gets recognised overseas and then the Malaysian local scene claims them,” Vethamani said. “Accolades after the fact. Success has to happen somewhere else.”

The Weight of our Sky won the US-based Freeman Book Award for Southeast Asian literature in 2019. 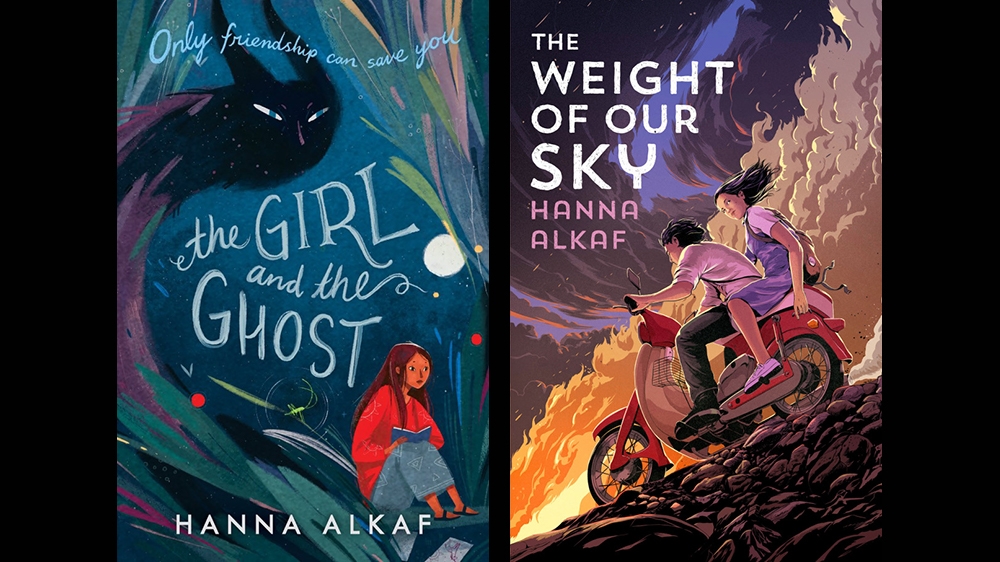 The Weight of our Sky was published in 2019. The Girl and the Ghost comes out in August.

Gwen Johnson, a history teacher with a focus on Asian studies who was among the judges, said the novel speaks across cultures, with characters that can connect with today’s young people despite being set 50 years ago.

“So many of the themes and emotions that the two key protagonists deal with are current in the lives of today’s teenagers,” Johnson said in an email from her home in New York.

“(Alkaf) brings out the raw emotions and prejudicial attitudes that have simmered under the surface over differences in religion, ethnicity, cultural practices, as well as addressing attitudes towards those with disabilities, and explores why these differences separate people and often incite violence and conflict.”

For Johnson, the book is “terrific” for classroom use and an example of how historical fiction can help in the understanding of another’s history and culture. Winning the Freeman award means the book is likely to be added to school libraries and reading lists.

In Malaysia, the book has been well received and has been translated into Malay. Hanna says she was delighted to receive emails from Malay teenagers, young people with mental illnesses and others who felt a connection with the characters and the story.

“They felt quite emotional to see their language, culture and customs play out in a book that had been published on a global stage,” she said. ”They are all able to find bits and pieces of themselves in the book.”

Last month, Hanna published a short story for 8-12 year olds – written in verse and part of an anthology celebrating the Muslim festival of Eid – and her second novel will be published in August. 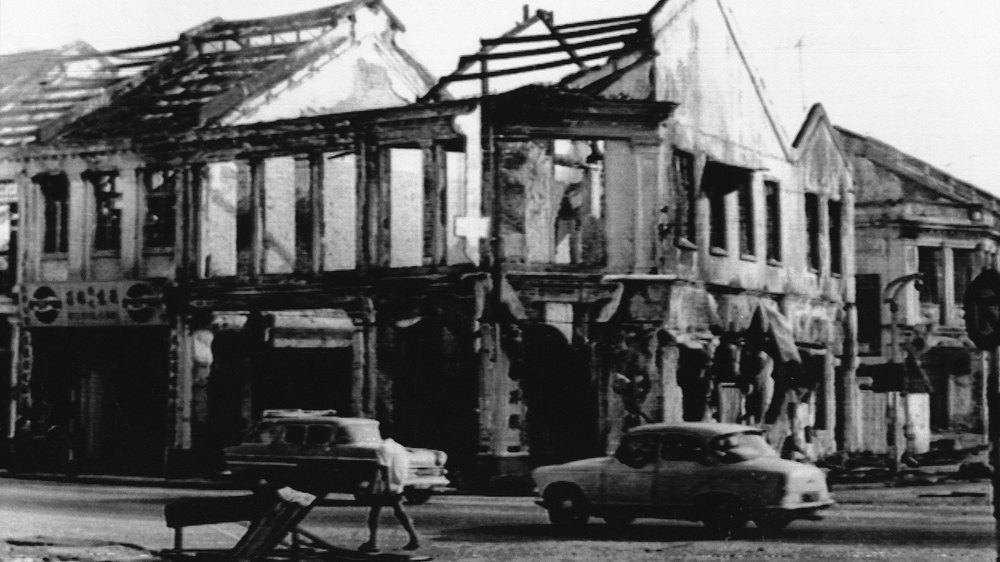 A street in Kuala Lumpur after the lifting of a curfew in the Malaysian capital during the riots of May 1969 [File: AP Photo]

Like its predecessor, The Girl and the Ghost, is about friendship, family and loss.

Written for children up to the age of 14, it features a girl and a spirit – the pelesit – a ghostly companion that is a gift from her grandmother. In Malay folklore, where the spirit world is vast and often terrifying, the pelesit needs a human host in order to survive.

The proofs are now with the publisher and while the coronavirus lockdown has turned Hanna’s writing routine upside down, she has already moved on to her next book. For Hanna – who describes her work as “unapologetically Malaysian” - it is all about bringing the richness and complexity of her homeland to life.

“When you grow up in Malaysia you grow up with this idea of ghosts as part of the world you live in. You grow up in a world where it’s normal; the way the world is. This weird intersection of faith, the supernatural, culture and modern life. There are a lot of stories in that intersection.” 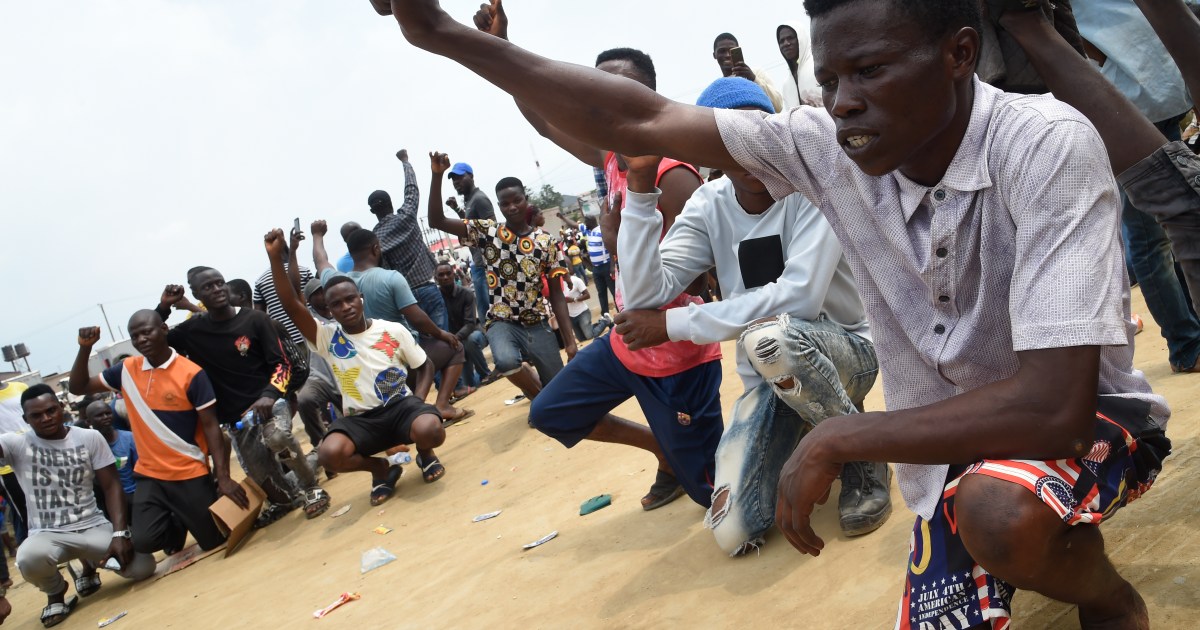