In their riots, Black people are killed with impunity.

Their peace, their regular order is a place where Black people are killed with impunity.

I do not wish them peace.

It is not peaceful in the prisons, in the slums, under parole, under-employed, or under arrest. They have assumed their peace to be universal. They mistake the security of their families, the leisure with which they live their lives and the fire in which we live ours as good order, as peace all around. They look out at the incessant waves of our deaths as they would out a window to the beach.

When their innocents die, they launch wars. Their protests to their innocents dying are wars on countries they say harbour terrorists and wars with countries they say look like they harbour terrorists. Their protests are with artillery, with 20-year wars, with the violent removal of regimes, the remaking of societies in their image, the Shock and Awe that is to serve as a message to the entire world that they will not be suffering this again.

Their protest is a full course meal. When they are finished with it, they give us the "peaceful protest", the bones and gristle and entrails of their protest, thrown out like chicken feed to the slave cabins. I am not that hungry.

In the peaceful protest, those targeted by a half-millennium's worth of pogroms must learn to colour within the lines. We must be flanked by the people we are protesting against who are there to ensure that we do not step on the grass. We must pause for photos taken of them embracing us. We must be chided by those cheering when they take a knee and be told that this is hopeful.

We should not be suspicious; we must abide a hearts and minds campaign. Our protests against the police must be policed. The mode of our opposition must be kettled. The order to be peaceful, for many of us, feels like a police officer with gun drawn commanding us not to move - because that is what it is.

The peaceful protest does not suffer looters - looters being a racist and classist slur that, like the "roving bands of Negro youths" before it, aims to make those who resist legitimate targets of state and civilian shooting.

In fact, peaceful protests win praise when the protesters become the police and the "troublemakers" are nabbed and handed off to the waiting officers on the sidelines. The good, peaceful protesters are the protesters who believe the police will treat troublemakers fairly. They have either forgotten the activist Joshua Williams of the Ferguson uprising made captive at Pacific's Missouri Eastern Correctional Center, or, perhaps, they believe he belongs there.

It would be interesting to hear what the good protesters think about the Black radicals' chant to "free all prisoners of war", and "free all political prisoners" and whether they would think this chant is reason enough to report them to the authorities.

The civilising of the uprising into a protest, the deradicalising of it, the transforming of it into the peace of the misremembered non-violent "civil rights campaign", is at the same time an invitation to flood it with good protesters-turned-police, informers and future turncoats. It is difficult to imagine the masses in the street in the early days of the Algerian revolution or the anti-apartheid struggle in South Africa handing "vandals" and "looters" over to the colony's police. The liberal's language of "peaceful protests" is a warrant for arrest.

To order that our protests must be peaceful is to demand that when we ask to be injured less, it is in a tone that is respectful and polite. To praise the peacefulness of a protest is to assert the right of those resisted to determine the ethics of resistance - their right to command and to direct it, their right to lay out how resistance must be conducted.

The right to command Black people - even in their resistance - is so absolute in white supremacist society that media personalities and police officers, in full confidence, take it upon themselves to determine when the protest against them is "marred" and to sort out the good resistance from the bad.

If a protest can be marred, it is not a protest, it is a performance that stands in for protest. It is the theatre of pleading, performed in front of an audience who may or may not choose to listen. That is not a protest; that is a prayer.

If, in this colony, protests that "air grievances" are the only legitimate places to contest injustice; if the defence of Black lives must conform to white supremacist civil order; if the fight to exist unmolested must be reduced to a performance of respectability, then the protest must be abolished.

This is just as well as the "George Floyd protests" are not protests. It is an uprising that is beaten so badly by rubber bullets and kneeling cop photos that the pulp which remains can be mistaken for a solemn, toothless demonstration. But it is not. It is an uprising. An uprising about George Floyd but it is also about the unnamed.

Reducing the uprising to "anger over George Floyd's death" is like reducing the Arab Spring to "anger over Mohamed Bouazizi's death". In both Tunisia and Minnesota people angry at a killing marched into the streets, clashed with officers and faced down tear gas. The US press calls one the Tunisian revolution, it calls the other the "George Floyd protests". One has its "violence" spoken of as the predictable consequences of oppression; the other's "violence" is seen as marring a peaceful protest, or, proof of the protesters' criminality.

The US press cannot admit the "protest" is an uprising because that uprising might be directed at the anti-Black colonial order to which the press owes its existence and the defence of which is its purpose. By calling it a protest over George Floyd's death, they are able to represent a fight against the entire order of anti-Blackness, racists, and their Negrophobic paramilitary institution, as an outpouring of anger at George Floyd's wrongful death and a tide pushing for "criminal justice reform".

Framed as a public mourning, the "protests" will be allowed the time of mourning only (if the firing of rubber bullets and the throwing of tear gas canisters can be thought of as giving people space to grieve). Soon officials will say "we have heard you, we will reform, but to do that, we have to return to regular order". Or, if more conservative, "Get back to work!" And we would return, bitterly, to the status quo knowing our time is up.

Unlike peaceful protests that are seen to be about a specific grievance, however, revolutions have no deadline. So, like police escorting the peaceful protest, the press must flank the narrative of the revolt, claiming to protect it while leading it by the bit away from the vulnerabilities of the anti-Black colony. They must defuse the uprising. The language of peaceful protest handcuffs the revolt.

Protests are not peaceful; they are pacified. They are uprisings put down, revolts tamed. Barack Obama's speech, news anchors' performances of outrage, the reframing of revolutionary action as a modern civil rights movement strips the work of the "dangerous" radicals who led the uprisings in Minnesota, and Baltimore, and Ferguson etc, and hands it to the people who want reform.

The gritty mobile phone videos of activists with megaphones on top of cars are replaced by the polished photographs of people who cheer and raise their fists in salute to kneeling cops. The work of "getting the pigs off the block" is pacified into the work of recognising our mutual humanity. The goalpost of ending Negrophobic sport-killing will be moved so that it will seem that the goal was always to be heard.

This accomplished, people would go home, "conversations and dialogue" would begin, perhaps some institutes would be set up and new hires made, and the regular order of negrophobic killing - the state of anti-Blackness - would be, to everyone's relief except the original activists and the targeted, preserved. Their peace is a racist peace. Their feelings of rosy, universal love is our holding cell.

At this moment racists are biding their time. They are hoping for a quick return to regular order. They are waiting for the return to the kind of peace where Black people are killed with impunity. At this moment, famous liberals are on the world stage attempting to strong-arm the narrative of an uprising from radical activists like Sabaah Folayan, Damon Davis and Ferguson's Brittany and Alexis.

They are hoping for a quick compromise with the white supremacists: a promise to reduce excessive, public police killings and possibly the most egregious inequities in the criminal justice system, in an exchange for a return to the regular order where Black people are killed with impunity. Then they will offer us this plea-deal-for-the-innocent, in hopes that there is no one among us as radical as Kalief Browder.

Their peace is a racist peace. Their regular order is a place where Black people are killed with impunity. The media, the police and liberal society are coalescing into a repression that aims to put down a radical uprising against the colony of anti-Black killing. They are diverting a march towards the end of colonialism into a march towards an opened dialogue. Something we have not asked for. We spoke with fire.

We are in revolutionary times now. Disregard what you have heard. It is time for a different peace. In our peacetime every prison is an anachronism; every police officer is in the wrong era. Pro-police TV shows with their funny Black sidekicks, books and films that tell the story of Black suffering to tell the story of American redemption, settler flag-waving and all settler-colonial institutions are now as out of place as seeing a man walking down a street in Boston in full King George III attire.

The Reverend Al Sharpton warned that it is a different time and a different season. True. And Black radicals have seized that time.

In their peacetime Black people are killed with impunity. In ours they are not. Look outside. It is a beautiful day. 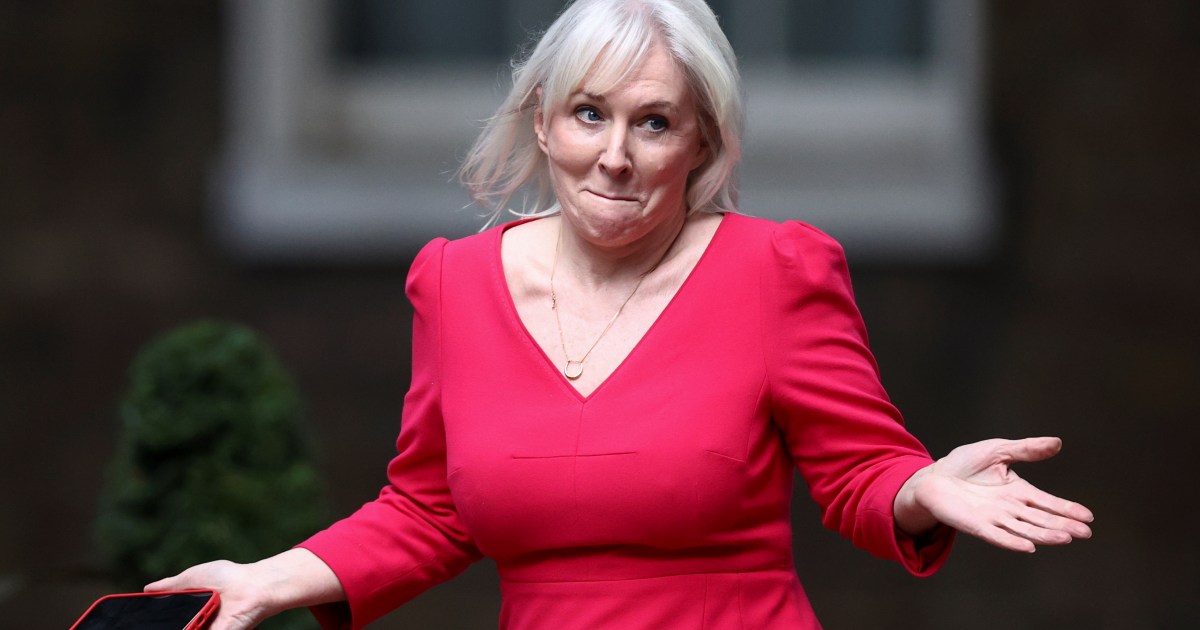 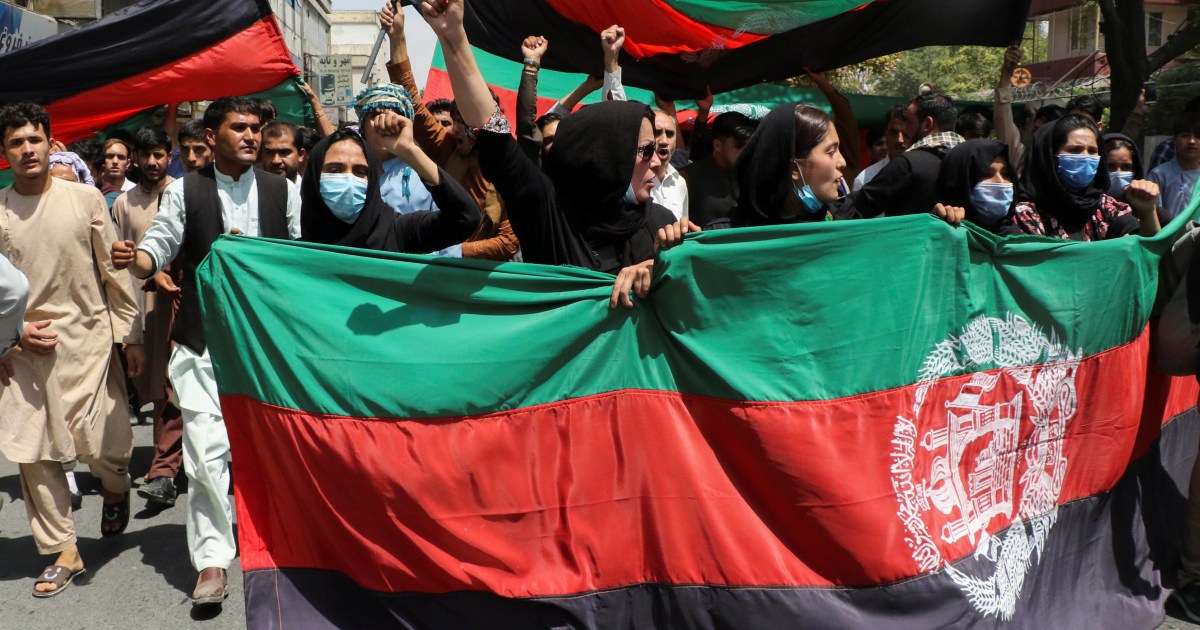 Progressives are wrong, the ‘forever war’ is not over 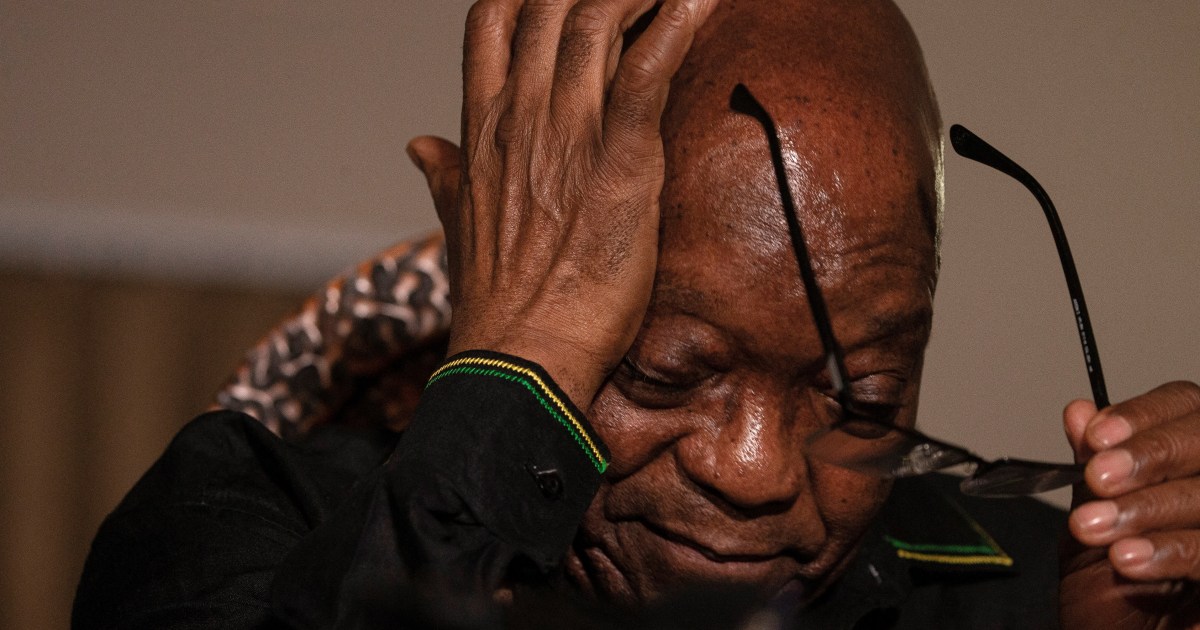