Why would an elected public representative in a supposedly progressive country fail to condemn President Donald Trump's bad leadership and instead hail the democratic qualities of the United States, especially at a time when millions of Americans are out on the streets demonstrating against the widespread and deep-rooted injustices in their country?

Only a leader who is wilfully blind to Trump's problematic stance on racial justice and the massive demonstrations that have materialised after George Floyd's brutal murder at the hands of police officers would struggle to publicly acknowledge and condemn the US president's divisive and dangerous actions and words.

British Prime Minister Boris Johnson, however, did just that in Parliament on June 10. The Scottish National Party's Kirsty Blackman asked Johnson whether he still believes Trump has "many, many good qualities", especially after the latter's "horrendous" and often reckless response to Black Lives Matter protests. Without batting an eyelid, a rambling Johnson reaffirmed Trump's leadership and claimed the US has been a "bastion of peace and freedom" since 1964.

This is an absolute, shameful lie.

The US has endured endless uprisings over institutionalised racism and police brutality since 1964. Johnson's attempt to effortlessly expunge America's long history of racism and state-sanctioned violence at home and abroad from across the Atlantic Ocean is highly disturbing. His willingness to whitewash America's violent past is a strong and insightful reflection of Britain's long-established willingness to both glorify and minimise its equally destructive colonial past. After all, the US's troubled and violent history is only second to the UK's disastrous colonial presence in Asia, the Middle East and Africa.

Johnson's wilful blindness about the growing calls for racial justice is not limited to his refusal to acknowledge the role Trump has played in deepening America's racial divides either. He is so wonderfully lost in espousing the "grand heritage" of Britain's colonial conquests that he also remains wholly unmoved by the growing and universal opposition to monuments and symbols that commemorate and honour colonialism, racism, slavery and white supremacy.

Americans have been tearing down Confederate statues for a decade. The "Rhodes Must Fall" campaign, which started in 2015 at the University of Cape Town, led to a wider movement to "decolonise" education across South Africa and beyond. Just a few days ago in the Belgian city of Antwerp, a statue of King Leopold II, who seized a huge swathe of Central Africa and killed up to 10 million Africans, was set on fire and eventually taken down by the authorities. Following years of protests and criticism, Dutch Prime Minister Mark Rutte finally accepted earlier this month that Black Pete, a Christmas character traditionally played by a white person in black face paint, is problematic and should die out.

Progressive Britons are also taking action to tear down monuments to slaveholders, colonialists and racists in their country. A statue of enslaver and human trafficker Edward Colston was toppled during a Black Lives Matter protest in Bristol. The figure of slaveholder Robert Milligan was taken down from its plinth at West India Quay in London's Docklands. The University of Oxford recently announced its decision to remove a statue of Rhodes following student protests. There have also been calls for the removal of wartime British Prime Minister Winston Churchill's statue in London's Parliament Square due to his racist, white supremacist views and his role in the Bengal famine.

But Johnson is somehow shocked by the global outrage expressed towards outdated and divisive symbols of slavery, colonialism and white supremacy. In a piece defending Churchill, titled, "Rather than tear some people down we should build others up", Johnson writes, "What has the world come to when one of this country's greatest ever leaders - perhaps our greatest - has to be shielded from the wrath of the mob?"

His dog-whistle reference to the "mob" in London sounds perturbingly familiar to Trump's labelling of the demonstrators as "thugs" in the US. Moreover, Johnson suggests Britain should build statues of Black and Asian leaders that helped make the Commonwealth "great", presumably to stand alongside symbols of slavery and colonial oppression.

He remains convinced that there are outstanding Black and Asian leaders who valued or understood Britain's brutal past and worked hard towards building the Commonwealth ostensibly for the good of the "enlightened natives" in African, Arab and Asian lands. Johnson's glowing and fanciful view of the Commonwealth's impact adopts a British, rather than an African, Indian or Palestinian view of colonialism. From Lagos to New Delhi and the Gaza Strip, the people that bore the brunt of British colonialism, do not subscribe to the prescribed morality of the Commonwealth's history.

Yet Johnson has expressed a willingness to "resist with every breath in my body any attempt to remove that statue from Parliament Square" and described any move to dispose of various statues of white British heroes as "a distortion of our history".

But the real distortion is how Britain has failed to be open about its colonial past. How Britain's colonial history is still not taught in English schools. And how Britain cannot come to terms with the brutality of the past, and move on.

Indeed, the morality of pleading with Britain and the Commonwealth to retain symbols of white supremacy, with the caveat that everything should be placed in context, misses the point altogether: commemorating the context - the Transatlantic Slave Trade and colonialism - is the problem. Applauding the men who championed yesteryear's racist violence in today's progressive world is certainly a problem.

And the idea that "we need to tackle the substance of the problem, not the symbols" is simply short-sighted, expedient hogwash. In an atmosphere where the large, residual context of British colonial rule is abundant in the race-driven failings around overwhelming police brutality towards Black men, the Grenfell scandal, the Windrush Generation scandal and high death rates from COVID-19 among Britain's Black, Asian and minority ethnic people, celebrating colonialism or slavery is unquestionably selfish and inhumane.

Unfortunately for Britain, like Trump, Johnson prefers to view the world through the restrictive prism of conservative white privilege. He has described Black people living in Commonwealth countries as "flag-waving piccaninnies" and "the tribal warriors ... [who] all break out in watermelon smiles". That enduring and regressive colonial mentality is the underlying spirit behind his woeful defence of the British Empire. Yet Johnson is the prime minister of Britain, an official embodiment of its political values, morality and character.

The views expressed in this article are the author's own and do not necessarily reflect Al Jazeera's editorial policy. 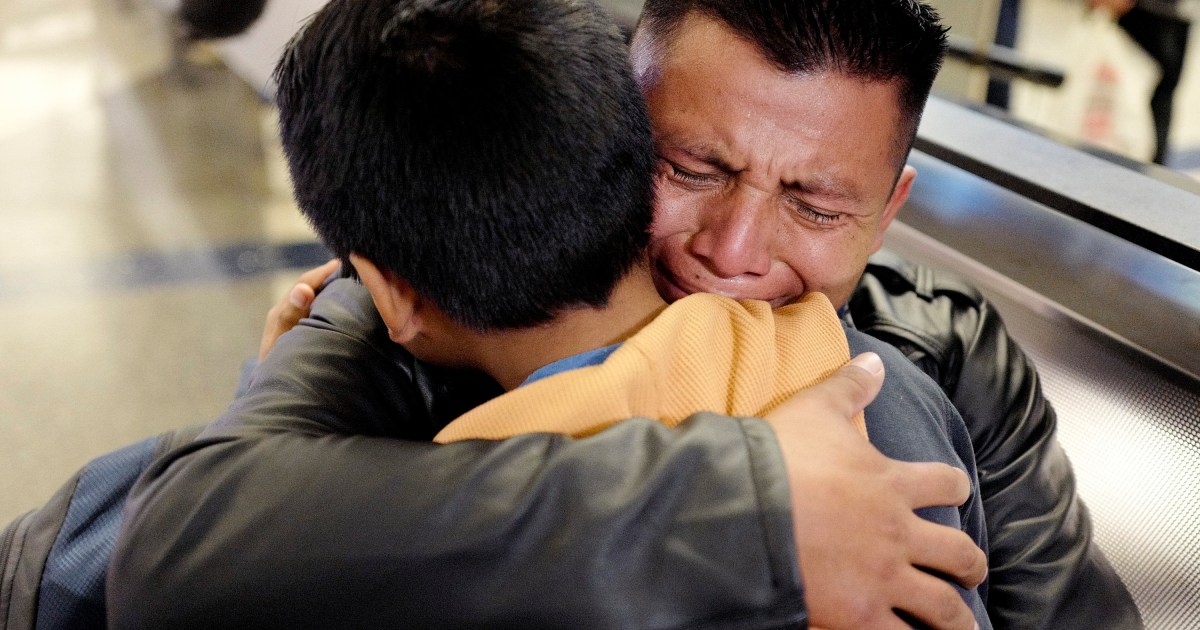 Parents of 545 children separated at US border still not found 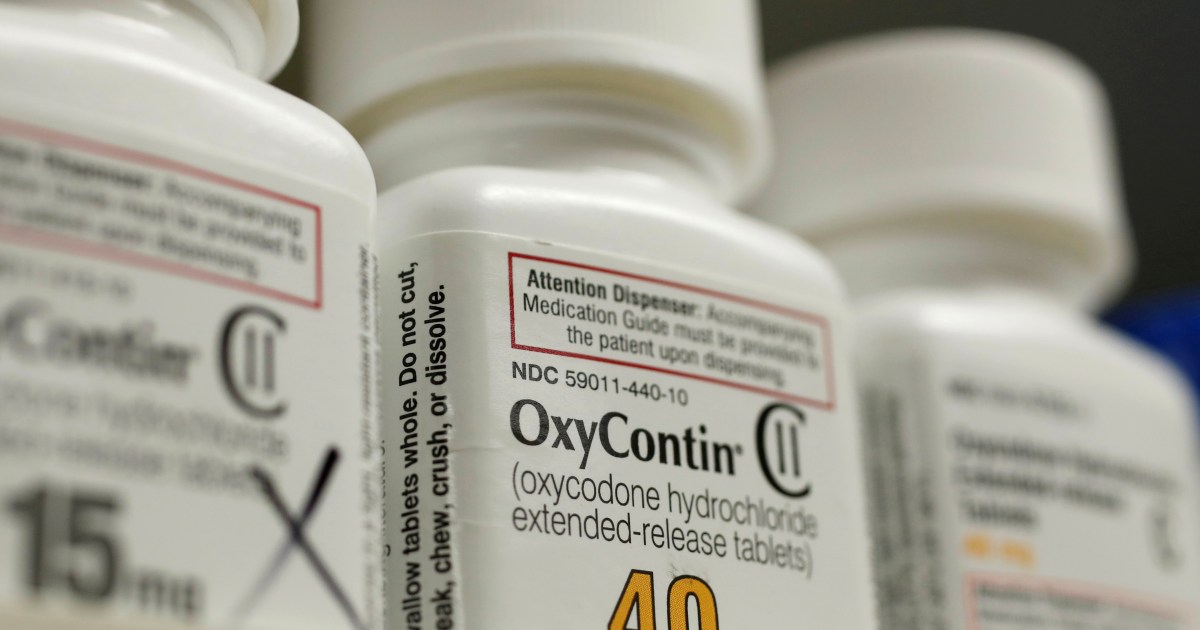