Adriana Diaz and Bryan Smith were set up by their older siblings. “Bryan’s older sister Kristen and my older brother Gabe suggested we meet,” Adriana remembers. “The problem was, at the time I lived in New York and Bryan lived in Chicago.” But then months later, CBS News—where Adriana is a national correspondent reporting for CBS This Morning and the CBS Evening News with Norah O’Donnell—transferred her to the network’s Chicago bureau. She met Bryan, a cardiologist at the University of Chicago Medical Center, at a downtown Chicago rooftop barbecue organized by his younger sister. “It seemed like the whole family was in on it!” Adriana jokes. “And from the moment I met him, his smiling and calming nature put me at ease.”

Bryan remembers that he approached her after working the grill, hoping that his corny jokes and overcooked burgers would pique Adriana’s interest. “After an evening of lighthearted flirting, he says that I walked out of his life in bright yellow high waisted pants,” Adriana remembers. “The next week he asked me out on a date, but we had to delay it because I was on assignment in Jerusalem. We got together when I got back, and at the end of the date, the waitress unexpectedly gifted us free dessert just because she said we were a ‘cute couple.’ Bryan says he had visions of getting free dessert the rest of his life and knew I was the one.”

They continued to date, but another job transfer eventually meant Adriana had to relocated to Beijing to become CBS News’s Asia Correspondent. Meanwhile, Bryan was finishing his most intense year of medical training, and FaceTime helped them connect over the 6,500-mile distance. When Adriana ultimately moved back to the States, Bryan took her to their favorite neighborhood flower shop and serenaded her with his guitar before proposing.

“He had told me that he had a work holiday party on Saturday night and suggested that I ‘dress to impress,’” Adriana remembers. “He was gone during the day because he said he had to work at the hospital. Unbeknownst to me, he was actually with our family and friends decorating an event space attached to our neighborhood flower shop.” Bryan asked Adriana to pick up a poinsettia from the flower shop on the way to the party as a gift. “As I entered, I thought I had mistakenly walked into someone else’s event because the lights were dim and tea light candles were lit,” Adriana says. “But when I looked up, I saw a familiar silhouette in the distance holding a guitar. I realized I’d just walked into our proposal. As I approached him, I noticed the wall was full of framed screengrabbed photos of our year’s worth of Facetime conversations between Chicago and China. Bryan then started playing his guitar and singing a personalized version of my favorite song from the musical Hamilton, ‘That Would Be Enough.’ As a photographer’s shutter clicked, Bryan took my hands, got down on one knee, and asked me to marry him. I said ‘YES!’” Then their families appeared—some of whom had flown in from California, New York, and DC—to help them celebrate.

Adriana and Bryan knew that they wanted to get married in Chicago, the city they still call home. Festivities kicked off on Independence Day with all their guests dressed in white, on a yellow Chicago Water Taxi, watching fireworks explode in the sky. The night capped off with a group photo of 150 guests—a sea of white clothing, punctuated by the bride’s pop of color in the form of high-waisted Alice and Olivia floral disco pants.

“I always loved the feel of European countryside weddings, and Bryan always envisioned having an open air party with his family and friends under the stars,” Adriana explains. So they found a “secret garden” oasis close to home at the Chicago Botanic Garden, just north of the city, and worked with Claire Durán Wedding & Events to plan everything.

Adriana always wanted a romantic yet fashion-forward dress and was drawn to Marchesa from the beginning. “At Dimitra’s Bridal Couture in Chicago, I tried on a spaghetti strap Marchesa gown that was light yet full of texture with multiple layers of embroidered lace,” Adriana says. “I loved the material and fit of the dress, but wondered how it would look with off-the-shoulder sleeves. Just then, in a Say Yes to the Dress moment, the seamstress happened to be walking by. On the spot, she built an off-the-shoulder sleeve using her pins and the dress’s train as the material. I loved it, got the dress, and helped design the draped sleeves using additional fabric the salon ordered from Marchesa.”   For hair and makeup, she worked with Chicago’s Nika Vaughan Bridal Artists. “My makeup inspiration was none other than Meghan Markle’s wedding makeup,” Adriana says. “I loved how effortless yet elevated it looked. I wanted to keep my hair naturally curly, which is how I always wear it.” The hair stylist created a low chignon that was topped with baby’s breath.

To accessorize, Adriana wore faux pearl and diamond cluster earrings from J. Crew. “My college friend lent me a gold bracelet with diamonds as my ‘something borrowed,’” she says. For shoes, she went with pearl-colored Loeffler Randall heels with a big bow on the front. “I love mixing designer elements with affordable retail pieces, like my earrings from J.Crew, and handmade elements like the floral hair piece,” she notes.

Attendants dressed for a formal garden party, with lots of playful floral patterns on women, and a mix of summer suits and tuxedos for the men. The fifteen bridesmaids—including three of Adriana’s sisters and three of Bryan’s—were in pale garden colors, which translated into variations on cream, blush, gray, and blue. The 10 flower girls were in full tulle skirts and baby’s breath headbands. Meanwhile, the five ring bearers, ages 3 to 9, looked dapper in black tuxedos.

The ceremony took place at St. Mary of the Angel’s Church, which was modeled after St. Peter’s Basilica in Rome. The Catholic church has a dome at its center painted in bright pastel colors; music echoed in it throughout the day. “Bryan is a musician at heart so we wanted to create a soundtrack to the day,” Adriana says. “The organ played traditional songs like ‘The Wedding March,’ and my father also sang ‘Ave Maria’ in his native Spanish. We also had unexpected musical elements, like a small band that played the Sister Act 2 versions of ‘Oh Happy Day’ and ‘Joyful Joyful’—my favorites.” After the ceremony, everyone descended the church’s wide front steps as church bells rang from above.

“The ceremony was the one part of the day where time seemed to slow down,” Adriana remembers. “We had a Catholic mass so spent a lot of time seated near the altar. From there, we loved looking out at the smiling sea of our families and friends.” Instead of traditional vows, the priest asked them to write him a letter describing why they wanted to marry each other. They both finished their letters after midnight the night before the wedding. “One of our favorite parts of the ceremony was when the priest, who was Bryan’s longtime teacher and principal from Catholic high school, read excerpts of our letters,” Adriana says. “It felt like a dream.”

To reach the reception at the Chicago Botanic Garden, guests walked over a wooden bridge sheltered by a canopy of hanging flowers and greenery. During golden hour, they sipped cocktails within the old brick walls of the English Walled Garden, surrounded by flowers and trees swaying in the breeze. The air was filled with steel drum music and there were Red Stripe beers at the bar—both a nod to Bryan’s Jamaican roots. Presidente beer was served up as an homage to Adriana’s Dominican family.

The open air reception in the rose garden was illuminated by hanging chandeliers, under which the newlyweds’ had their first dance, It started with “Sunday Kind of Love” by Etta James and then segued into a fast-paced salsa dance to “Asi Es La Mujer Que Amo” (“That’s How the Woman I love Is”) by Victor Manuelle. “The salsa was complete with double spins and left my salsa-dancing family very impressed with Bryan’s skills,” Adriana admits. After the bride’s sister finished emceeing the program, just over 200 guests danced under the stars. A DJ and the band, Cherise & The Fellas, kept the party going all night. “We happened to see the band perform live in Chicago,” Adriana says. “[The lead singer Cherise’s] booming and soulful voice brought down the house with everything from Lauryn Hill to Bruno Mars.” The DJ played a variety of hip hop, merengue, bachata, reggae, and soca music, and toasts were given. “One of the highlights was the dueling speeches between Bryan’s older sister Kristen, and my older brother Gabe,” Adriana says. “They both tried to take credit for setting us up. It was an ethereal night that reflected our love of family and friends, our cultures, our city, and music. We loved seeing all our family and friends dancing together under the chandeliers and bistro lights, just as we had imagined.” 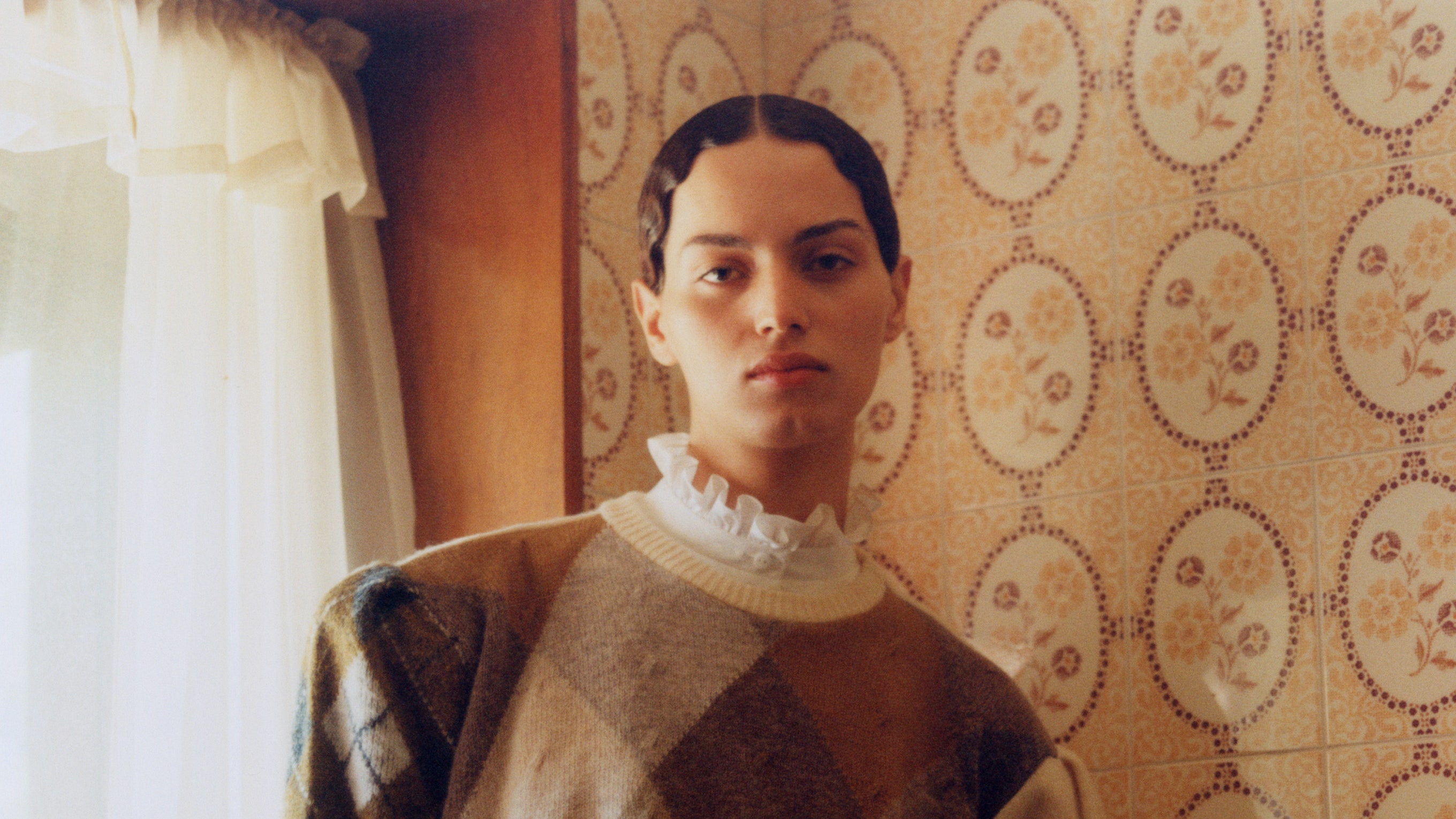