The 7 Best Mattresses From the 2020 Labor Day Sales

I wasn’t surprised when I got a call with the news that my Brooklyn-based storage unit flooded. I just thought, sounds right for 2020. After my lease ended in July, I had moved the majority of my belongings into storage until my new lease would start this fall. The flood had sadly wrecked some of the one of a kind items I had collected over the years. But other items would be easier to replace (or so I thought), among them my mattress, and all the bedding that went along with it.

I happily slept on a Tempurpedic for almost seven years, and never once considered trying something new despite all the mattress companies that have popped up since. When you have a mattress you like, why bother? But after becoming involuntarily bed-less, the opportunity to try something different presented itself. It’s not often you find yourself in the market for a new mattress, so I figured it was worth looking into all of my options before investing in my next. But where to start when you can’t try one out for yourself?

In a pre-pandemic world, finding the best mattress seemed like a fun adulting activity. I imagined spending a Saturday morning visiting brick and mortar shops to experience each cloud-like option until I found “the one.” But at a time when we avoid shared surfaces and sanitize regularly, lying down on a bed that someone else has already tested is unfortunately not in the cards. But with the growing number of “mattress in a box” companies, online ordering has become much more of a norm, pandemic or no.

Luckily for me, the timing of my move coincides well with Labor Day weekend, a time notorious for the best mattress sales or, at the very least, some type of online promotion. With no IRL beds to try out for myself and an overwhelmingly large e-commerce mattress market, I turned to my most trusted (and hopefully well-rested) colleagues for their input and guidance, one of whom tried almost 10 different mattresses before selecting one.

Here, a handful of the best mattress you can shop during the Labor Day weekend sales, plus everything you need to know about where these editors catch their Z’s. As for my final decision? I’m going to sleep on it.

“After checking out nearly every mattress in New York, my boyfriend and I agreed on a Leesa. It was a bit of a Goldilocks scenario: I thought the Casper was too stiff, but he felt the pillow-tops I liked at Mattress Firm were too puffy. The Leesa fits somewhere in the middle: It’s supportive, but still plush enough to sink into a little, and I appreciate the soft gray cover (as opposed to bare foam or traditional blown-up quilting). It’s truly the best!” – Emily Farra, Senior Fashion News Writer

Shop now and save up to $400 off Leesa mattresses during the Labor Day Sale.

“I tested out the Allswell Luxe Hybrid while researching a mattress story last year, and I fell in love with it. After flopping on about 10 different mattresses, I found it to be one of the most comfortable: it’s firm, but not too firm. And, to my surprise, it was pretty affordable: a queen mattress costs $645. To me, it’s the perfect price point because it’s in between being super cheap and ultra expensive... but it feels expensive.” – Christian Allaire, Fashion and Style Writer

“My boyfriend and I moved to the city a few years ago with very little new furniture, including an extremely uncomfortable, small mattress that needed to be replaced ASAP. When we began exploring our options, we wanted a firm-ish king size, but we had to stay within our budget. Finally, we stumbled across Allswell’s luxe hybrid and at first glance, we thought the price point was too good to be true. But nearly a year later, it genuinely still feels brand new.” – Clarissa Schmidt, Associate Producer

“I know some people swear by them, but I've had terrible experiences with memory foam mattresses (I can still feel the ache in my lower back from the time I slept on one that was totally sunken in). So when I recently went shopping for a new mattress, I knew I wanted something closer to the traditional bedspring kind. Keetsa have a selection of mattresses using what they call iCoil technology, an upgrade on the traditional spring that offers a medium-firm support that's really comfortable. Plus, there's an inch-thick layer of foam that gives you that little extra plush. After months of sleeping on a clapped out futon, this literally felt like a dream.” – Chioma Nnadi, Fashion News Director

Shop now and get $300 off Tempurpedic's LuxeAdapt and Breeze models, and $200 off Adapt and ProAdapt model until September 21.

“Like many new grads moving to the Big City, I bought a Casper mattress. Four years later, I’m still using my Original Casper, and still have pretty good nights sleeping on it. It’s on the firm side, and at $600 was a good deal that made my back and bank account happy. For lounging, sleeping, and (occasionally, regrettably) working, it’s a good buy.” – Sarah Spellings, Fashion News Editor

Shop now and get 15% off all Casper mattresses with the code ‘COMFORT15’ until September 9.

“After reading reviews of a number of Casper-like mattresses—with an ever-ballooning price point—I landed on the Yogabed. I was appealed by its claim that it disperses body weight evenly and reduces pressure point pain, which makes it ideal for Yogis (hence the name) and athletes. While I am decidedly neither athlete nor Yogi, the Yogabed is the epitome of the soft-but-supportive mattress. It also stays cool to the touch—which is an elusive (and invaluable!) quality in memory foam mattress land.” – Jessie Heyman, Executive Editor 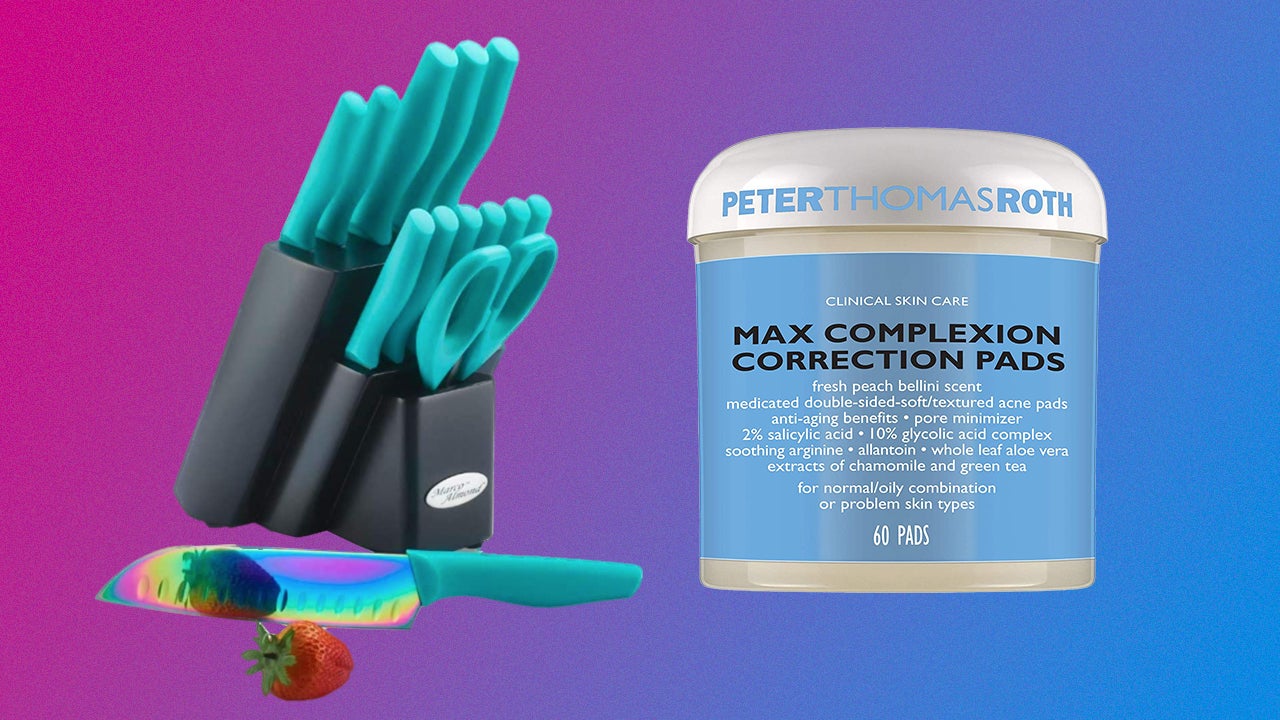 Amazon Prime Day Deals on Underwear -- Save Up To 50% Off Calvin Klein, Hanes & More