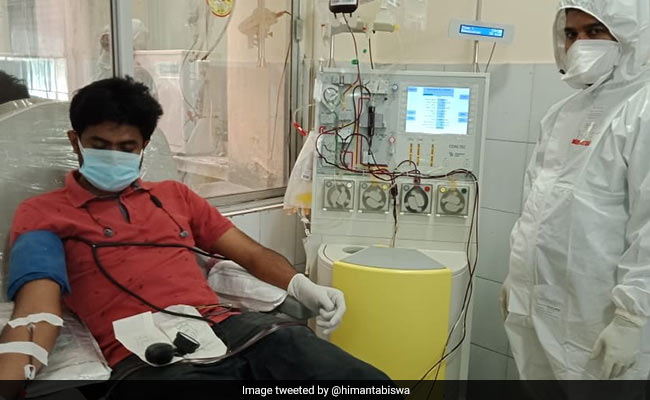 Amid a huge surge in coronavirus infections in Assam, the state's health department is relying on aggressive testing in the fight against the highly infectious illness. With two lakh rapid antigen test kits, the state has already stepped up testing across Guwahati.

Assam is now fourth in the country in terms of per million tests conducted. The usual RT-PCR and TrueNat tests have also been ramped up; the state would reach the goal of testing 5 lakh samples by next week.

The state government has set up 31 corona care centres in different wards in Guwahati. They have been set up in the government schools, closed due to the lockdown.

With rapid antigen tests, a higher number of patients are being tracked and being isolated immediately to the hospitals

At the corona care centre in government school in Guwahati, teachers are now frontline corona warriors.

"In past three-four days, there has been a huge spike in our locality in Guwahati. So we - being teachers - have taken the lead at the corona care centre since it's spreading in the community. We have to see how we can help," said Pradip Deka, headmaster of the Government school in Noonmati locality of Guwahati.

Assam has logged over 11,000 coronavirus cases so far, according to the government; 14 deaths linked to the illness have been recorded so far.