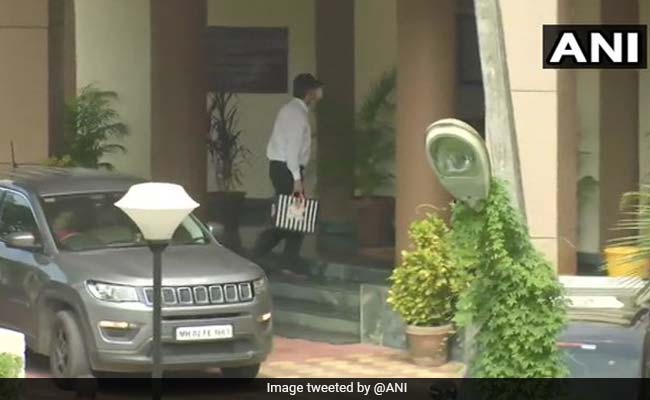 Actor Rhea Chakraborty's father reached the DRDO guest house in Mumbai today for questioning by the CBI for the third consecutive day in the case of death of her boyfriend and film star Sushant Singh Rajput, a police official said.

In the last two days, the 28-year-old actor's father Indrajeet Chakraborty was questioned for over 18 hours by the Central Bureau of Investigation (CBI).

He reached the DRDO guest house in suburban Kalina, where the probe team is stationed, at around 10:30 am today. He came in a car escorted by a police vehicle, the official said.

Rhea Chakraborty and her family members are accused of "abetting the (alleged) suicide" of actor Sushant Singh Rajput, who was found dead in his flat in Mumbai's Bandra on June 14.

After his demise, the Mumbai Police registered a case of accidental death and recorded statements of over 50 people.

The late actor's father subsequently filed a police complaint in Patna, accusing Rhea Chakraborty and her family of "abetting his suicide" and "misappropriating his money".

The Supreme Court last month upheld the transfer of the FIR lodged in Patna to the CBI.

On Wednesday, the Narcotics Control Bureau (NCB) said it has arrested two alleged drug dealers in connection with the narcotics trafficking case linked to the case of Sushant Rajput's death.

"The role of Rhea Chakraborty's brother and his alleged links with people arrested by the NCB are under the scanner of the agency and he is expected to be summoned for questioning soon," officials told news agency Press Trust of India.