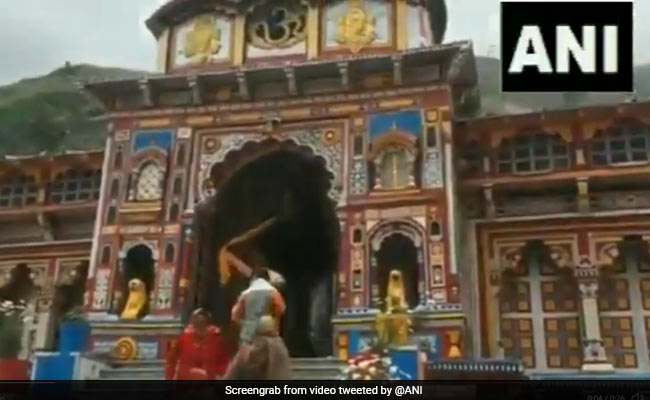 The famous Badrinath Temple opened at 1:55 pm, an auspicious time, as decided by the priests. The temple was closed yesterday due to Surya Grahan or the solar eclipse, which ended a few hours ago. The eclipse lasted in India for around six hours - from 9.15 am to 3,04 pm. The maximum eclipse was at 12:10 pm.

Ahead of Surya Grahan, doors of all four Chardham temples in Uttarakhand - Badrinath, Kedarnath, Gangotri and Yamunotri - were shut at 10 pm last night.

"Prayers at Badrinath Temple will be offered only after 2 pm after cleaning is over," Bhuvan Chandra Uniyal, the priest told news agency ANI.

#WATCH Uttarakhand: The portals of Badrinath Temple opened at 1:55 pm today, after the #SolarEclipse. pic.twitter.com/fheaQkFOsj

Not only the Chardham, several temples across India were closed due to Surya Grahan.

While the partial solar eclipse was witnessed across the country, the best visibility or maximum eclipse was limited to a narrow stretch covering parts of Rajasthan, Punjab, Haryana, Uttar Pradesh, and Uttarakhand.

Astronomers are calling today's eclipse "the most dramatic ring of fire" eclipse in years. A 'ring of fire' or an annular eclipse happens when the Sun, Moon and Earth comes on the same plane and the Moon is farthest from the Earth. The Moon does not block the entire Sun as it is smaller and so it looks like a dark disk surrounded by flame coloured ring and that creates the "ring of fire" effect.