Fans of the summer solstice have been told to stay away from Stonehenge this year and encouraged to log in rather than turn up.

World Heritage, which runs the Neolithic site, said it will live stream the sunrise and sunset instead. 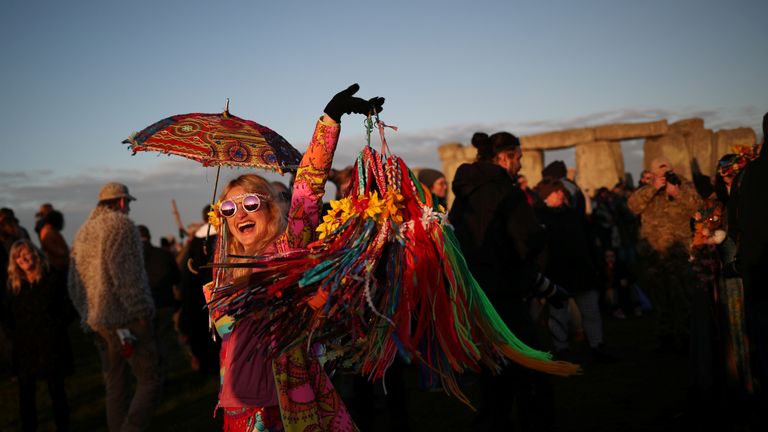 Image: Summer solstice is normally a key event for the Amesbury site

Stonehenge on Salisbury Plain, Wiltshire, dates back to around 3000 BC and is one of the most famous landmarks in England.

Traditionally, hundreds of people gather around the collection of standing stones to mark the longest day of the year, when the sun takes its longest journey through the sky.

However, due to a ban on mass gatherings and social distancing rules following the coronavirus pandemic, this year's event has been cancelled. Image: The ancient site is thought to have been built to track solar alignment

While touching the stones has been banned since 1977, rules had been traditionally relaxed during the summer and winter solstice, as well as the spring and autumn equinox, allowing people to get closer to the stones.

In a statement on its website, World Heritage said: "For everyone's safety and wellbeing, we've had to cancel this year's summer solstice celebrations at Stonehenge. 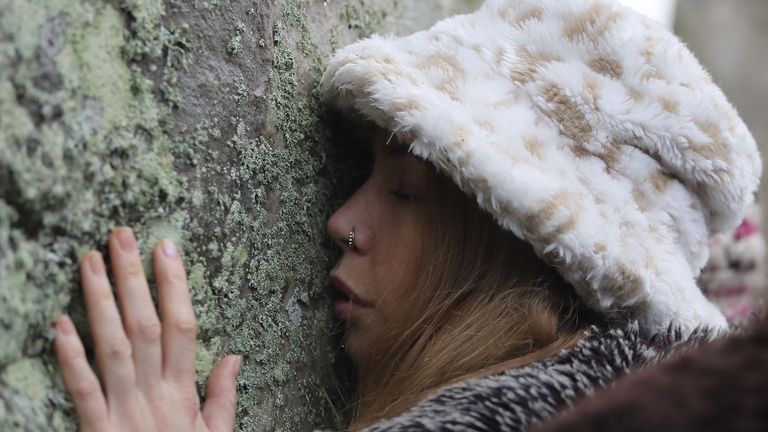 Image: People can get up close and personal to the stones for solstice

"Please don't travel to Stonehenge for Summer Solstice: we know how special this occasion is to so many of you, and we'll be live streaming both sunset on 20 June and sunrise on 21 June across English Heritage's social media channels for free."

More than half a million people have signed up to World Heritage's Summer Solstice Live Facebook page, to watch the sun go up virtually. 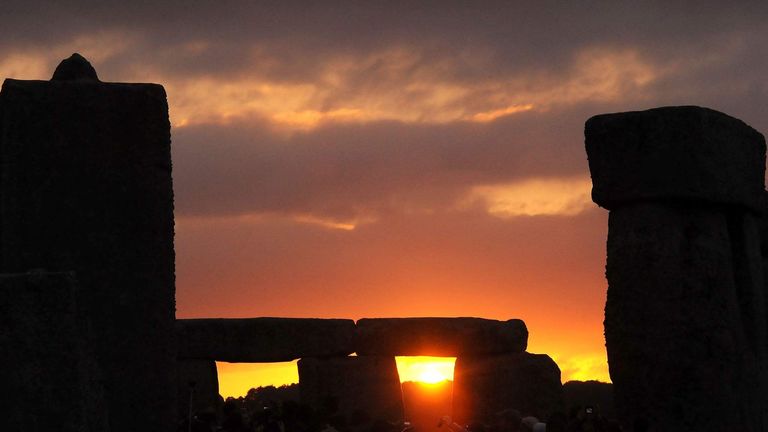 Image: The sunrise will be live streamed on the English Heritage site

Summer solstice - which is also known as midsummer - marks the longest day of the year when the sun is at its highest position in the sky.

While the inspiration behind Stonehenge's original construction has been lost in the mists of time, many believe it was built in order to track solar alignment during key celestial events.

Stonehenge say their visitors centre will fully reopen on 4 July.