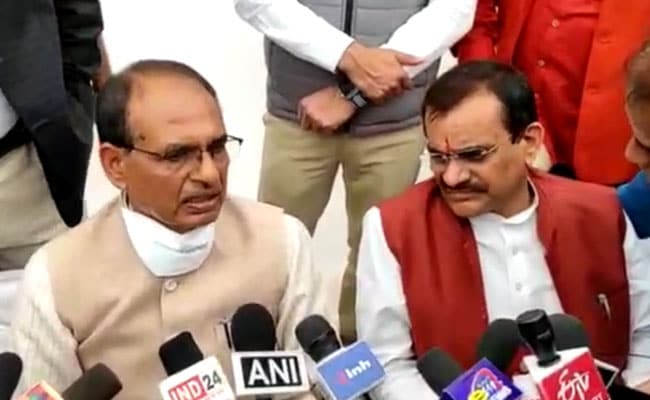 A law needed against those who indulge in stone pelting: Shivraj Singh Chouhan

Madhya Pradesh Chief Minister Shivraj Singh Chouhan has said that stern action and a law were needed against those who indulge in stone pelting.

His statement comes in the wake of recent incidents of stone pelting on vehicle rallies taken out in western Madhya Pradesh by some groups to raise awareness about the construction of Ram temple in Ayodhya.

"Stern action and a law are needed against stone- pelters. At times, stone pelting poses danger to life," Mr Chouhan told top bureaucrats in the state during an online meeting on Saturday.

Vehicle rallies are being taken out in villages in the state by certain groups to raise awareness on the construction of the Ram temple in Ayodhya ahead of the launch of a nationwide public campaign by the Shri Ram Janmbhoomi Teerth Kshetra Trust from January 15 to mobilise funds for the temple project.

Right wing organisations, including the Vishva Hindu Parishad (VHP), have said that stones were hurled at them during the rallies.

However, Muslims in the Malwa region (western region) have alleged that their places of worship and houses were targeted during the rallies.