Raheem Sterling and Jordan Henderson are among the athletes being recognised in the Queen's Birthday Honours List.

Manchester City forward Sterling, 26, is being made an MBE for his work promoting racial equality in sport.

He has been abused online during his career for both club and country, as well as from fans, for his stance.

Regarding his honour, he described it as a "fantastic feeling and a proud moment - not just for myself but for my family and friends".

"I am grateful to have been recognised but my priority is to try to help to educate society and myself. If it doesn't start from within, then there's no way you can help others. I'm learning every day.

"My motivation for racial equality is to get people to understand the difficulties people from diverse backgrounds face and create an environment where everybody is equal. I feel we are starting to make a step in the right direction, but we still have a lot of work to do.

"There are still a lot of things we can get better at as a society such as social media with people taking more accountability. I think that is a major factor in achieving the ultimate goal of racial equality.

"We also need to support young people and give them opportunities to show what they are capable of achieving." 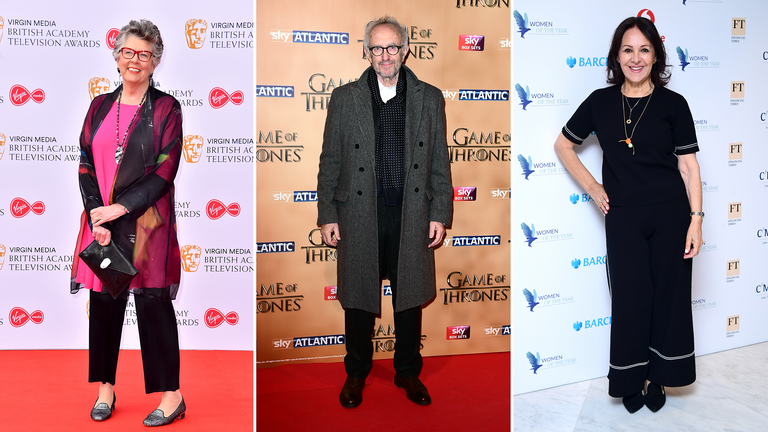 Image: Prue Leith, Jonathan Pryce and Arlene Phillips are among those being given top honours

Liverpool captain Henderson, 30, was recognised with an MBE for services to football and charity, particularly during the COVID-19 pandemic.

But he said NHS staff were the "true heroes" of the crisis, adding: "There are many privileges that come from playing professional football, but having a platform to promote a charitable cause such as Players Together and NHS Charities Together is as big a privilege as any.

"It's important for me to state that although the honour has been issued to me personally, the credit must be shared to a far larger group of people and I accept this in the knowledge I was part of something special, rather than the reason for it.

"The other Premier League captains were the catalyst and the rest of the players, including my own teammates at Liverpool, were a driving force behind the scenes.

"Huge numbers of football fans, from across the country, also displayed great generosity in donating. But the true heroes are the NHS staff; they put themselves in harm's way to serve and protect us.

"Therefore I dedicate this to all the nurses, doctors, carers, porters, admin workers, cleaners, security personnel and every single individual who devotes their career and their lives to making the NHS the part of British life we are rightly most proud of as a nation."

Prue Leith, Jonathan Pryce and Arlene Phillips are among the celebs recognised in the honours list.

Bake Off judge and restaurateur Prue Leith, 81, will be made a dame for services to food, broadcasting and charity, while Game Of Thrones actor Jonathan Pryce will be knighted for his services to drama and charity.

Speaking to Sky News, Leith said that being a dame sounds "strange" - but it's something she can get used to. Image: Prue Leith stars as a judge on Bake Off alongside Paul Hollywood

She added: "The only person I told was my husband, and he was so thrilled, and so delighted and he kept reminding me about it... I sort of almost didn't believe it.

"When you get the letter it's rather sort of conditional, it says something like, 'Her Majesty is minded to confirm' - she's got it in her head so she might change her mind was the sort of inference.

Choreographer Arlene Phillips, best known for her judging stint on Strictly Come Dancing, will also be made a dame, for services for dance and charity.

Also being bestowed with top honours is pianist Imogen Cooper, who gets the nod for her services to music.

She says she is "vastly honoured and more than a little surprised" to be made a dame, less than a year after being handed The Queen's Medal For Music.

Cooper added: "I was completely stunned. I'm sure everybody says this, but it's quite genuine. I really was not expecting it in any way. And it was a wonderful surprise.

"I'll have to get used to it. I did write it down immediately to see what it looked like and then nearly fainted." Image: Alison Moyet has been recognised for her services to music

Elsewhere from the world of music, 80s pop icon Alison Moyet and crooner Engelbert Humperdinck will be made MBEs - both for services to music.

Humperdinck's wife, Patricia, died in February after contracting COVID-19, and he said that he wishes he could share the accolade with her.

Scottish pop powerhouse Lulu will be made a CBE, as will Yes keyboard player Rick Wakeman, who said he is "stunned and genuinely very proud" to be given the nod.

Artist and The Hare With Amber Eyes author Edmund de Waal has also been awarded a CBE for services to the arts, saying he is "very grateful that the things I have done over the last decades have been noticed". Robert Rinder, best known for his courtroom reality show Judge Rinder, will also be recognised in the honours, getting an MBE for services to Holocaust education and awareness.

In a sweet turn of events, his mother Angela Cohen, the chairwoman of the '45 Aid Society, is also being handed the same award.

Rinder, who recently made a BBC show exploring the stories of Jewish families and often speaks in schools with holocaust survivors, said: "I have, just like everybody I love professionally and trust in my life, a kind of nuclear powered sense of imposter syndrome.

"I have to say it has been dialled up even more in receiving this honour which really means the world to me.

"As you probably know, it is made all the richer and frankly the more beautiful because my mum is getting one on the same day." 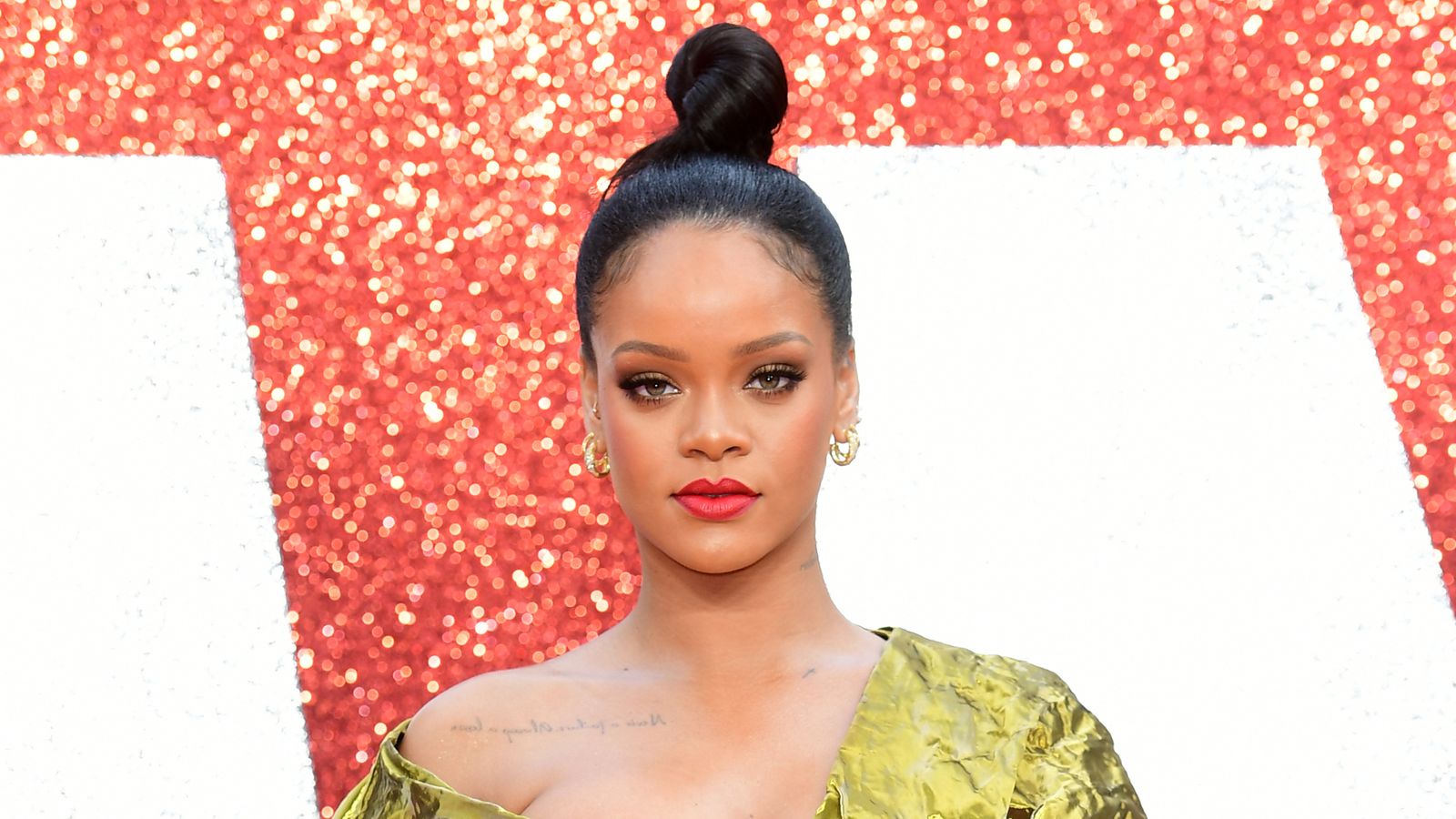 Rihanna is now a billionaire - and the world's wealthiest female musician 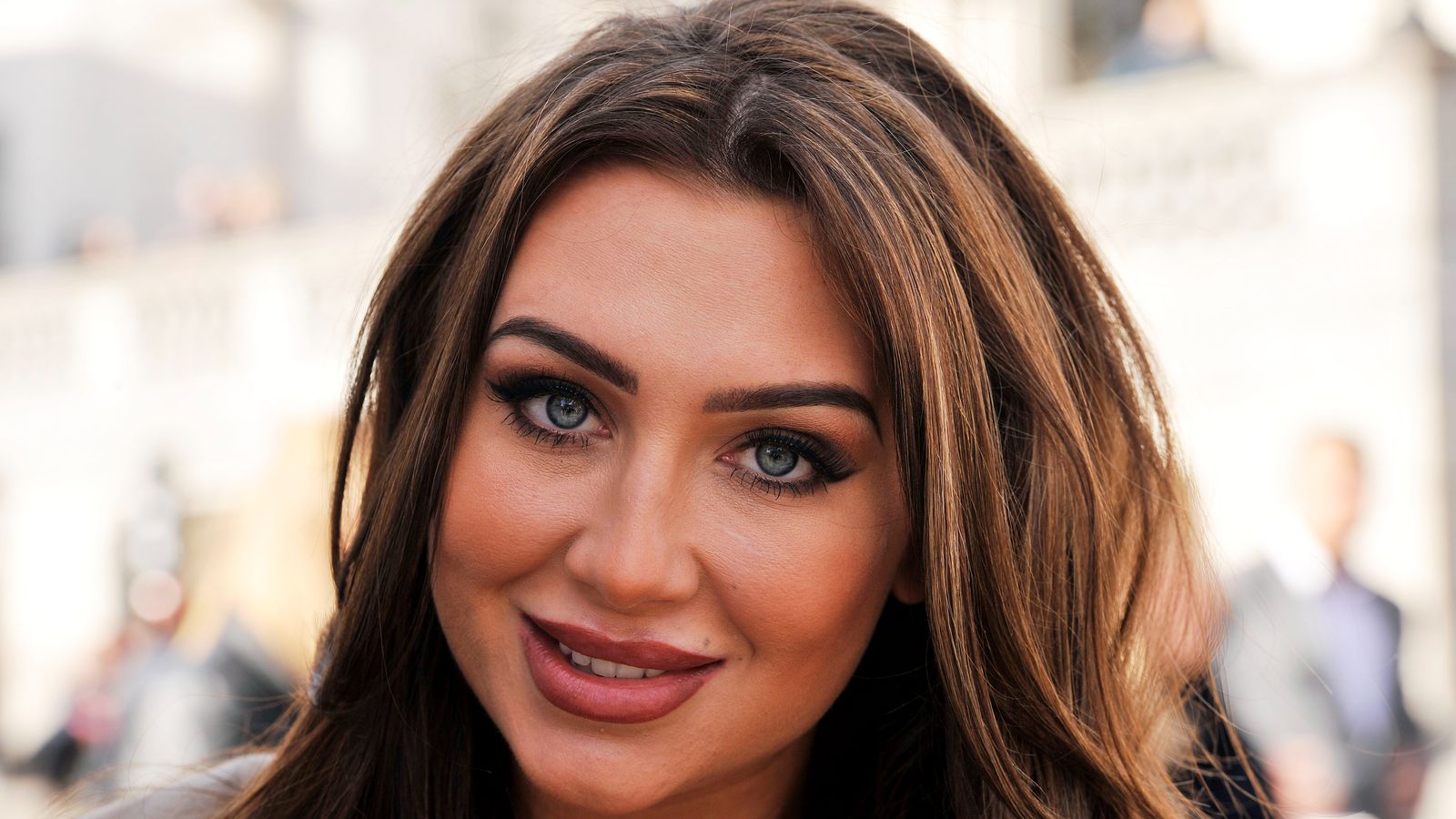