Elon Musk's SpaceX has won a competitive contract to conduct secret national security launches for the US military, according to a US Air Force announcement.

It's a well-paid privilege for the billionaire's company at $316m (£241m) and one that the private spaceflight company has battled for too - having twice sued the US military after previously being denied similar contracts.

One launch has been confirmed for 2022, and the Pentagon expects it will use SpaceX for a dozen more missions up until 2026, but no details will be released about the classified payloads. 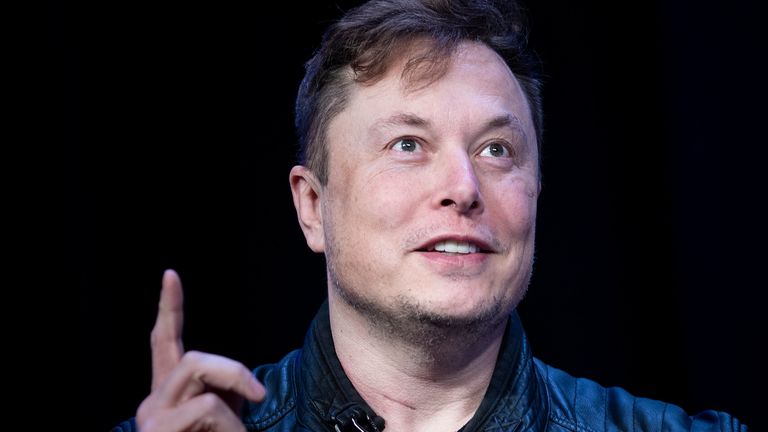 The contract for phase two of the National Security Space Launch (NSSL) programme will cover 40% of missions for the US Space Force.

The other 60% of launches will be handled, for $337m (£257m), by the United Launch Alliance - a joint venture between Boeing and Lockheed Martin which had previously monopolised US government launches since 2006.

Particularly through recycling its Falcon 9 rockets where its competitors' are forced to build new ones for every launch, SpaceX has managed to achieve an economy of business which others have not.

Missing out on the contract were Northrop Grumman and fellow billionaire Jeff Bezos's Blue Origin, although the latter will be supplying engines for ULA rockets in the future.

Of the four companies, SpaceX was the only one left out of the contracts awarded for NSSL phase one, which court documents reveal was because the US government was concerned SpaceX would use the funds to develop its Starship spacecraft. 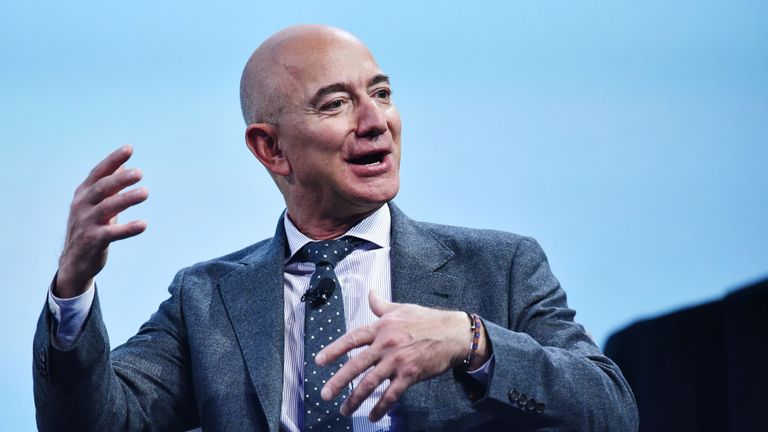 Image: Jeff Bezos's Blue Origin said it was 'disappointed' with the result

While SpaceX dropped one of its lawsuits regarding a previous failed contract bid, it is continuing to challenge the US government in court over its decision not to award it with any of the phase one funding.

In a statement responding to the announcement, Blue Origin said it was "disappointed" that its New Glenn rocket was not selected for the NSSL phase two programme.

"We remain confident New Glenn will play a critical role for the national security community in the future due to the increasing realisation that space is a contested domain and a robust, responsive, and resilient launch capability is ever more vital to US security," the company added.

Northrup Grumman said: "We are disappointed by this decision. We are confident we submitted a strong proposal that reflected our extensive space launch experience and provided value to our customer, and we are looking forward to our debriefing from the customer."