A trip into space with Amazon founder Jeff Bezos has sold for $28million (£19.8m) at auction.

The anonymous bidder will get to fly with Mr Bezos and his younger brother Mark on his rocket company Blue Origin's maiden voyage next month.

Their identity will be revealed in the coming weeks ahead of lift-off in West Texas on 20 July - the 52nd anniversary of the moon landings.

It will be the first time Mr Bezos's New Shepard capsule will have people onboard and will mark the launch of his space tourism business. 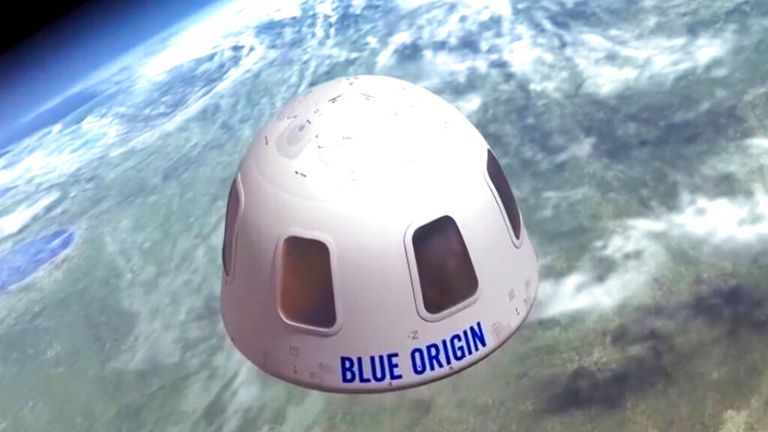 Image: This is what the Blue Origin capsule will look like in space. Pic: AP 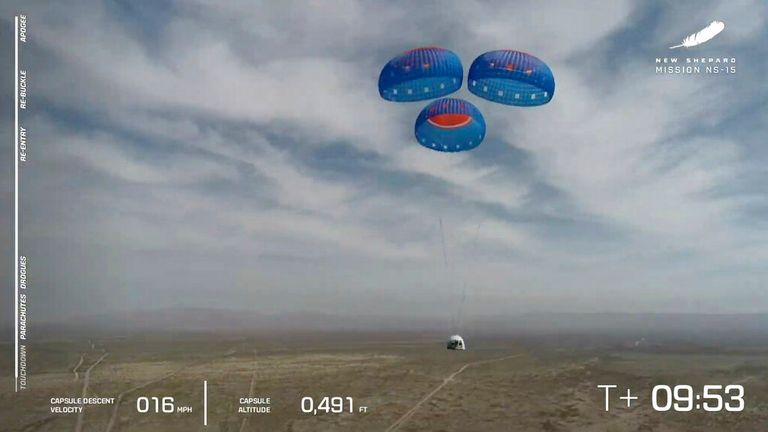 Image: The New Shepard capsule is seen using parachutes to land during a test in Texas in April. Pic: AP

All 15 test flights since the project began in 2015 have been successful.

More than 7,500 people from 159 countries registered to bid in the online auction, with 20 going through to the final round on Saturday.

Offers quickly shot up after Mr Bezos announced on Monday that he and his brother would be on board the 11-minute maiden passenger flight.

The money from the bid will be donated to Blue Origin's Club for the Future, which promotes science and technology among young people, a company spokesperson said. 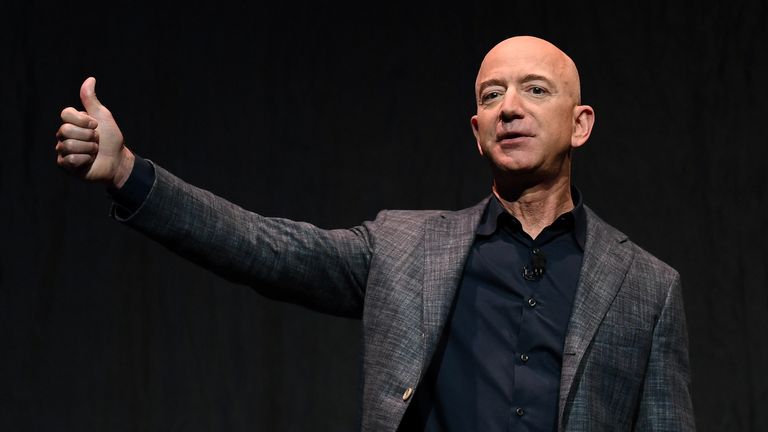 Image: Jeff Bezos and his younger brother Mark will be on board the maiden voyage

It is not clear when Blue Origin will be open for commercial business, but ticket sales and price lists are due to be available soon.

Mr Bezos is set to beat his rival Richard Branson and his space enterprise Virgin Galactic in being the first person to make space travel available to the public.

The ‘most popular’ PCs are getting e-SIM support and 5 other key features: All you need to know

Google’s flagship Pixel phones may not come to India

RedmiBook series laptop to launch in India today at 12 pm: How to watch live stream