Sonu Sood Stopped From Meeting Migrants. Not By Us, Say Mumbai Police 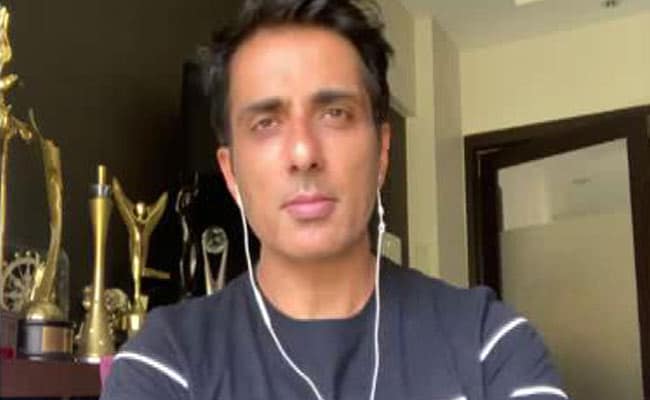 Actor Sonu Sood, who is helping migrants return home, was stopped outside Bandra Terminus in Mumbai

Actor Sonu Sood, who has been arranging transport for migrant workers stranded in Mumbai and has faced criticism from the Shiv Sena for "enacting a political script written by BJP", was stopped outside the Bandra Terminus in Mumbai by police from meeting labourers.

A Mumbai Police official said the actor was stopped by the Railway Protection Force (RPF) when he reached the station on Monday night to meet some labourers, and added that they have not received any complaint so far in this connection.

The migrant labourers were supposed to take the Shramik Special train from Bandra Terminus to Uttar Pradesh.

Mumbai's Nirmal Nagar police station's senior inspector Shashikant Bhandare told news agency PTI that "The actor was stopped by the RPF, not by us. He wanted to meet labourers who were going to their native place. We have not received any complaint regarding this till now."

Shiv Sena MP Sanjay Raut on Sunday wondered whether the BJP propped up Sonu Sood to "offer help" to migrant workers from north India stranded in Maharashtra amidst the lockdown, with the political motive to show the Uddhav Thackeray government in poor light.

In his weekly column 'Rokhthok' in Shiv Sena mouthpiece 'Saamana', Sanjay Raut questioned the sudden rise of "Mahatma" Sood on the social scene of Maharashtra during the lockdown.

Mr Raut also referred to an alleged "sting operation" against Sonu Sood ahead of the 2019 general elections, saying he had agreed to promote the BJP-led government at various platforms through his official social media accounts.

The actor met Uddhav Thackeray at the latter's residence 'Matoshree' in suburban Bandra on Sunday night.

On Monday, Defence Minister Rajnath Singh backed Sonu Sood for his work for stranded migrant workers, and questioned the Maharashtra government's criticism of the actor.

Chances of Covid-19 spread in schools low: WHO chief scientist

PK is now voter from WB, name appears on rolls in Bhowanipore