Snowfall In Higher Reaches Of Kashmir, Rain In Plains 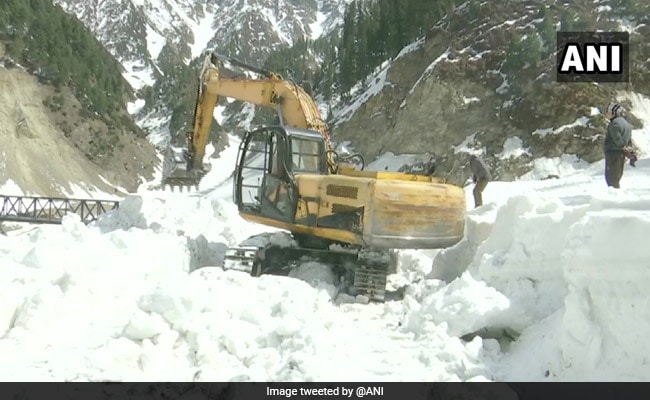 Many areas in the higher reaches of Kashmir, including the famous tourist destination of Gulmarg, received fresh snowfall on Wednesday, while the plains saw heavy rain, officials said. Gulmarg in north Kashmir recorded over 12 inches of fresh snowfall on Tuesday night, said weather officials. Intermittent snowfall continued in Gulmarg on Wednesday morning as well.

In Bandipora district of north Kashmir, Gurez and Razdhan Pass recorded nine and 19 inches of snowfall. According to the officials, in Kupwara district, also in the north, Sadhna Top and Z-Gali recorded about 12 inches of fresh snow, while about six inches were recorded in other areas in Karnah and Keran.

The officials said the plains in the Valley, including summer capital Srinagar, saw intermittent rainfall for the third consecutive day, causing water-logging in many areas.

The Meteorological Department said while the current system of widespread moderate to heavy rain or snow is likely to continue, there will be a significant improvement in the weather later in the day.