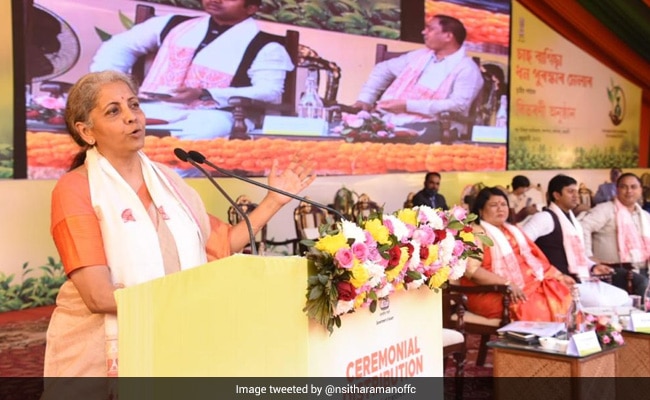 The Shiv Sena on Friday targeted Union Finance Minister Nirmala Sitharaman for referring to the issue of high fuel prices as "dharm-sankat", and said she had no right to continue in her post if she could not resolve it.

Sena MP Sanjay Raut alleged that the minister was trying to run away from the issue.

"You have got votes in the name of "dharma'' (religion). If reducing prices of petrol and diesel is "dharm-sankat'' (moral dilemma), don't play religious politics," he said, speaking to reporters.

"The government's primary responsibility is to protect people from inflation, and it should not adopt a trader's approach of looking at profit and loss while taking decisions," Mr Raut said.

"(Then prime minister) Manmohan Singh faced such a situation (high fuel prices) during the UPA rule but he fought it and you are running away," the Sena leader said.

He also claimed that in neighbouring Sri Lanka and Nepal, prices of petrol and diesel were 40 percent less.

At an event in Ahmedabad on Thursday, when asked if Centre was considering reduction in the cess or other taxes on fuel to give respite to consumers, N Sitharaman said the question had put her in "dharm-sankat".

"No hiding of the fact that the Centre gets revenue from it. Same is the case with states. I agree that there should be less burden on the consumers.

"For that, both the Centre and states should talk with each other (for reducing central as well as state taxes on fuel)," she said during an interaction with the students of the Indian Institute of Management-Ahmedabad (IIMA).