Singer Selena Gomez may be the star of her at-home cooking series, Selena + Chef, on HBO Max, but the true breakout star of the show is a dazzling set of rainbow-colored knives she uses in the kitchen, which are available at Amazon right now. The best part? These celebrity-approved, eye-catching knives are currently on sale for $44 after the $29 coupon is applied. 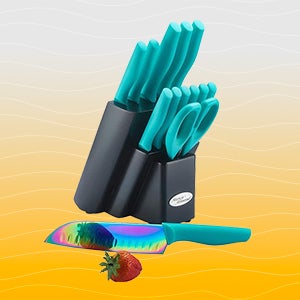 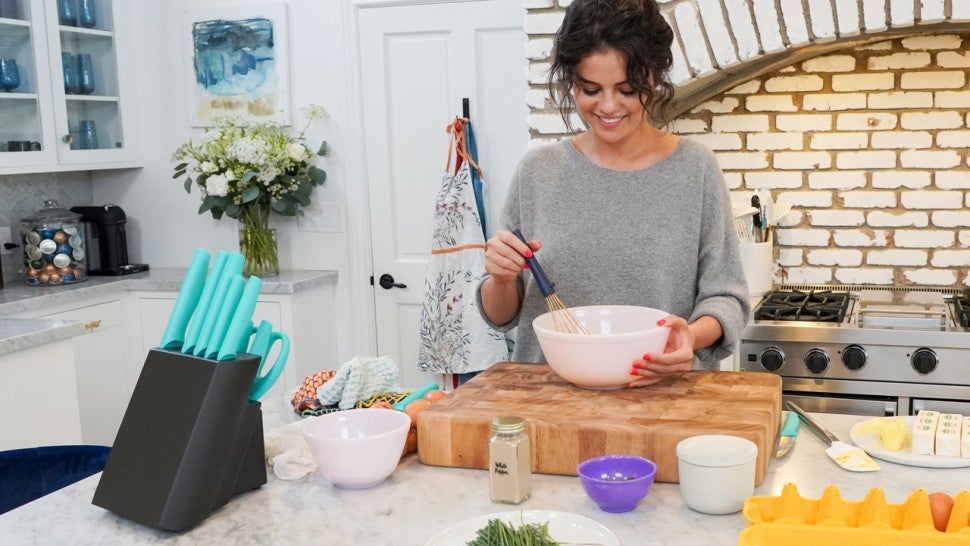 In the first season, chefs Ludo Lefebvre, Antonia Lofaso and Candice Kumai show the singer how to cook unexpected meals. And they, like us, are impressed by her kitchen tools.

Chef Ludo Lefebvre has Gomez demonstrate with one of her knives in the premiere episode of the series. Impressed her knives are up to his standards, Lefebvre says in astonishment, “Selena, I’ve never seen blue knives like that.”

“I love your knives by the way. So cool… They look beautiful,” Kumai tells Gomez, who responds by saying that she’s been getting so many compliments on them. In another episode, when asked if she likes Gomez’s set, Lofaso says, “I do. It’s like a Coachella knife.”

While speaking with ET, the former Top Chef contestant explains why the knives caught the attention of all the guest chefs on the show. “You know, chefs, we like to poke fun at people. I just don't know what it is about us,” Lofaso says. 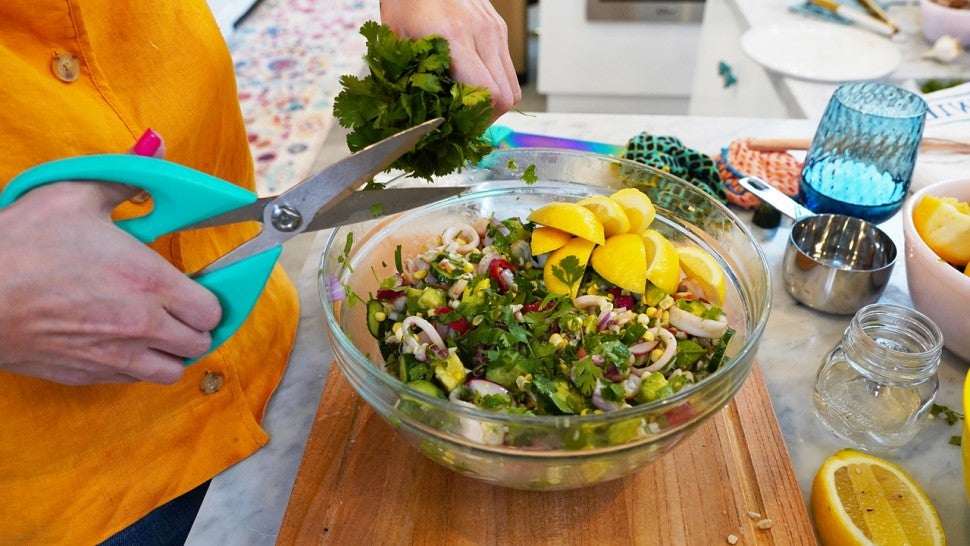 She continues by saying, “I can't speak for anyone else, but when you see knives that have these striking colors or whatever, it always interests me because it's a kitchen tool. So for us, it's not really meant to be decorated. It's meant to be something that we use very seriously and that we use all the time. So when we see blue knives, I'm like, ‘Wow. Where'd you get that?’ You know what I mean?”

Earlier, when promoting the series via a virtual presentation for HBO Max, Gomez told reporters that “Ludo made fun of me a lot,” while adding that the show is meant to be lighthearted amid everything else going on in the real world. She added that she hopes “this is something that will make people smile.”

Paired with the teal blue ergonomic handles, the stylish knife set is not just a useful tool, it’s also a piece of decor that brightens up any kitchen. In Gomez’s case, her knife set pops in her largely neutral kitchen design, which shows how clean, sleek and modern her space is. And while these knives are the kings of the kitchen, they're not the only covetable kitchen tools on the show. Below, shop other colorful items from Selena's Selena + Chef kitchen. 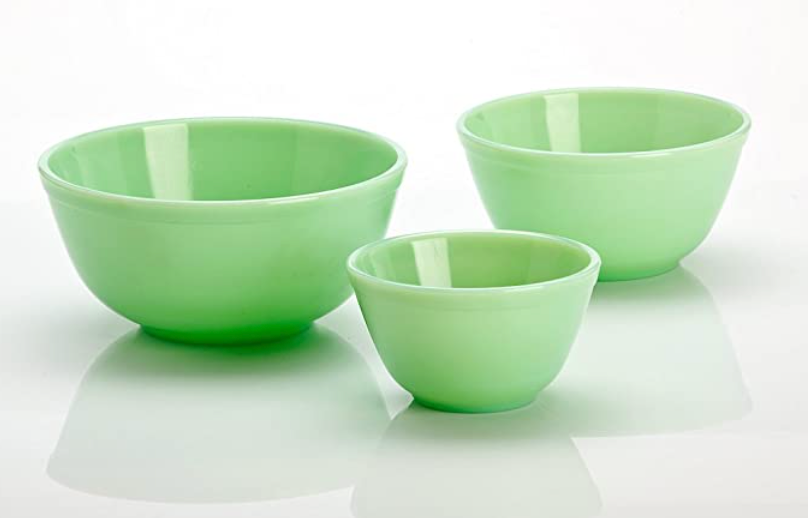 These glass nesting bowls are as useful as they are pretty. Use them to mix ingredients for baking, sauces, or simply to eat cereal while catching up on Selena + Chef. 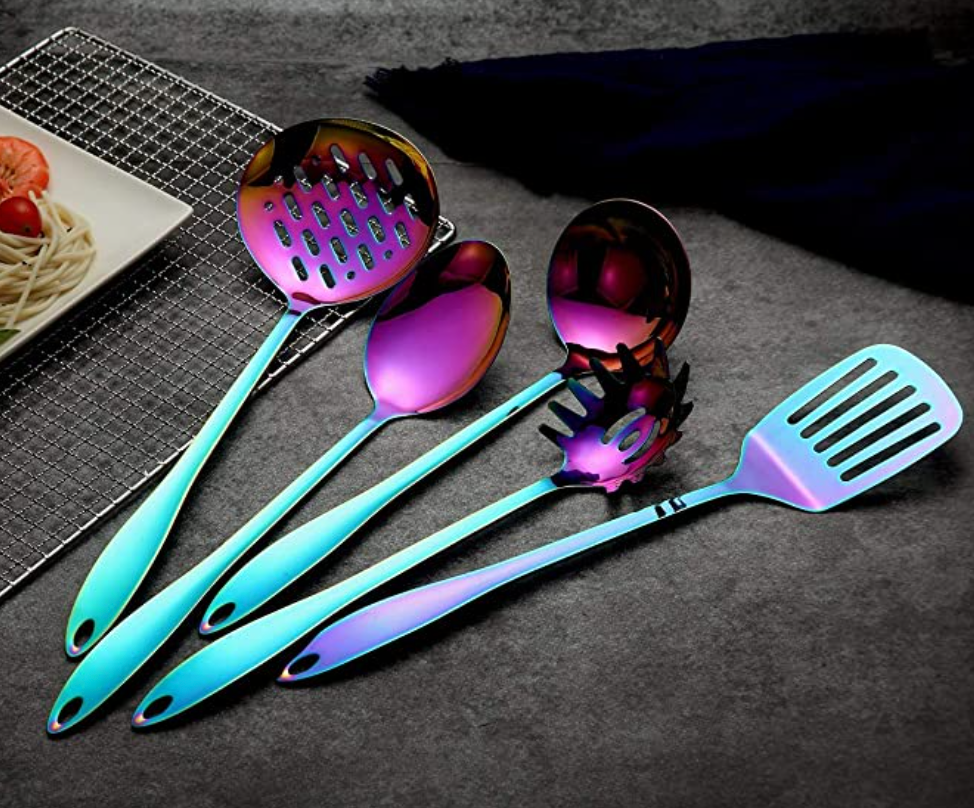 This set of utensils goes right along with the rainbow knife set. There are five tools included are a slotted turner, a soup ladle, a skimmer, one spoon and a pasta server, all in gorgeous iridescent (and non-stick!) finish. 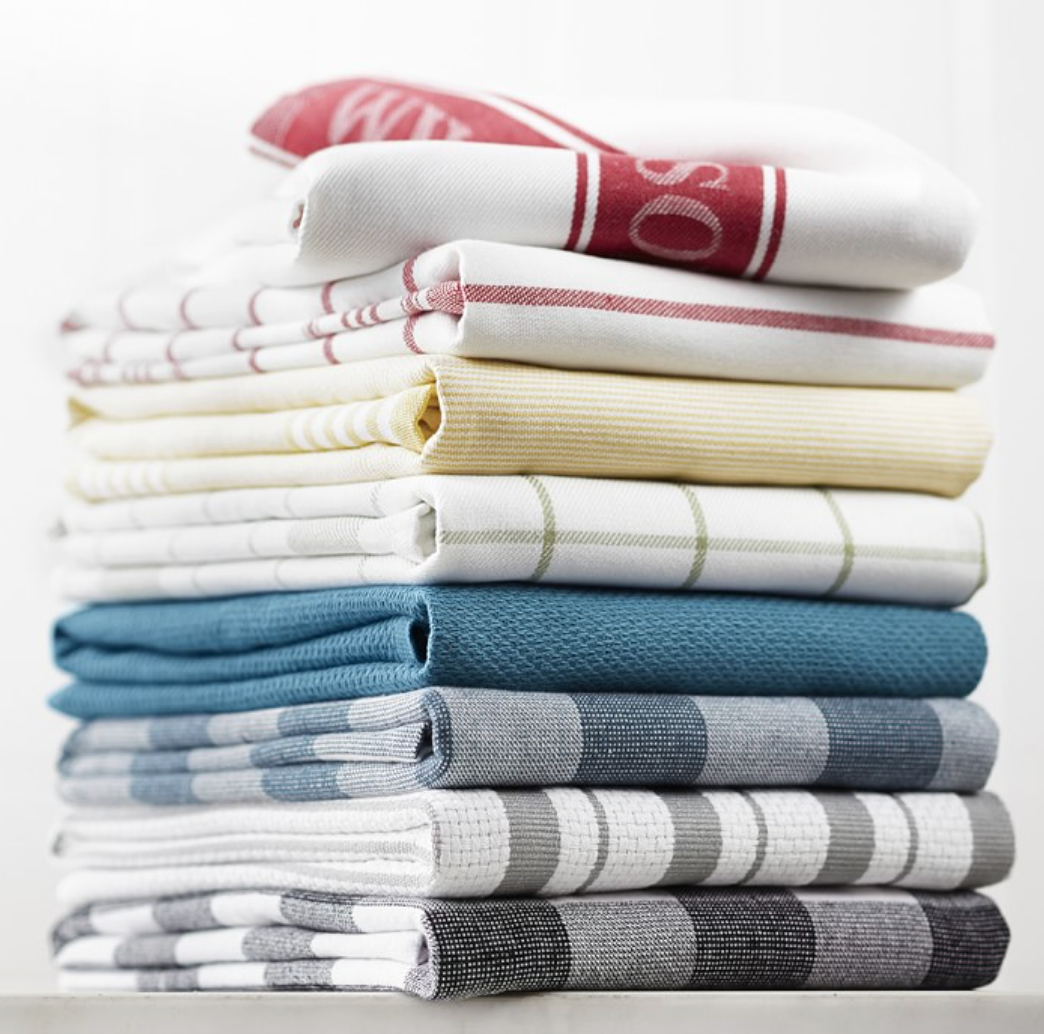 Even clean up can be cute with these kitchen towels, available only at Williams-Sonoma. 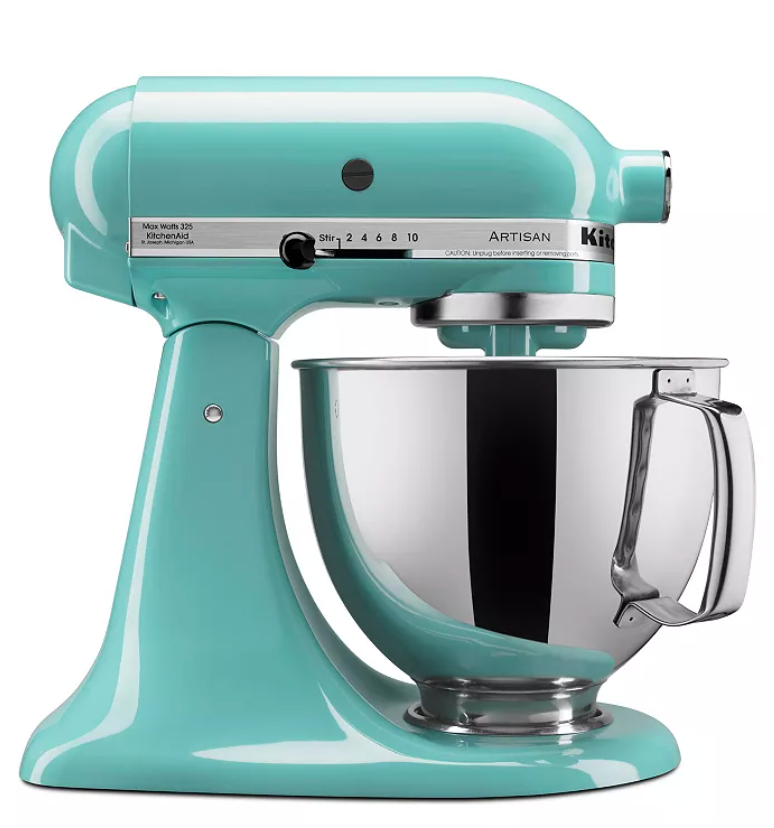 Mix it up like Selena Gomez with this classic Kitchenaid mixer in an adorable Aqua Sky blue or six other colors. 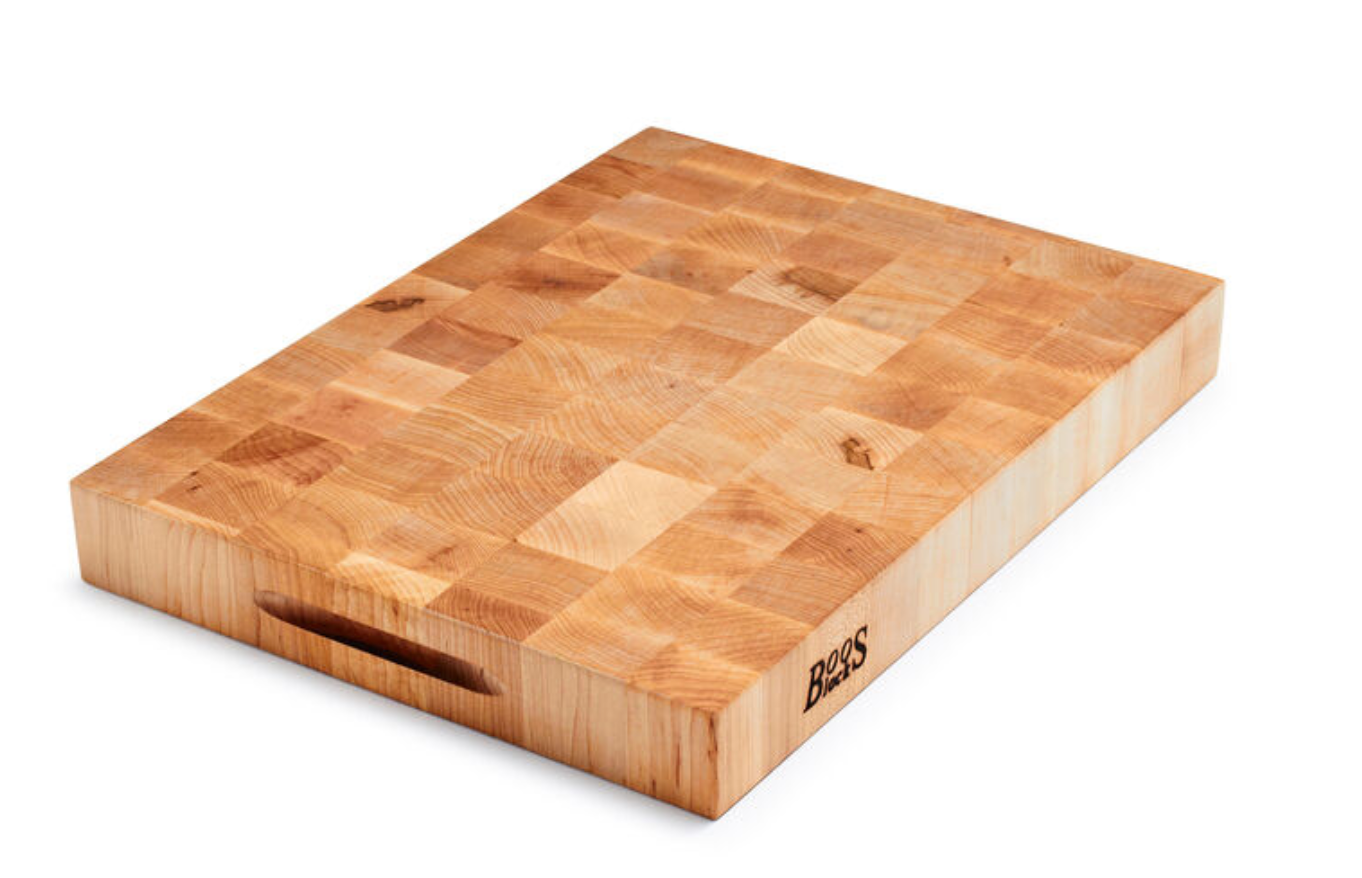 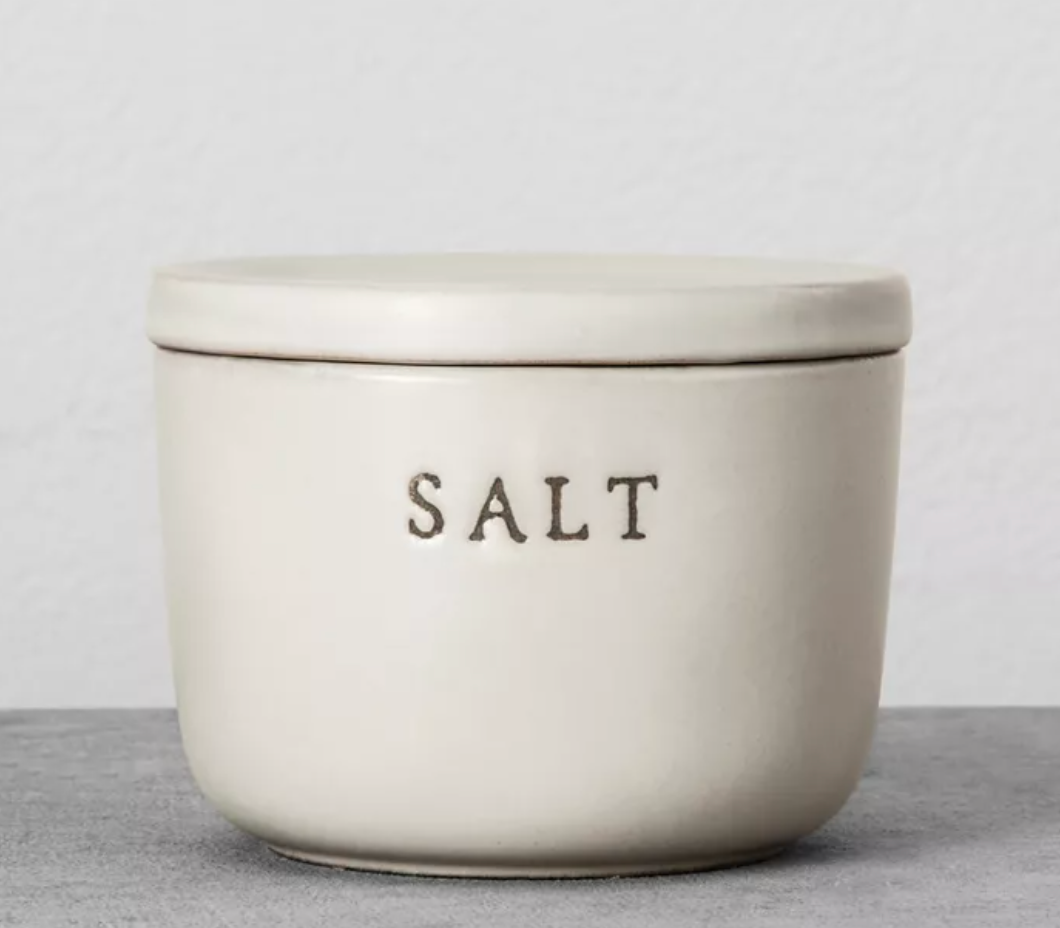 Channel your inner salt bae. Pick up the salt cellar, part of the Hearth & Hand with Magnolia collaboration available at Target. At this low price, you could also grab its matching pepper cellar. 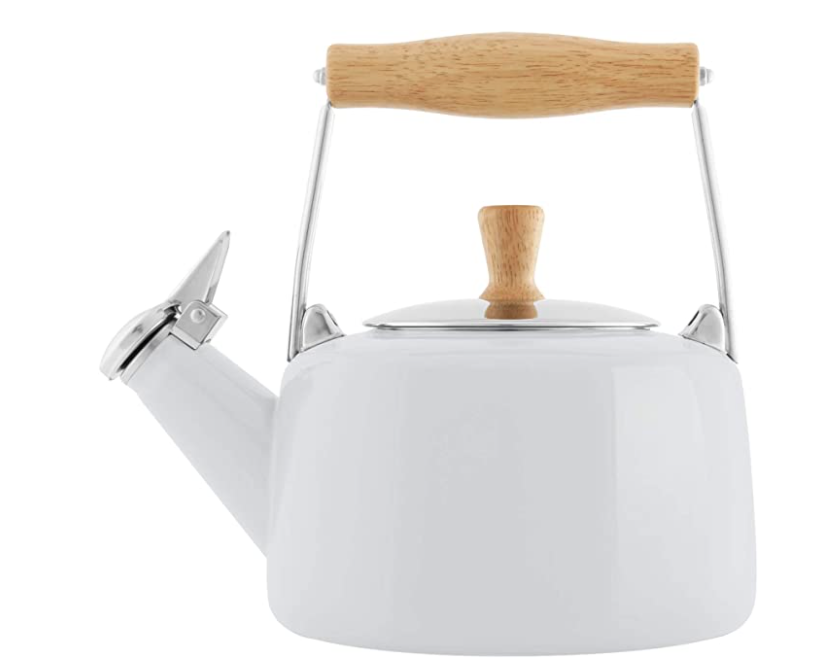 Make the most stylish cup of tea of your life using this enamel on steel teakettle by Chantal Sven.

The first two seasons of Selena + Chef are now streaming on HBO Max if you want to improve your cooking skills. And if you're looking for more kitchen tools, check out our list of kitchen gadgets we found on Tiktok.

The 15 Best Home Deals at the Nordstrom Anniversary Sale

The Best Deals on Amazon for Summer

Our Place Summer Sale: Get A Free Spruce Steamer With The Best-Selling Always Pan

The Much-Loved HexClad Pan Is on Sale

Get the TikTok-Famous Portable Air Conditioner for $25

Drew Barrymore New Kitchenware Line Is Back in Stock at Walmart -- in New Colors, Too!

Khloé Kardashian's Gym Shoes Have Over 56,000 Five-Star Ratings on Amazon

Everything TikTok Made Us Buy — Fashion, Beauty and Home

The Best Cookware Lines by Celebrities 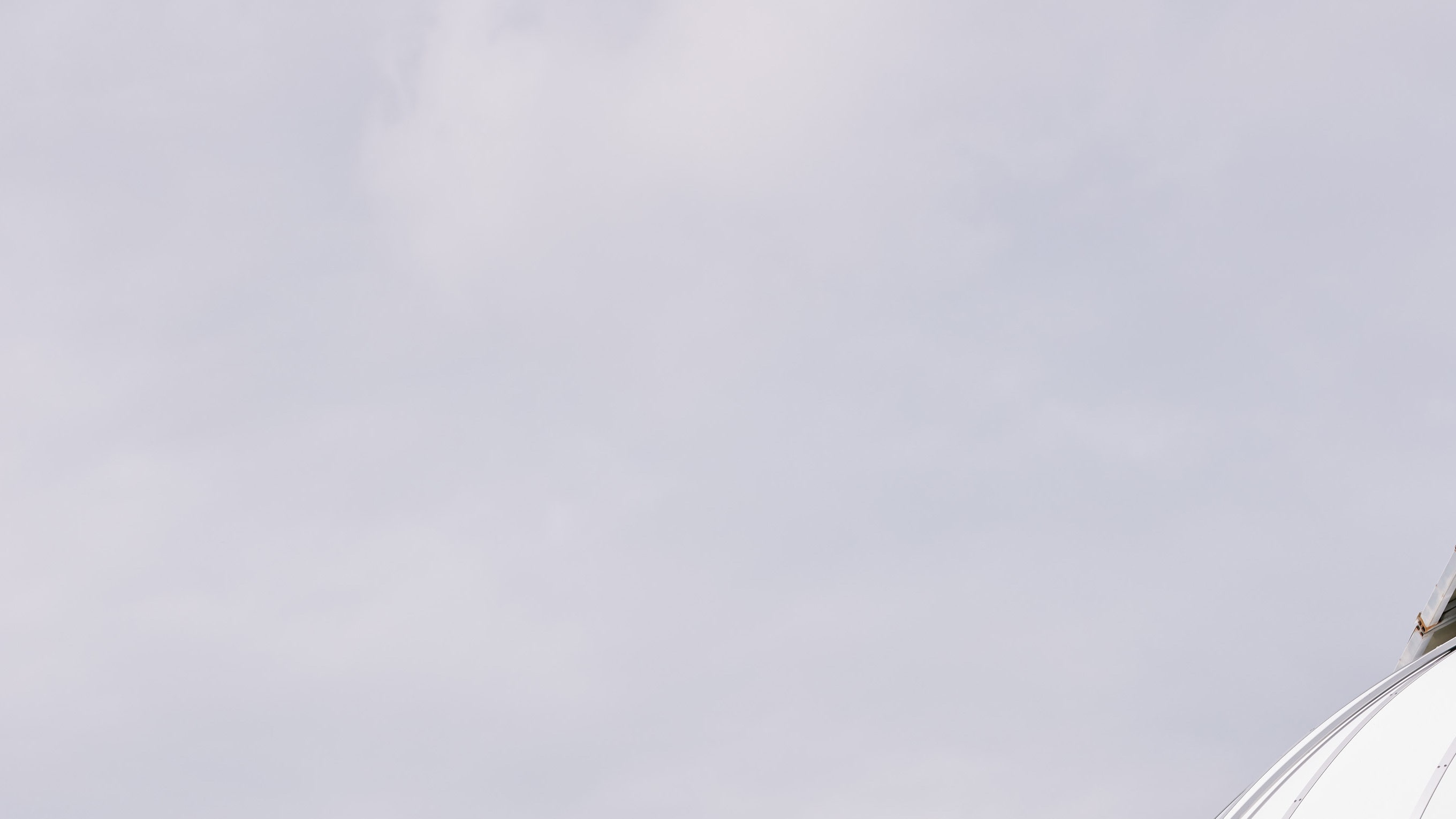 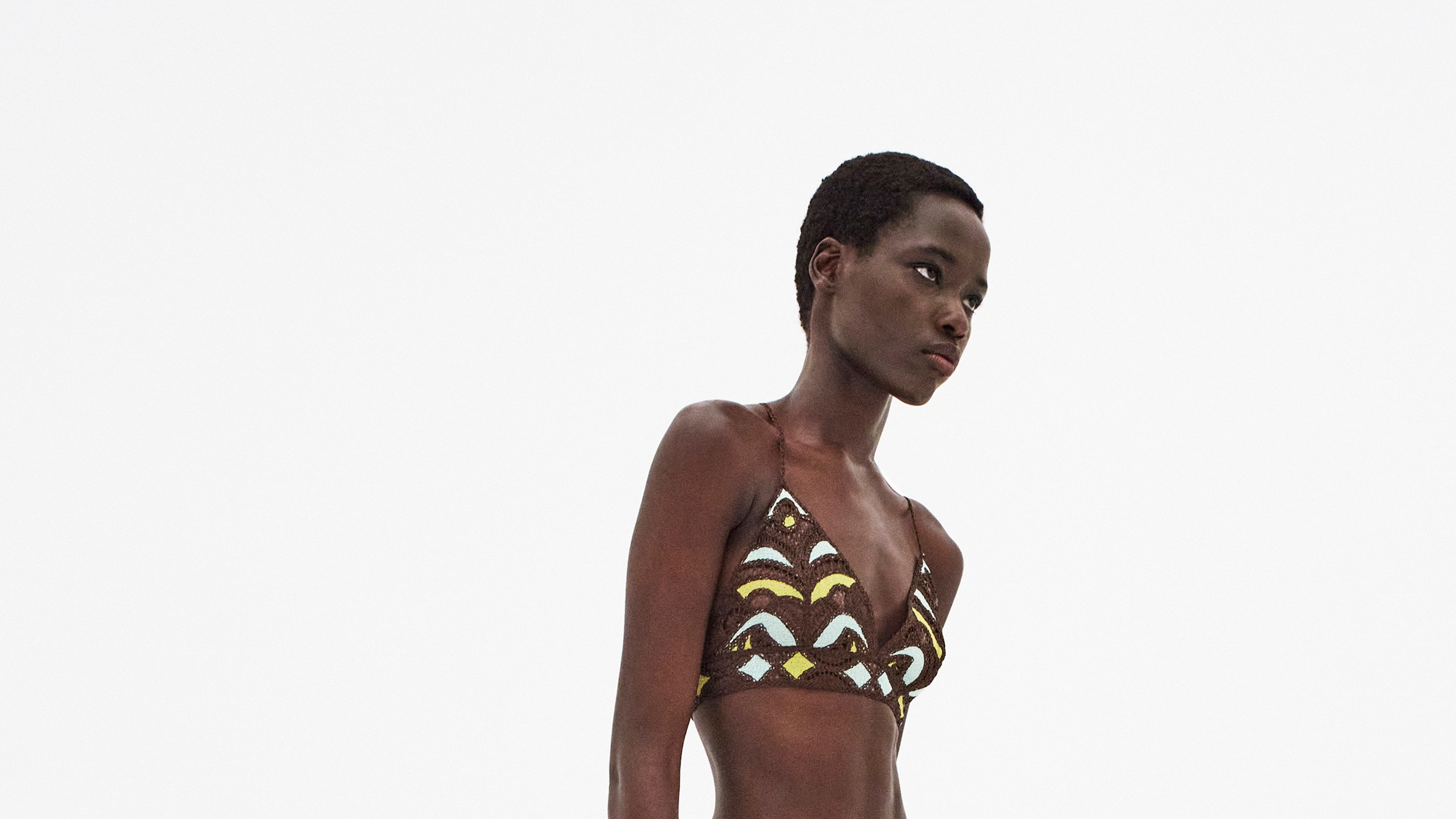