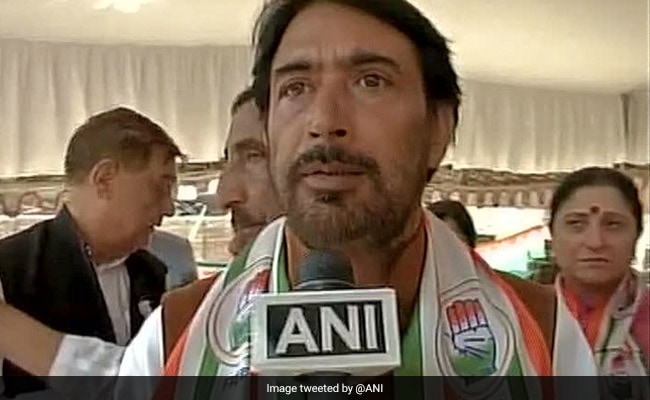 Unidentified terrorists fired upon Pandita at Lokbawan in Anantnag.

Condemning the killing of Ajay Pandita, Congress sarpanch in Jammu and Kashmir, party President Ghulam Ahmad Mir said that had Pandita been provided with security cover, such an incident would not have occurred.

Speaking to news agency ANI, Mr Mir said, "Had he been provided with a cover (security), we might not have seen this day. The place where this incident took place is a highly secured area. This matter should be investigated".

"This is extremely sad for us that such a dedicated and committed person has gone, his place cannot be filled. He was an elected sarpanch that too belonging from the minority. We have demanded protection for them, several times. He was loved by everyone," he added.

Meanwhile, Ravinder Raina, BJP state President said that his party will talk to the Lieutenant Governor for providing security to the sarpanches and panches here.

"Pakistan terrorists have killed humanity in Kashmir. Just the way Kashmiri Pandits were killed, kidnapped and they were forced to leave their houses in 1990...that has been repeated again. They (terrorists) have attacked as security forces have conducted encounters in Shopian and Pulwama," said Raina.

"Such incidents occur regularly in Kashmir, hence the panches and sarpanches should be provided adequate security. Had security been allocated, such an incident would not have occurred," he added.

Unidentified terrorists fired upon Pandita at Lokbawan in Anantnag. He later succumbed to his injuries at a hospital.