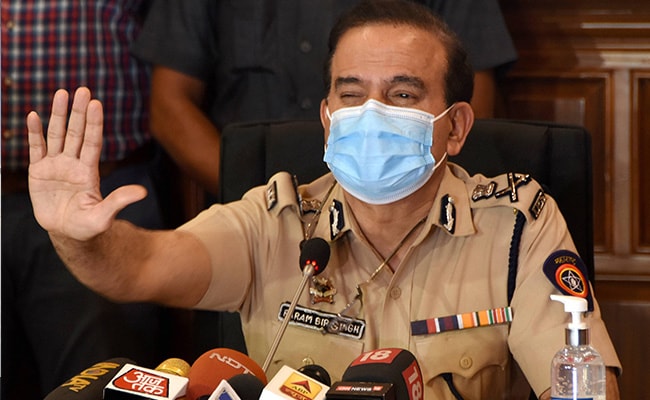 Republic TV has been accused of rigging its viewership numbers

Mr Sundaram is the first senior figure from Republic TV to be summoned in connection with a scandal that broke Thursday after BARC (Broadcast Audience Research Council) - an agency that tracks television viewership - alleged the numbers were being fudged by certain channels.

Republic TV is the biggest name to have emerged from early inquiries, with viewers testifying they were paid to keep the channel on even when they were not watching. The two other channels named in early investigations are local channels Fakt Marathi and Box Cinema.

The police intend to carry out a "forensic audit" of Republic TV's accounts, which could be frozen if it was established that the channel pocketed extra advertising money using rigged ratings.

The summons to Mr Sundaram contend that there are reasonable grounds to believe he is "acquainted with certain facts and circumstances of the matter". The police have also summoned accountants from the two other channels and those from a couple of advertising agencies.

Republic TV has strongly refuted the allegations and accused Mumbai Police of a vendetta because the channel had questioned the police investigation into actor Sushant Singh Rajput's death.

Republic TV's Arnab Goswami declared yesterday that he would sue Mumbai Police Commissioner Param Bir Singh over the allegations and insisted "not a single BARC report that mentioned Republic TV".

"The people of India know the truth," he added.

Four people, including the owners of the two smaller channels have already been arrested.

According to the police, the complaint was filed earlier this month by Hansa Research, a company appointed by BARC, which installs "people metres" to track viewership. The company said some former employees had shared details of the households being tracked and helped rig ratings.