India has announced 11,929 new confirmed cases of coronavirus - the highest one day infection total since the virus was first detected in the country in late January. China reported 57 new confirmed - and nine asymptomatic - COVID-19 cases, for June 13, the highest since April 13, according to data released by the national health authority on Sunday. African leaders say China will ensure the supply of 30 million testing kits and 10,000 ventilators each month for the continent as the coronavirus pandemic accelerates there. More than 7.79 million people in total have been infected with the coronavirus, about 3.7 million have recovered, and at least 430,000 have died, according to Johns Hopkins University.

The Department of Health also recorded 14 additional fatalities related to the novel coronavirus, taking the death toll to 1,088.

Five hundred railway coaches to serve as hospitals, the rapid ramping-up of testing and house-to-house health surveys in the worst-affected areas were among the measures announced to tackle a growing spike in COVID-19 cases in the Indian capital.

Delhi has reported 2,000 new cases for the past two days and has emerged as one of the major centres of the pandemic in India along with the cities of Mumbai and Ahmedabad.

Britain's government will review its two-metre social distancing rule as a matter of urgency as it tries to help the country's economy recover from a 25 percent collapse after the onset of the coronavirus crisis, finance minister Rishi Sunak said.

Sunak said progress in tackling the spread of COVID-19 meant the country was able to take a "fresh look" at the two-metre rule which many employers have said will make it harder for them to get back up to speed after the coronavirus lockdown.

June 14 (Reuters) - England manager Gareth Southgate has said it was an easy decision to accept a 30 percent wage cut to help the Football Association (FA) mitigate the financial impact of the COVID-19 pandemic.

Football was suspended in March due to the coronavirus outbreak and England's friendlies against Italy, Denmark, Romania and Austria were cancelled. Euro 2020 was also pushed back by a year.

The FA said the lack of international matches and domestic cup games would cost it 100 million pounds ($125.42 million) and Southgate was among the senior figures to take wage cuts for three months starting in April.

According to Al Jazeera reporter Maja Blaževska Evrosimoska, both figures represent records in terms of daily reports since the outbreak.

The second most populous nation in the world now has over 320,000 cases as the total death toll neared 9,200. 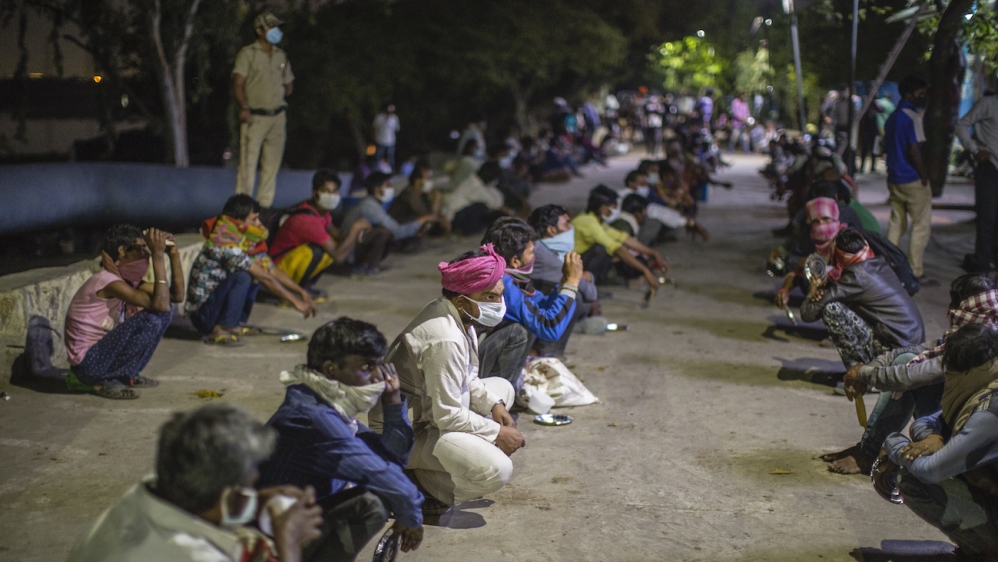 Indian has the fourth highest number of coronavirus infections in the world after US, Brazil and Russia [File: Yawar Nazir/Getty Images]

A China Southern Airlines flight from Dhaka to Guangzhou will be suspended for four weeks from June 22 due to concerns about COVID-19 infections, China's aviation regulator said.

Seventeen passengers on a June 11 flight from the Bangladeshi capital to the southern Chinese city tested positive for the coronavirus, meeting the conditions for a "circuit breaker" suspension of the service, the Civil Aviation Administration of China in a statement.

China reported 19 new confirmed cases involving travelers from overseas for June 13, with 17 of them arriving in Guangdong province.

How can the aviation industry weather the coronavirus storm?

The Yemeni Embassy in the Saudi capital, Riyadh, is shuttering indefinitely due to a number of confirmed cases of the coronavirus among staff.

The embassy made the announcement on Twitter late Saturday, but did not specify how many people had contracted COVID-19.

Similarly, the Philippine Embassy in Riyadh also announced that starting Sunday its office for labor affairs will close after a number of employees were tested for the coronavirus and six people were confirmed positive for the disease. The office is being sterilized and employees were working remotely, according to the embassy.

A match in Australia’s National Rugby League between the Sydney Roosters and Canterbury Bulldogs has been postponed over fears a Bulldogs player may have been exposed to the coronavirus.

Prop Aiden Tolman has a child at the Laguna Street Public School in Caringbah, Sydney at which a staff member has tested positive to COVID-19.

A Norwich City player is one of two positive coronavirus results found in the Premier League's latest round of testing, the club confirmed.

The Premier League, which has been suspended since March 13 because of the virus, is set to resume with two fixtures on June 17 before Norwich play Southampton in their restart fixture on June 19.

All 20 club players and staff members have been tested twice weekly for Covid-19 and after the latest round on June 11-12, there is now 16 positive cases from a total 8,687 tests.

Hello, this is Usaid Siddiqui in Doha taking over from my colleague Ted Regencia.

President Nayib Bukele has announced that El Salvador's economy could start to reopen on June 16, following weeks of strict lockdown. The process will be in several stages, with the airport not restoring operations until August 6, Bukele said.

Bukele has imposed some of the toughest measures in the Americas against the pandemic, in which El Salvador has registered 72 deaths and 3,603 infections.

He had clashed with legislators who wanted an earlier end to the lockdown, saying it would be too risky. Upon announcing plans for the economy's reboot, he urged residents to stay in their homes a bit longer than required.

Beijing should expand the scope of nucleic acid testing for the new coronavirus and sampling in the Chinese capital, a city government spokesman said on Sunday.

He told a news conference Beijing has entered an "extraordinary period" after the city reported a record 36 confirmed new cases of the virus for Saturday.

The alliance forged by Germany, France, Italy and the Netherlands is set to take delivery by the end of 2020 of a vaccine being tested by the University of Oxford. The agreement struck Saturday aims to make the vaccine available to other European countries that wish to take part.

The cost is expected to be offset by funding from the governments.

AstraZeneca, an Anglo-Swedish company, recently completed similar agreements with Britain, the US, the Coalition for Epidemic Preparedness Innovations, and Gavi, the Vaccine Alliance for 700 million doses. A license also has been agreed with the Serum Institute of India for one billion doses.

The number of confirmed coronavirus cases in Germany increased by 247 to 186,269, according to Reuters news agency quoting the Robert Koch Institute for infectious diseases on Sunday.

The Korea Centers for Disease Control and Prevention said Sunday that 30 of the new cases are in the greater Seoul area, where half of the country's 51 million people live. New cases have been linked to nightlife establishments, church services, a large-scale e-commerce warehouse and door-to-door sellers. 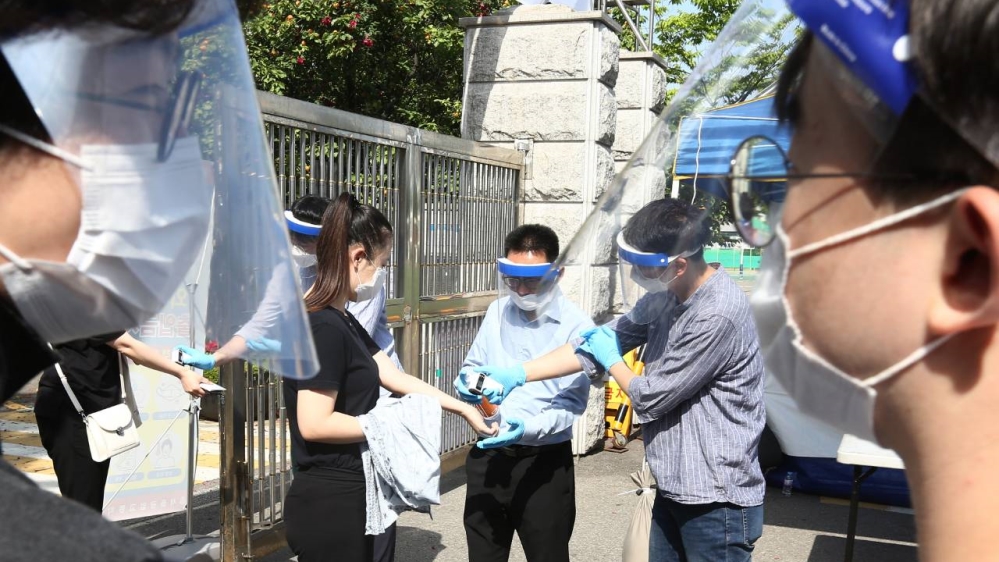 Pakistani authorities have identified and sealed off nearly 1,300 hot spots to contain the rising trajectory of new infections.

The sealing of high-risk area comes as Pakistan reported 6,472 news cases on Saturday, the country's highest single-day total. Pakistan has confirmed a total of 132,405 cases, including 2,551 deaths.

Pakistan put its entire population of 220 million under lockdown in March. The government has since eased restrictions, saying it was necessary to save the economy, but it has caused a surge in infections.

South Africa says the average delay in obtaining coronavirus test results from public labs has risen to 12 days amid backlogs and shortages of testing materials.

South Africa represents well over a quarter of Africa's virus cases, with more than 61,000, and 1,423 deaths. The country has conducted about a third of the virus tests in Africa, and countries with fewer resources could face similar delays or worse.

The longer it takes to confirm a positive case, the greater the risk that an infected person is unknowingly spreading the virus. The African continent overall has more than 225,000 cases.

China reported 57 new confirmed -  and nine asymptomatic - COVID-19 cases for June 13, the highest since April 13, according to data released by the national health authority on Sunday.

The National Health Commission said in a statement that 38 of the new confirmed cases were locally transmitted, with 36 of them in Beijing. This is the highest daily infection count for China's capital since authorities started releasing data. There were no new reported deaths.

The total number of COVID-19 cases in mainland China now stands at 83,132, while the death toll remained unchanged at 4,634. China does not count asymptomatic patients, who are infected with the virus but do not display symptoms, as confirmed cases.

In a country that sees thousands of protests annually, the Council of State's ruling allows demonstrations to resume as long as health protections are respected, the events are declared in advance to authorities, and not deemed a risk to public order.

The ruling came as an unauthorised protest against police violence and racial injustice wound down in Paris. Police stopped at least 15,000 protesters from marching through the city Saturday, citing virus restrictions on any gathering of more than 10 people. 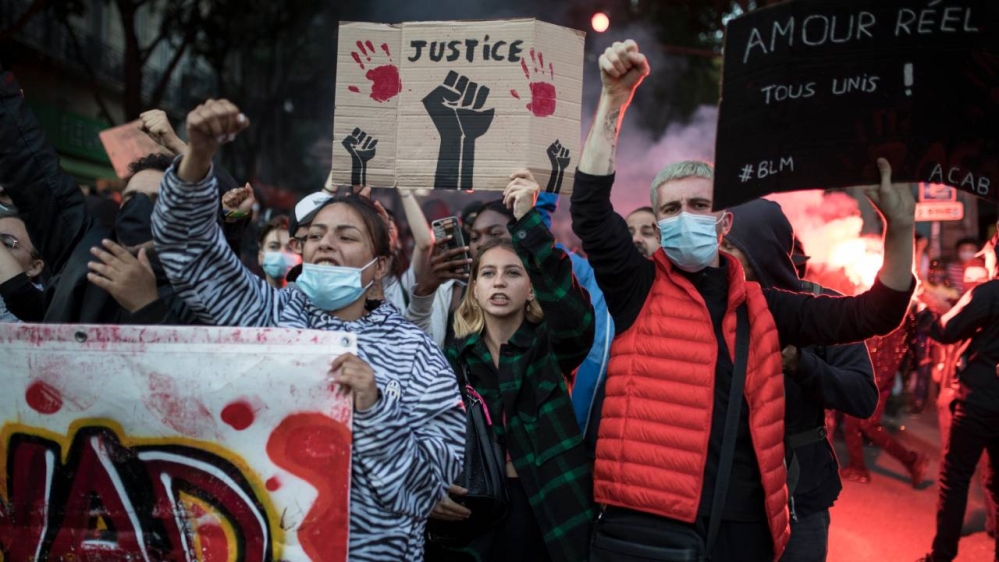 Protesters raise their fists during a march against police brutality and racism in Marseille, France [Daniel Cole/AP]

Mexico's health ministry reported 3,494 new confirmed coronavirus infections and 424 additional deaths on Saturday, bringing the total in the country to 142,690 cases and 16,872 deaths.

The government has said the real number of infected people is likely significantly higher than the official count, according to Reuters news agency.

Ukraine has recorded its highest daily count of new coronavirus infections for the third day in a row, more than double the count earlier in the month.

The health ministry on Saturday reported 753 new cases, compared with 683 the previous day.

Egypt's Health Ministry has announced 1,677 new confirmed cases of coronavirus - the highest 24-hour total since the virus was first detected in the country in mid-February, according to The Associated Press news agency.

The figures raise Egypt's coronavirus totals to 1,484 deaths and 42,980 confirmed cases. The ministry says 11,529 patients have been discharged after their recovery.

Egypt is the Arab world's most populous country, and it has the highest death rate from COVID-19 among Arab nations. It ranks third in the Middle East after Iran and Turkey.

You can find all the developments from yesterday, June 13, here. 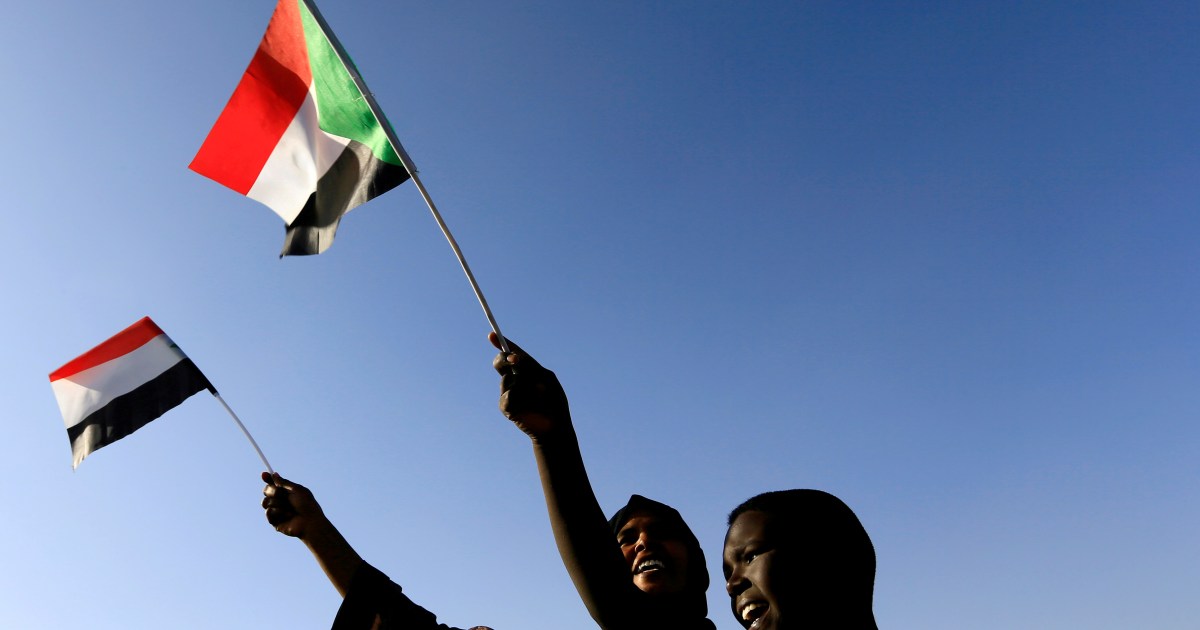 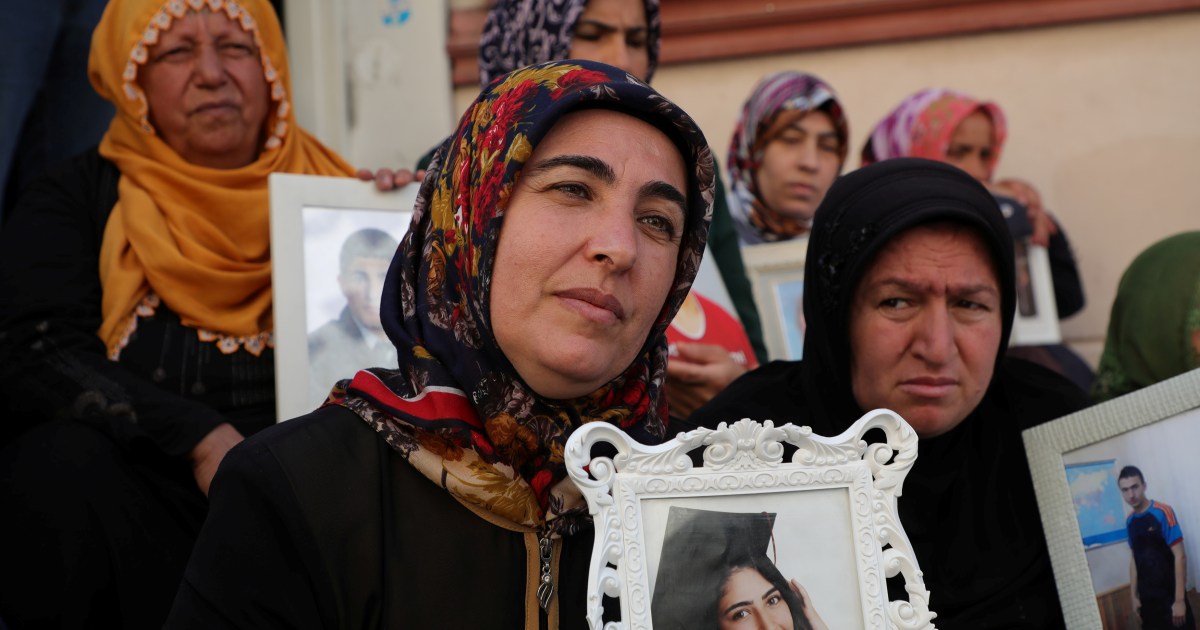