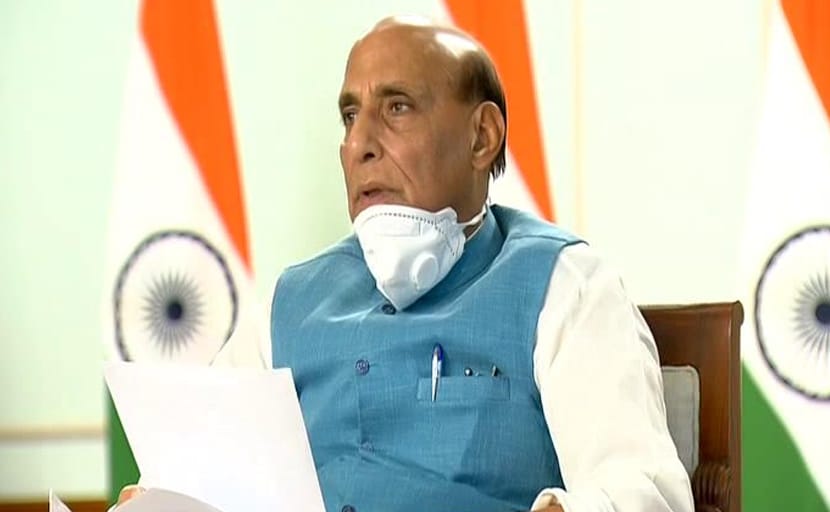 Defence Minister Rajnath Singh is in Moscow to attend a meeting of SCO defence ministers. (File)

Defence Minister Rajnath Singh is likely to meet his Chinese counterpart in Moscow, where both are attending a three-day event, government sources said today. "We have received a meeting request. A meeting is likely," the sources said.

Chinese Defence Minister Wei Fenghi is believed to have asked for the meeting on the sidelines of a Shanghai Cooperation Organization (SCO) meet in the Russian capital. The Chinese side reached out to the Indian mission for the meeting, said sources.

Indian and Chinese troops are engaged in a tense border row in eastern Ladakh since May. In June 20 Indian soldiers died in a clash with Chinese troops at Galwan Valley.

Tension flared up again after Chinese troops tried to occupy territory in the South Bank of Pangong Lake last Saturday and again on Monday. Indian forces were prepared and prevented these attempts to "unilaterally alter the status quo" at the Line of Actual Control, the government said.

India has now taken control of a number of strategic heights in the region and has also rushed in additional troops and weapons following the Chinese attempts.

The attempts were made even as the two nations were engaged in diplomatic and military talks to resolve the border row.

Foreign Minister S Jaishankar said on Thursday he was "totally convinced" that a solution to the India-China border row had to be found in the domain of diplomacy.

Asserting that he was not underplaying the seriousness of the situation, he said it was vital for both the countries to reach an "accommodation" not just for themselves, but the world had a lot riding on it.

"I am also conscious that you have the situation that we have in border areas of the western sector (across Ladakh). Because we have the long (term) view, our position there has been very clear--we have agreements and understandings with China. The agreements and understandings must be scrupulously observed by both parties," Mr Jaishankar said at an online event for the launch of his book.

"The reality is what happens at the border will impact the relationship, you cannot separate it. I made this point a few days earlier in another context, I would say that I am totally convinced that the solution to the situation has to be found in the domain of diplomacy. And I say that with responsibility," he said, according to Press Trust of India.

Amid COVID-19, This Family Provided Free Oxygen Cylinders To Patients