Jaipur: Rajya Sabha member Kirodi Lal Meena and Gurjar leader Himmat Singh launched the “Chipko Andolan” on Monday, as a peaceful movement to demand compensation for land and trees that are being acquired by the state government for the construction of two national highways (NHs) passing through Dausa district in Rajasthan.

Earlier last December, the two leaders along with local residents have half-buried themselves on a plot of land, as a mark of protest to demand adequate compensation for those farmers, whose land was being acquired for the construction of the NHs.

The protests led to the signing of a tripartite agreement on January 27 by the state government, the National Highways Authority of India (NHAI) and the aggrieved farmers.

The additional chief secretary (home), Rajasthan, presided over the signing of the pact, where both Meena and Gurjar were also signatories.

“We’re forced to re-launch our agitation, as the state government isn’t implementing the agreement signed on January 27,” said Meena, who also sent a letter to Union Minister for Road Transport & Highways Nitin Gadkari on Monday.

On Monday morning, the protesters hugged trees in a symbolic protest at Dhanawad village in Dausa district. “We launched a protest called the Chipko Andolan, where we’re hugging trees to protect them. We want farmers should be adequately compensated for the acquisition of their land for the construction of the NHs,” said Singh, who is the coordinator of Pradesh Kisan Sangharsh Samiti Rajasthan.

He said the protest was called off around 4pm on Monday after the Dausa district collector met a delegation of protesters and assured that the state government would try to ensure adequate compensation for the affected farmers.

“The district collector has also assured us that the construction work on the Delhi-Mumbai Express Highway (NH-148) will remain suspended till the affected farmers get adequate compensation,” Singh added.

Meena said the affected farmers are seeking a pledge from the state government to launch an afforestation campaign, as trees would be cut in large numbers for the construction of the NHs.

The aggrieved farmers are also sore with the state government for its methodology to calculate their compensation package.

The state government has cited an order, issued in June 2017, which stated that for land in rural areas, the compensation is calculated by multiplying the market rate determined by its distance from urban areas.

Meena, however, has demanded that the Central government’s compensation rate would be applicable, as the NHs are inter-state ventures. 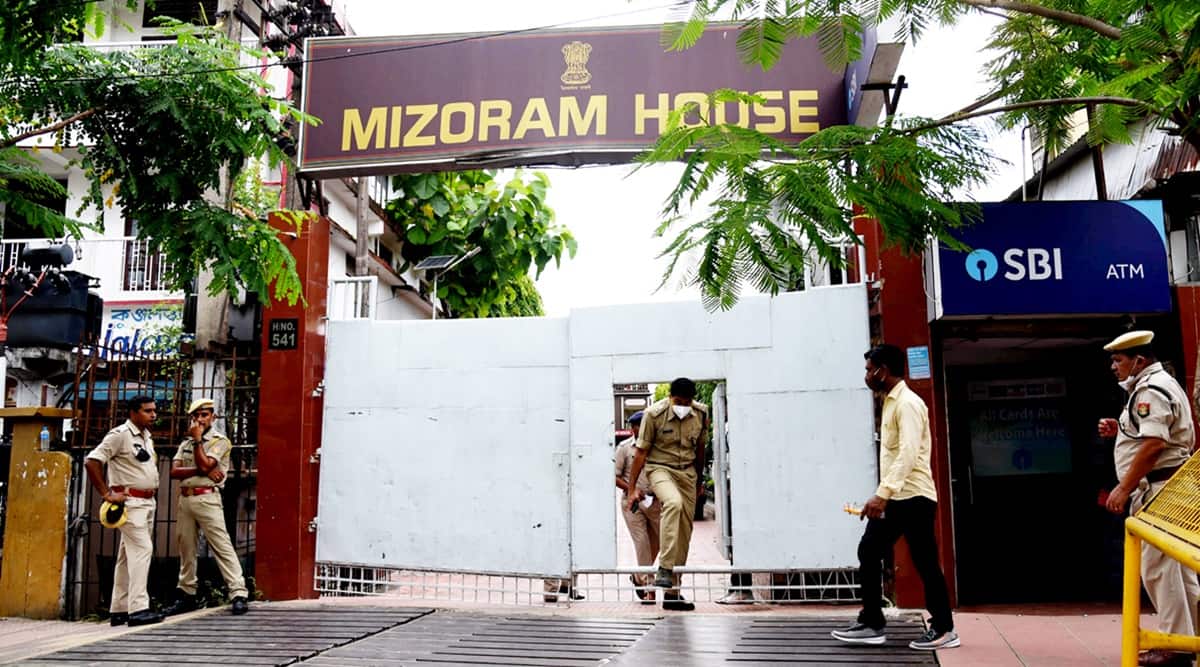